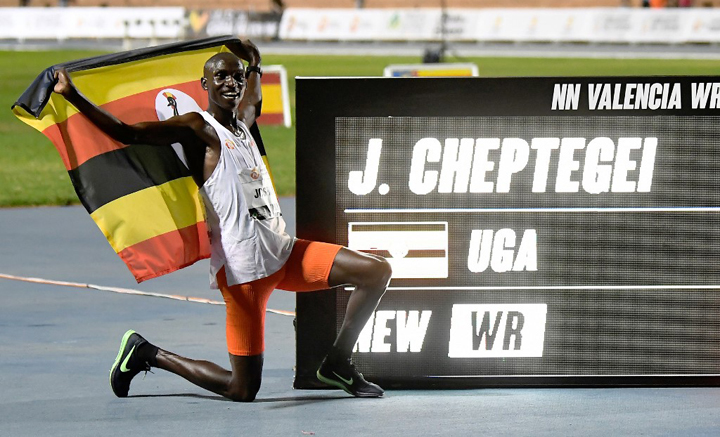 Joshua Cheptegei continues to reap from the recent heroics that saw him break a fifth World Record at the NN Valencia run in Spain.

The 24-year-old's impressive records on the track have forced Kampala City Council Authority (KCCA) to consider renaming one of the major streets of Kampala in his honour.

"It is absurd that in Uganda we have a culture of appreciating many of our sportsmen and sportswomen after their death. As KCCA, we are tabling a proposal to rename one of the major streets in Kampala Cheptegei. He is a legend and deserves it," Lukwago said.

Lukwago pointed that although the street to be renamed after Cheptegei was yet to be confirmed, the institution has options which include Dewinton and Colville streets. He reasoned that "renaming a street after Cheptegei will be a motivation to the rest of our athletes in the country to work hard in their different capacities."

Cheptegei broke the 10000m track world record last Wednesday after clocking 26 minutes 11 seconds. He had earlier broken the 5km, 10km, and 15km road races before the 5000m record in Monaco.

The other Ugandans for the 21km meet depart tonight for Europe led by coach Benjamin Njia.