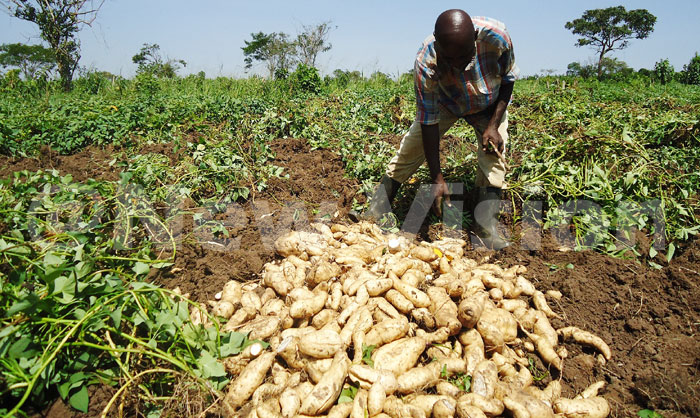 "Organic methods can be applied without the use of synthetically compounded fertilizers, pesticides and livestock feed additives. If we embrace them, we would have gone a step further in saving our environment, but also protecting human health and seed gin," said Hakim Baliraine, ESAFF National Chairperson.

He was speaking ahead of the National Organic Week, which kicks off Monday, under the theme, ‘Embracing organic products for healthy living amidst COVID-19.'

He said organic farming should be embraced because it has a smaller carbon footprint, conserves and builds soil health, replenishes natural ecosystems for cleaner water and air, and does not leave toxic pesticide residues.

He said once fully embraced, it would also help farmers reduce their production costs, by cutting down expenses ordinarily incurred on the purchase of expensive chemicals and fertilizers.

The Programs Officer, Research and Policy, Bagaga Ronald, said at a time when the world is battling a pandemic whose defeat is highly related to nutritious feeding, small scale farmers should embrace organic farming.

"Food grown organically is rich in nutrients, such as Vitamin C, iron, magnesium, and phosphorus, with less exposure to nitrates and pesticide residues in organically grown fruits, vegetables, and grains which has been proved to boost the body's immunity against COVID-19," he said.

He said with the National Organic Agriculture Policy 2019 in place, there is hope that more farmers and consumers will embrace farming and products.

The Policy prohibits the use of synthetic inputs such as drugs, fertilizers and pesticides in farming. It encourages farmers to utilize manures composted in their farms to increase plant nutrients in the soil.

In fighting pests, it stipulates that farmers use plant combinations technically known as bio-rational to dispel pests and disease causing agents from their crops fields.

Organic Agriculture which is a production system that sustains the health of soils, ecosystems, and people plays a key role in driving the small-scale farmers towards higher productivity, self-sufficiency and supporting export promotion.

Worldwide, in terms of the number of organic farms, Uganda occupies the fourth position, after Italy, Indonesia and Mexico.

It is estimated that about 231,157 hectares of land in Uganda are managed organically, which is about 1.32% of its total agricultural area.

Presently, it is seen as critical in achieving food and nutritional security, poverty alleviation and building community resilience to shocks such as COVID-19.

Agriculture is recorgnised by the Uganda government as a source of growth, employment and poverty eradication both in the National Development Plan II and the Vision 2040.

The sector contributes approximately 22.5% to the national gross domestic product (GDP), according to records from the Uganda Bureau of Statistics (UBoS).

It also employs more than 85% of Uganda's population and is as such a major player in the country's income per capita distribution.