Protests in Nigeria over police brutality
Next Story

African leaders, policymakers and scholars said the continent is leveraging on robust cooperation with China to acquire capital, skills and technology.

African leaders, policymakers and scholars said the continent is leveraging on robust cooperation with China to acquire capital, skills and technology.

Deila Zerga has struggled to provide basic needs to her kids amid deprivation rampant in her low-income dwelling area in the northern suburb of Addis Ababa, the capital of Ethiopia.

The 50-year-old mother of six found her bearing in August when the China Foundation for Poverty Alleviation (CFPA) gave her a cash donation of 4,720 Ethiopian Birr (about 131 U.S. dollars) to help relieve the family's financial hardships that have been worsened by the COVID-19 pandemic.

Zerga, who is heading an HIV positive household, had previously received cash donations twice from CFPA, which has been lending a helping hand to transform livelihoods of under-privileged households in the Ethiopian capital.

"I bought a full dress with the first round of cash handout. The second round of cash came during the early days of COVID-19 outbreak in Ethiopia. I used it to buy food," Zerga told Xinhua during a recent interview.

"The third round of cash handout came just as I was short of cash to buy teff (an Ethiopian staple crop). I'm happy the money came during this difficult period," Zerga added.

Zerga's 11-year-old daughter Ekram Bashir was in high spirits as she recounted how the cash donations from CFPA fulfilled her desire to dress like her peers.

"My mother has bought me shoes and clothes with the cash donation," said Bashir.

The benevolence of CFPA has brought cheer to under-privileged households in Ethiopia since 2015, when the charity commenced operations in the Horn of Africa nation.

Speaking to Xinhua, Daniel Worku, a project manager at CFPA, said the cash donation program to HIV positive households is a continuation of other pre-existing programs, including a school feeding project being done in various parts of Ethiopia.

"In this project, we give priority to those students who have HIV in their blood and also parents living in the same household who are HIV positive," Worku added.

Worku said that with the COVID-19 pandemic forcing schools to be shut down, the cash donation to low-income households serves as a kind of food security to households with children. 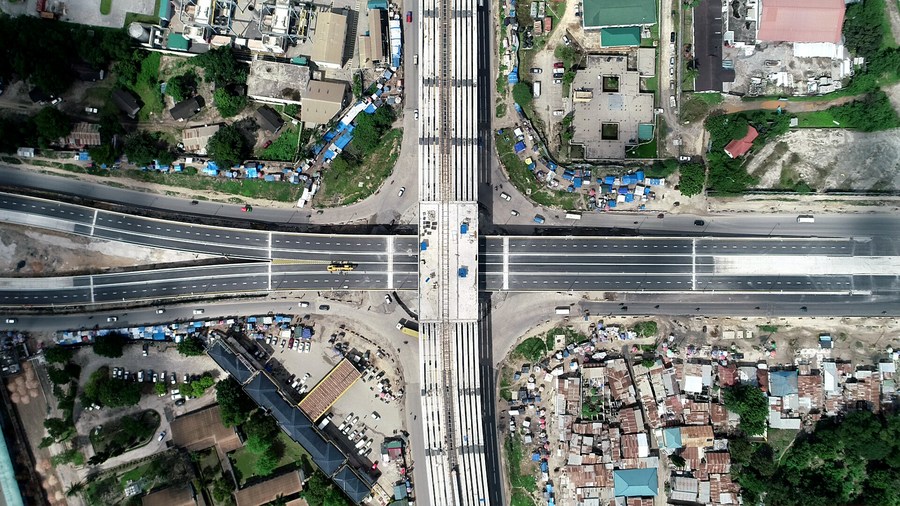 Photo taken on May 2, 2020 shows the Ubungo interchange, the biggest project of its kind in the country under construction by China Civil Engineering Construction Corporation (CCECC), in Dar es Salaam, Tanzania.

The charitable activities of CFPA in Ethiopia, including support for school feeding programs, women empowerment and provision of clean water to households, mirror the view that China has bolstered efforts to eradicate poverty across the African continent.

African leaders, policymakers and scholars said the continent is leveraging on robust cooperation with China to acquire capital, skills, technology and best practices required to back the war against deprivation.

Namibia's President Hage Geingob said in a statement in early April that Namibia would like to draw lessons from China in poverty eradication, through closer bilateral cooperation and support.

Geingob said the eradication of poverty and hunger in Namibia is a key policy objective of the Namibian government.

"The Namibian economy has been severely affected by the outbreak of the coronavirus, which threatens our socio-economic stability, and the gains we have made to reverse poverty," Geingob added. 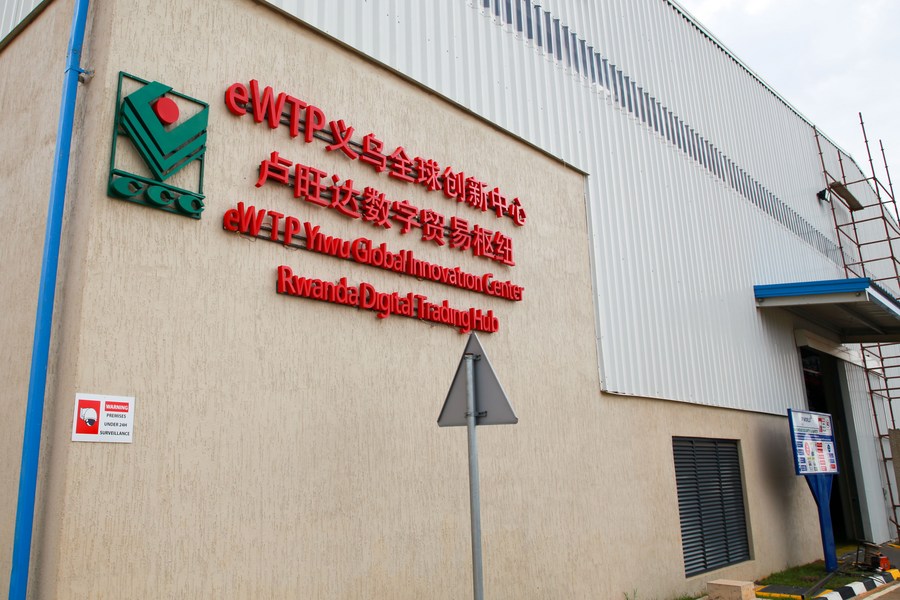 The World Bank said in a report titled "Accelerating Poverty Reduction in Africa" that the share of Africans living in extreme poverty has fallen substantially, from 54 percent in 1990 to 41 percent in 2015, but due to high population growth during the same period, the number of poor people in Africa has actually increased from 278 million in 1990 to 413 million in 2015.

According to the African Union, the COVID-19 crisis has increased poverty with the African Development Bank estimating that the pandemic will push between 28.2 million and 49.2 million more Africans into extreme poverty.

"Just as China's remarkable achievements in lifting its people out of poverty contributed to major advances under the Millennium Development Goals (SDGs), so can Agenda 2063 have similar impacts on SDGs," said Mohammed.

Agenda 2063 is Africa's strategic framework that aims to deliver on its goal for inclusive and sustainable development.

"They (Chinese) were able to lift themselves out of poverty by using their own resources, by mobilizing their people, by using organizational methods that make sure that there is cohesiveness, that there is a sense of direction and strict adherence implementation guidelines," he said.

The Nigerian government in 2019 set a 10-year target of lifting 100 million Nigerians out of poverty in the most populous country on the continent. 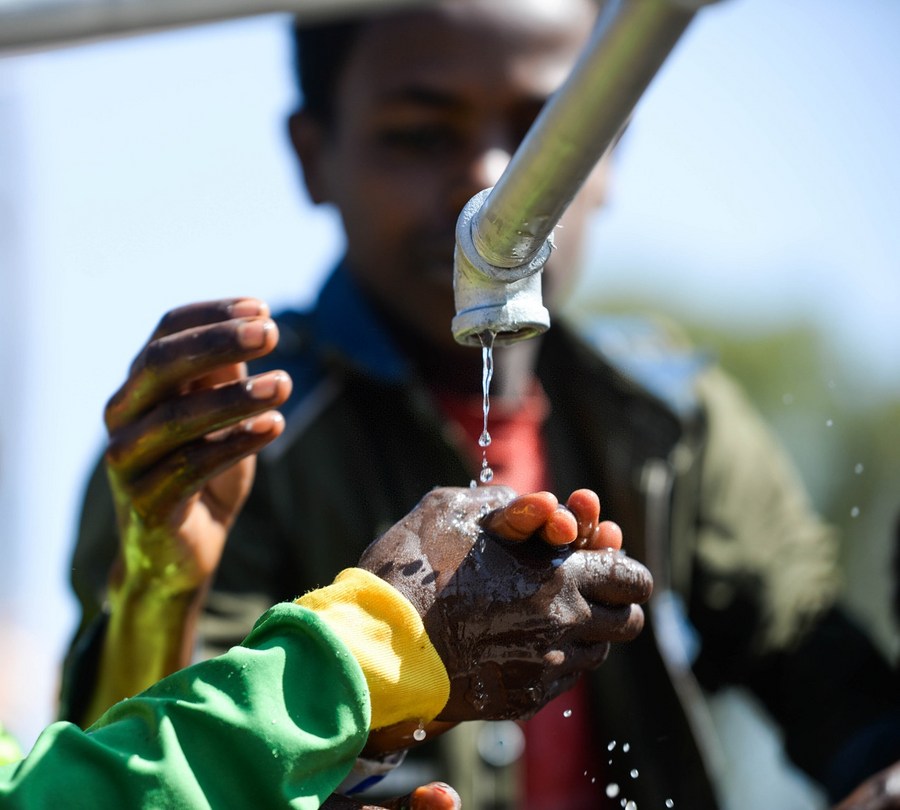 For Efem Ubi, a senior research fellow at the Nigerian Institute of International Affairs, Nigeria can learn much from China in the process of poverty alleviation.

Ubi said the question for African countries is how they can achieve Goal 1 of the SDGs, which aims to end poverty in all its forms by 2030. One way is to find out what lessons African countries can learn from China.

Ubi said Africa can benefit from the China-proposed Belt and Road Initiative, because it will provide African countries with great opportunities to build their infrastructure as well as develop industrial capacity.

African officials hold that the phenomenal success of China's poverty alleviation initiative that hinges on political goodwill, reform and opening up to the outside world, inspires the continent.

"Actually, I was shocked by the infrastructure there, especially the transport connectivity, and the way the government resettled poor people is quite impressive," said Kwabena.

"Through my trip, I learned grassroots officials in China have established standard databases for poor people, and that allows them to take targeted measures to alleviate poverty, which is a useful lesson for Ghana to learn," he said. 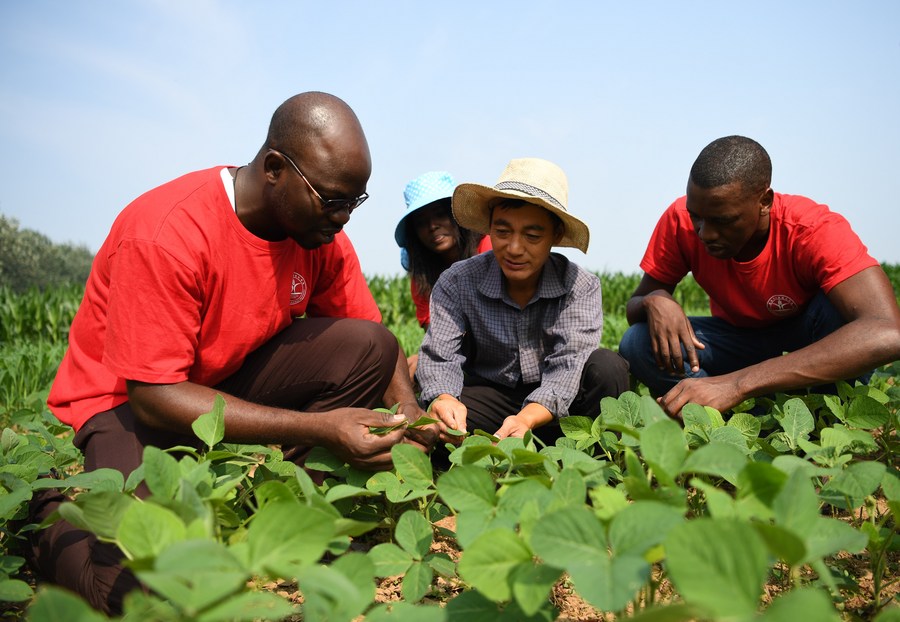 The Ghanaian government has rolled out "One district, One Factory" policy in recent years, which aims to further open up its rural areas and woo more investors there.

He praised China's innovative poverty alleviation efforts in developing rural communities through the use of e-commerce platforms.

Raphael Tuju, secretary-general of Kenya's ruling Jubilee Party and minister without portfolio, said he was impressed by China's achievement in lifting more than 700 million Chinese people out of poverty over the past few decades.

"There is no precedent in the history of mankind. If China can achieve that, it gives us a flicker of hope and light at the end of the tunnel," he said.

According to Tuju, his first encounter with China was when he was a child. He said, "The enduring image of China was mostly about the Chinese with straw hats in the rice fields."

Afterwards, the picture about China was about streets with thousands of bicycles, he said. "But now, if you ask any Kenyan about China, the first thing is about the Standard Gauge Railway linking Mombasa and Nairobi, and Guangzhou, where the Kenyans go to buy clothes and other things they need." 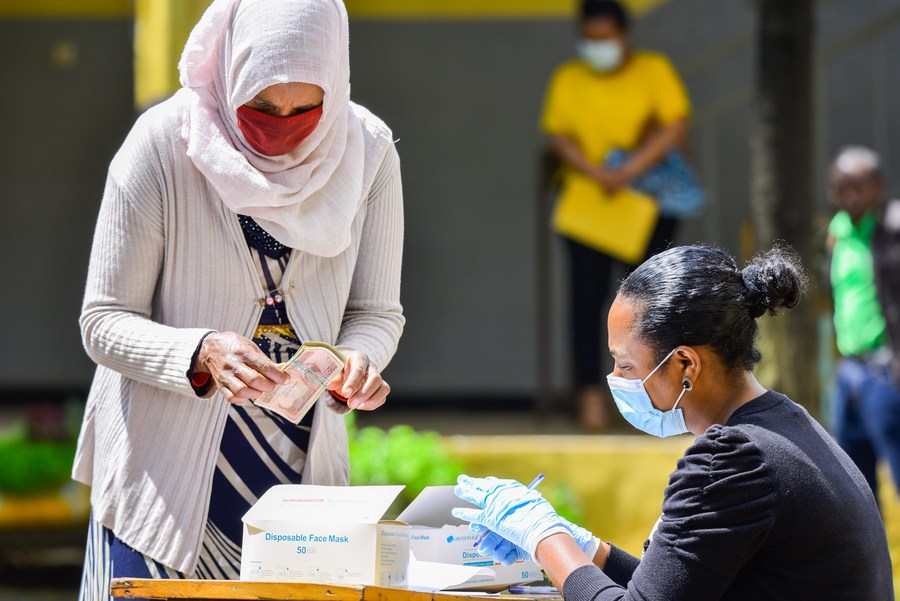 "There are problems of disease, problems of infrastructure and problems of poverty. Africa is just overloaded with problems," he said, adding that one of the biggest slums in Africa is in Nairobi.

"But if you look at what has been achieved in China," Tuju said, "it gives us hope that something can be done in our lifetime."

Oyam school has no desks