When last year's primary school enrolment rate is compared with the years before, the scales tip in favour of 2019. Last year saw a marked improvement in enrolment at primary school level. This was occasioned by, among other variables, better funding for the education sector, increased capitation grants and enhanced ministry sensitisation drives aimed at encouraging parents to send or keep their children in school.

A 10.78% rise in enrolment [which was an increase of 1.94 million] from 8.84 million in 2017, spoke rather boldly to that fact. By all accounts, the primary gross enrolment ratio, unlike that of pre-primary and lower secondary, has since the introduction of Universal Primary Education (UPE) in 1997, been on an upward trajectory.

While the education ministry registered considerable gains in improving access to primary education as noted in the 2019 World Bank report: Economic Update on Human capital in Uganda , it has lately been in the cross hairs of several civil society organisations for ostensibly underperforming on improving primary level literacy and numeracy learning outcomes.

A World Bank report says only 6% of students in Uganda could read a paragraph at the end of P.4 and in terms of numeracy skills, only 2% could solve a simple, age-appropriate mathematical problem.

The last National Assessment of Progress in Education (NAPE) carried out in 2014, indicated that the proportion of P6 pupils who reached the defined proficiency levels in numeracy and literacy in English was 39.4% and 38.3%, respectively.

To make amends for the above discrepancy,  the education ministry has been putting a premium on the Early Grade Reading (EGR) programme, which among other things, aims at enhancing primary literacy instruction.

Last year, over 103 districts implemented the EGR methodology. As a result, more than 14,790 P.1 to P.4 teachers and 1,150 pre-service tutors have been trained in the EGR methodologies. In the same vein, the ministry, spent sh14.53b and is currently spending sh14.44b more this year to provide instructional and scholastic materials in primary schools, across the country.

As a result of the interventions, the textbook-to-pupil ratio improved from 1:14 to 1:5. Under the Uganda literacy achievement and retention activity, 250,719 pupils' books, 628,553 pupil story cards, 235,622 supplementary reading books and 5,679 teachers' guides were printed and distributed to UPE schools across the country. In the financial year 2018/2019, the education sector registered a slight increase in the Primary Leaving Examination (PLE) pass rate of 0.4% points.

At the end of last year, several educationists like Fagil Mandy said pre-service tutor trainings would not only enhance pupils' learning outcomes, but would also stand many teachers in good stead. This is principally those who lacked basic subject knowledge and pedagogical skills. 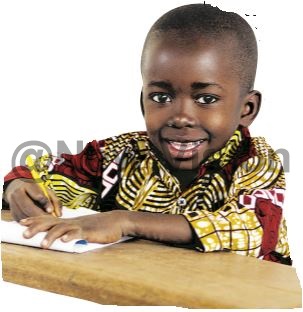 While touring primary schools in Lwengo district early this year, education ministry permanent secretary Alex Kakooza said the ministry, was set to scale up the EGR programme across the country.

The move was to support the thematic curriculum and to improve learning and achievement levels in literacy and numeracy in lower primary grades and the transition class.

"The EGR programme is like a mustard seed. It may have its inefficiencies now, but the net effect will be improved literacy outcomes for pupils across the country, not a stagnation in enrolment rates as the World Bank says in its report. Better learning outcomes will embolden more people to enrol their children in school," Shmuelo Ssebwana, an education consultant of Sias Book Trust Holdings, says.

At the postprimary level, the ministry also made several inroads, last year, as evidenced by capital investments in secondary school constructions in underserved areas. This is under the Uganda Intergovernment fiscal transfers for Results programme.

A total of 117 sub-counties without a public secondary school received funds in FY2018/2019 to construct new seed schools. Experts reckon that if Uganda is to effectively build its human capital, it needs to increase access to lower secondary education and achieve a 46% lower secondary enrolment rate by 2025.

Such initiatives will be of paramount importance. In the financial year 2018/19 and 2019/20, the Government recruited 8,300 more teachers for secondary schools. A total of 2,000 more teachers are currently being recruited. 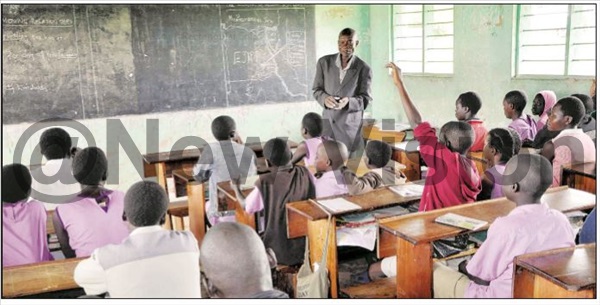 Relatedly, the ministry also procured 5,250 textbooks for Senior One and Senior Two chemistry, physics and biology in 20 secondary schools.

A total of 17,167 mathematics, physics, chemistry, and biology textbooks for 242 A'level schools in financial year 2018/19 and 2019/20 were also procured. It is reckoned that these instructional materials will improve the student-teacher/ student-textbook/scholastic materials ratios.

They are also expected to engender better learning outcomes and pass rates in English, mathematics, science and other subjects. The development comes against a backdrop of poor pass rates at the secondary level.

Tumukunde met with an empty campaign venue in Adjumani

Tumukunde met with an empty campaign venue in Adjumani