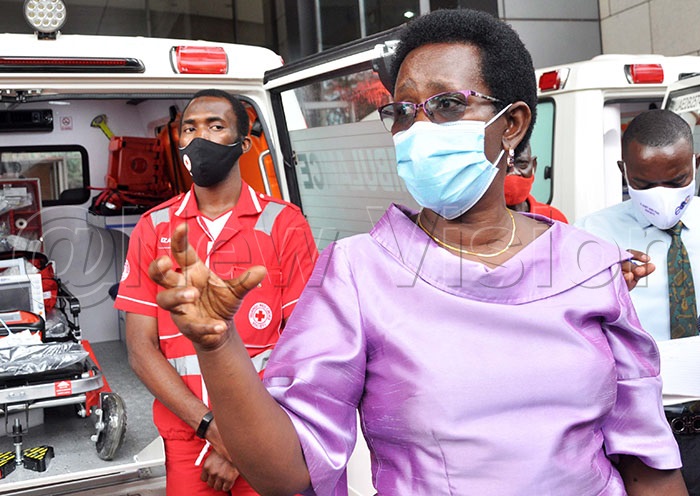 
The Ministry of Health has procured 38 ambulances at a cost of sh11b to resolve issues of lack of transport for patients especially those suffering from Covid-19.

"We have imported 38 ambulances to transport our patients especially those affected by Covid-19 from all over the country. They are now on the ship and within two weeks, they will be in the country," Ministry's Permanent Secretary Dr. Diana Atwine said during an interview with this reporter in Kampala.

However, Atwine said unlike in the past where the vehicles were attached to a health facility, this time the ambulances will be stationed and managed at the regions and whoever wants them, will be able to call and be picked.

The move according to Atwine is to avoid issues of misuse and mismanagement that has been observed with the ambulance services over the years.

"You find, an ambulance grounded just because of a tyre, a simple problem. They say no fuel etc. In the new arrangement we shall train people at the command centers, put a call center so that when any one calls at the center, is picked immediately and taken to the health facility," she added.

Atwine citing the Red Cross method of managing ambulances said the ambulance services have had challenges but the Ministry is trying to bring efficiency.

"We carried out a study and we discovered that the regional management of ambulances was more effective and efficient. Let's try because we have the will," she said.

Last month, Government handed over 10 ambulances to the Uganda Red Cross Society which were to be deployed on selected highways in the country to respond to emergencies. 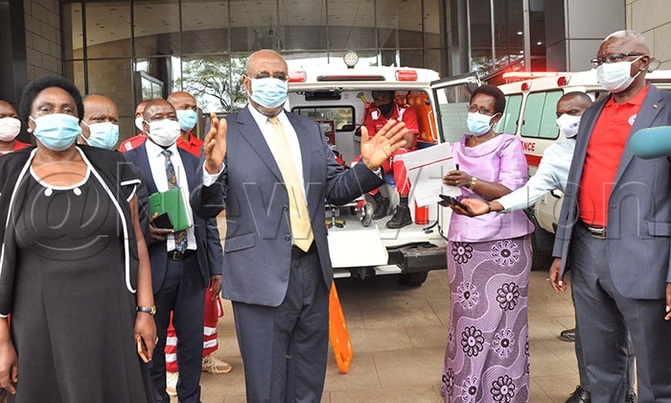 The ambulances were procured at a cost of sh8 billion by the Uganda Red Cross Society using funds received from the Ministry of Health.

Handing over the ambulances, Prime Minister, Dr. Ruhakana Rugunda said the ambulances would be operating on highways which are considered to be hot spot areas prone to accidents and other emergencies that require evacuations.

A survey conducted by Makerere University School of Public Health in 2018 revealed that 70% of ambulances used in Uganda to ferry patients to hospitals lack equipment, medical supplies or even trained personnel.

Findings from the survey showed that the level of care given to patients is substandard during transportation to health facilities. Findings also show that a number of ambulances do not have essential medical supplies or equipment like pain medication, vital signs monitors, an electrocardiogram (ECG) machine, a defibrillator or an intubation set used to clear blocked airways.

New Vision has been running series showing what patients go through to access ambulances especially public ambulances. It was discovered that some patients die due to delay or failure to bride the drivers.

Some patients are even asked to pay for fuel. As a result of the challenges, ambulances are provided by individual MPs

The MPs talked to though applaud the Ministry's move to procure ambulances, they wondered why the Ministry of Health does not budget for ambulances at facilities.

"Why didn't they budget for this money and give it to the health facilities? MP Charles Ilukor asked.

Amos Lugolobi said he has been buying fuel for the ambulances in some of the health facilities because they have no money.