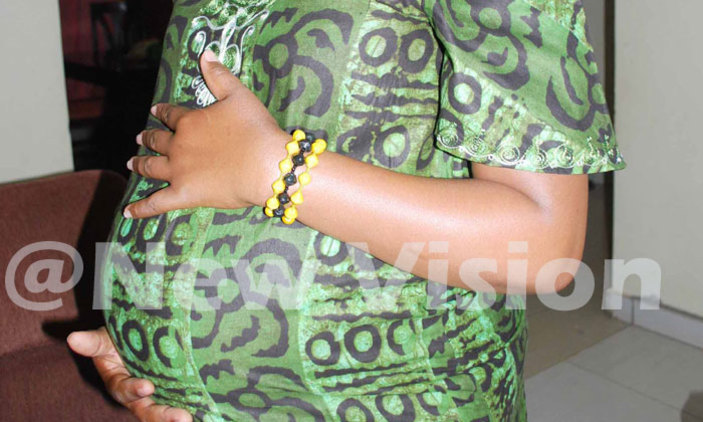 World Contraception Day takes place on September 26th every year. Under its campaign, every pregnancy is wanted. But in Uganda, this vision came under attack because of the lockdown which made access to sex easy but hard or impossible to family planning services and information. The result was an explosion of unplanned pregnancies and abortions as Agnes Kyotalengerire found out.

When Monica Kayesu, 36, a mother of four, sought family planning services earlier this year, she settled for an intrauterine device (IUD).  Unfortunately, the lockdown took effect at on March 20th, the day she was to have the coil inserted. With public transport banned, Kayesu could not get it inserted in April and conceived in May. She is five months pregnant and cannot come to terms with the idea of having a fifth child.

"My desire was to have only four children and I thought I had succeeded. Now I wonder how I will cope amid the economic struggles of COVID-19," ponders Kayesu, a market vendor in Gayaza sub-county in Kakumiro district.

Sadly, Kayesu's story mirrors that of many women facing unique challenges in accessing reproductive health services during the COVID-19 lockdown. Unlike her, many women resorted to abortion, but that, too, has had devastating effects on them.

Data across the country shows that abortion cases have risen in Uganda, in some cases by 100%, blame it on COVID-19 lockdown, which made access to family and reproductive health info and services either impossible or unaffordable, driving women and girls into abortion to deal with the consequences.

Medical facilities say the number of pregnant women reporting with incomplete abortions, or requesting for one, peaked in June, exactly three months after the Government slapped a total lockdown on the country, rendering access to contraceptives hard if not impossible.

Health workers say in the three months, in which men and women were confined together, "ending up in bed all the time", just a tiny fraction of women received the all-important family planning services. The result? An explosion of unplanned pregnancies—and the resultant rush for abortions—among both teenage and married women.

Medical workers warn up to 60% of these pregnancies will end up in abortion and death besides emotional damage to the women and girls.

Given that abortion is illegal in Uganda, the women will opt for unsafe abortions, which have severe health risks including death of the mothers.  This will raise the country's already sky-high maternal mortality rate of 336 per 100,000 live births even higher.

Reduced contraceptive uptake during the lockdown

Some women could not risk coming for contraceptive refill for fear of being beaten by local defense officers enforcing public transport restrictions. The most affected were women who commute on boda bodas, the sources note.

Health experts and planners now argue that the failure to access contraceptives fueled unplanned pregnancies among women of childbearing age.

They warn of a likely baby boom in December and January, February, March 2020 when the women will be due for delivery.

Dr. Emmanuel Mugisha, the executive director of PATH, notes that women ended up with unplanned pregnancies simply because they could not get the desired family planning methods.

"Remember, men were confined at home with their wives for a solid three months so they would end up in bed all the time," Dr. Mugisha notes.

He warns that this is likely to lead to very big population increase. When unplanned pregnancies increase, you end up with increased maternal mortality rate either due to miscarriages or abortions, he further warns.

The good news is that the uptake of family planning services is gradually shooting up again after the easing of the lockdown, doctors, and data across the country shows and all may not be lost, yet.

In Masaka hospital, for instance, only 139 women received family planning services in April, but the number rose in May to 170, according to Juliet Kintu Nakalanzi, the in-charge of maternal and newborn care at the facility.

After easing the lockdown, the numbers rose to 316 for June and 274 for July, causing a scramble for the few available contraceptives, she added.

Other factors fueling a spike in unplanned abortions

Apart from the lockdown limiting access to contraceptives, health workers point to regular stock-out of family planning commodities coupled with lack of a good method mix.

Rashi Simuya and Bernadine Nandyose, a medical worker at Kibuuku health IV in Kibuuku district and Masaka regional referral hospital respectively testify that the facilities have not had Implanon capsules (three year) contraceptive in the last four months.

Tentatively, the users have opted for the Implanon capsules which take five years. Others have chosen to wait until the facility receives a new stock of the contraceptive of their choice which may result into unplanned pregnancies, Nandyose warns.

Dr. Jessica Nsungwa, the commissioner for maternal and child health at the health ministry, says the government procured Implanon but the COVID-19 pandemic delayed delivery as most consignments were coming in by ship.

"COVID-19 has broken all the rules and plans to the extent that we cannot rationalize many things," she notes.

Nsungwa hopes the consignment will be delivered in the second week of September.

These stockouts mean it will take Uganda longer to reduce the unmet need for family planning, that is, the number of women who want to use contraceptives but cannot access them. As such unwanted pregnancies and abortions are likely to continue.

Uganda targets to reduce the unmet need to 10% and increase the modern contraceptive prevalence rate to 50% by 2020 up from 34% in 2011. But health experts, however, argue that this is still a pipe dream.

Medics battle with an increase in abortions

Given these grim statistics, abortion cases continue to soar. In Masaka, Hoima, and Iganga hospitals the numbers are appalling.

For example, Iganga hospital registered seven abortions in March and in April the number rose to 13. In May, abortions shot to 23 with two manual vacuum aspiration (sucking out retained products manually with a syringe).  In June, the cases rose to 31.

"Some women come bleeding heavily with attempted unsafe abortions; others request to have their pregnancies terminated, which we advise against," a medical worker said.

To save the lives of women, the health workers remove the retained products and stabilize them.

A male gynecologist in Kampala who did not want to be named revealed that his clinic has been registering many young girls seeking abortion.

In May, about three cases reported per week. In June, the numbers doubled to six teens requesting abortions.  Some girls had septic abortions.

Health workers at Kiyunga Health Center IV in Luuka district say the bigger part of their time goes to attending to girls who have attempted to abort.

Maggie Nanyombi, a project coordinator at Family Life Education Programme, attributed this to the lockdown which made it hard for young people to find sexual and reproductive health information and services. Sexually active teenagers ended up engaging in unprotected sex which has resulted in unplanned teenage pregnancies, she notes

Statistics on unplanned pregnancies, abortions, and the implication

Dr. Justine Bukenya of Makerere School of Public Health says over 60% of unplanned pregnancies will end up in abortion. The worry, she argues, is that the women will most likely procure unsafe abortions since abortion is illegal in Uganda.

Some will suffer complications and die, Dr. Bukenya notes.

About 1.2 million unplanned pregnancies occur annually in Uganda, 300,000 of which end up in abortion complications, according to the Guttmatcher report 2013. This translates into 820 per day and about 34 abortions per hour. Additionally, for every four maternal deaths, one is due to unsafe abortion complications.

Often the issues of family planning are considered a reserve for women, yet it takes two to tangle.  Dr. Nsungwa notes that since issues of contraceptive uptake start at household level, there is need for male involvement.

"Women should sit with their spouses and agree on the type of contraceptives to use, plus the number of children they would like to have," she notes

Unfortunately, there has not been a wide range of family planning methods for men other than the condom and vasectomy.

Data on vasectomy uptake is still conservative. Records from Reproductive Health Uganda (RHU) show that between January and October 2019, about 273 men from across Uganda received vasectomy services.

To encourage men to embrace vasectomy as a form of family planning, the health ministry has positioned male champions who have undergone vasectomy traversing different regions of the country, encouraging and mobilizing fellow men to go for vasectomy.

Dr. Bukenya calls for continued sensitization about the benefits of family planning since most women have misconceptions regarding side-effects.

This can be addressed through radio talk shows and community meetings. Besides, health workers should be equipped with more knowledge and skills to manage contraceptive side-effects, a concern for many women.

She calls for improved availability and easier access to contraceptives because the distance is a barrier to many women.

"Can we have village health team members or community health workers distribute self-administering contraceptives such as Sayana Press other than waiting for women to move to health facilities," Dr. Bukenya asks.

Holding policy dialogues with religious, cultural leaders and policymakers at the national level to address the issues of commodity availability will ensure different types of contraceptives women need are supplied, notes Dr. Betty Kyadondo the director of the family health department at the National Population Council.

However, this will require money, budgets, and ensuring that when these commodities are procured, they are supplied to where they are demanded, Kyadondo notes.