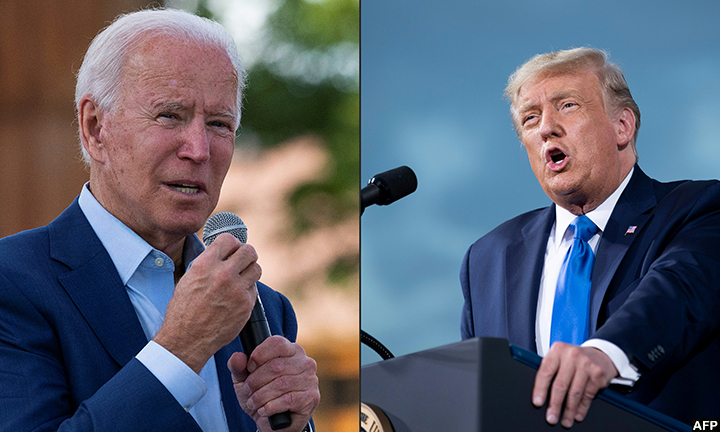 US Democratic presidential candidate Joe Biden said Saturday he expects "personal attacks and lies" from Donald Trump in their first televised debate on Tuesday, but showed confidence in his ability to stand up to him.

"It is going to be difficult," the former vice president acknowledged in an interview broadcast on MSNBC.

"My guess is, it's going to be just straight attack. They're going to be mostly personal. That's the only thing he knows how to do," he said of the Republican president.

As a result, Biden predicted, "it'll be mostly personal attacks and lies, but I think the American people are on to him."

The debate Tuesday in Cleveland, Ohio will be the first time the 77-year-old veteran politician has faced the president he has promised to dethrone. The men will meet again for two more debates before the November 3 elections.

Trump himself never ceases to mock what he says is his rival's lack of dynamism, nicknaming him "Sleepy Joe" and attacking his mental acuity.

The Democrat, however, said he was prepared.

"It's not like it's going to come as a surprise. And so, I'm prepared to go out and make my case as to why I think he's failed and why I think the answers I have to proceed will help the American people and the American economy, and make us safer internationally."