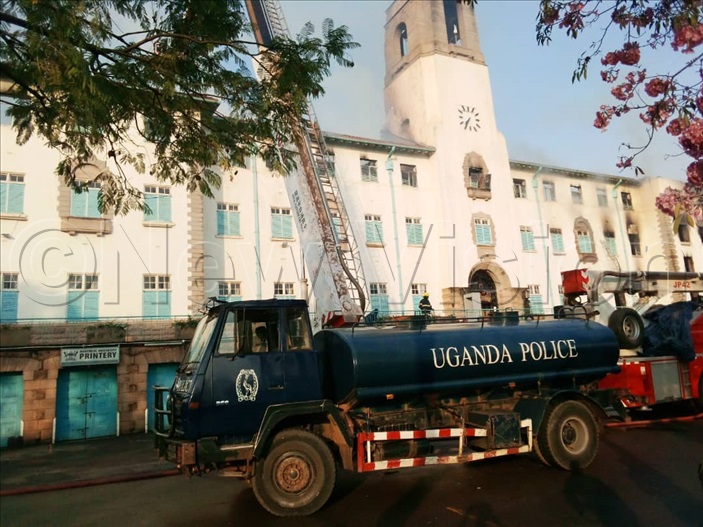 The police are actively investigating a fire outbreak that happened at Makerere University's main building which started at around midnight on Sunday.

According to a statement by the police, fire and rescue services responded and managed to contain its spread.

"The fire is believed to have started from the roof spreading to floors that house both records and finance departments, destroying a lot of property," said Luke Owoyesigyire, Deputy Police Spokesperson, Kampala Metropolitan the police, adding that Investigations are going on to ascertain the exact cause of the fire.

Makerere University's main building, the Ivory Tower, caught fire in the wee hours of the Sunday morning, which fire spread and covered all floors of the right side of the building.