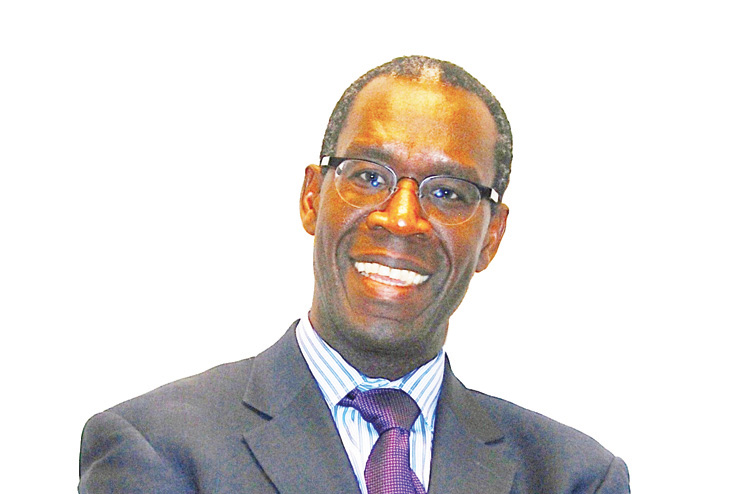 In a modern law and order state like Uganda is there still a place for traditional ways of resolving conflict? The story in Monday's New Vision titled, "Kanyamunyu opts for Acholi justice system" suggested there is.

Matthew Kanyamunyu, 37, on trial for the alleged murder of child rights activist Kenneth Akena Watmon on November 12, 2016 reportedly reached out to the family of the victim to settle the matter using the traditional Acholi Mato Oput.

Kanyamunyu allegedly pulled a pistol and shot Akena in the stomach. Then in a twist, he bundled the mortally wounded man and drove him to hospital. To date, Kanyamunyu has denied causing Akena's death.

Skeptics who do not understand mato oput will immediately see a desperate man with resources trying to escape responsibilities for his actions.

They would point to the transactional nature of the process in which Kanyamunyu will provide compensation to the clan of the victim.

But, far from it, Mato Oput is more than that.

It is the Acholi traditional way of restoring communal harmony after a horrible incident, usually involving loss of life. It is based on certain premises. The first is that when someone injures or kills another whether deliberately or accidentally, the social ties that bind community members are severed. People normally happy to interact with each as dano adana, human persons, are shaken to their core.

Secondly, Akena's tragic death is not only a family, but a communal tragedy. Many beyond the immediate family are traumatised by the horrible event. To re-establish the social bond that was temporarily destroyed by the act of killing, the extended community is involved in the process of reconciliation.

The third most important premise of Mato Oput says that even when someone commits a heinous crime, as happened in Akena's case, he or she need not be made a social outcast for the rest of their natural lives. Modern law and order, of course, says the opposite — found guilty in a court proceeding, the perpetrator is thrown in jail or faces capital punishment. Not so for Mato Oput. Redemptive, it permits the family of the victim to put aside anger and sense of loss they have suffered to seek to know what really happened.

By starting the process of reconciliation, Kanyamunyu is required to publicly come clean about what really happened — no more hiding behind legalese and lawyers. If in the process of the truth-rendering he is found credible, the next phase involves Culo Kwor, restorative restitution for the loss of life.

This is not to make the family of Akena or clan rich or to profit from the death of their son.

And even if the perpetrator was a billionaire with dollars parked in bank accounts, Culo Kwor demands only a token amount, paid by the entire clan of the perpetrator. Kanyamunyu may have committed the act alone, but in Acholi traditional justice, his entire clan is responsible for the act. A child, after all, is raised by a village.

Mato Oput, in this sense, is not so much about compensation — you cannot really put a price on human life — but a process by which both sides to the conflict can put aside their previous views of the other side and consider each other, foremost, as human persons, dano adana.

By reconciling with Akena's kin, Kanyamunyu is forced to see Akena through their eyes; he recognises the humanity of the family and the community that called Akena a son. In the two-way process, he, Kanyamunyu, is also humanised. Akena's death may have made him to seem to be a monster.

But the process of Mato Oput allows Akena's family to see Kanyamunyu as dano adana, a human person.

Finally, during Mato Oput, literally, the bitterness between the parties is swallowed by drinking the bitter herbal drink made from the roots of the oput tree, the part from which the process gets its name. It is a moment that allows the community to let out a collective sigh, to start living again, without fear, regret and anger for what happened.

This process of putting to rest the past is a big part of Mato Oput — it requires that once the facts of the case is established in the communal memory, the community is encouraged to move forward without further bitterness.

When applied, for example, in cases of victims of atrocities committed by the Lord's Resistance Army (LRA), the method was extremely important in three ways. First, it brought together a community that had suffered unspeakable crimes to speak about them.

Former LRA perpetrators publicly described in very clear language what they did, the crimes they perpetrated.

The victims of the crimes heard from the mouths of the perpetrators what exactly happened, how and why they did what they did.

Secondly, victims who survived the incident were asked to speak about what they experienced in their person-hood.

Finally, it allowed survivors to begin healing from the trauma suffered as a result of the incident.

In the case of Kanyamunyu, the law of the nation will still need to decide what should happen to him. If found guilty or if he chooses a plea bargain, which is very likely, he could still end up behind bars for many years.

But by starting the process of conflict resolution with Akena's community, Kanyamunyu has taken a bold step to face what happened and find relief from a strong sense of guilt and self-loathing. After Mato Oput, he should live the rest of his life as best as he can knowing he accepted responsibility for what happened.

The lesson for Ugandans is the rich cultures the country still retains after years of assault by foreign concepts. In all aspects of life including marriage, birth of a child, death and burial, Uganda's many cultures remain relevant and vital. But they must be zealously safeguarded, nurtured and enriched.

To this end, kudos to Ker Acholi, headed by Lawi-Rwodi David Onen Acana II and the Acholi religious leaders for mediating between the families of Kanyamunyu and Akena.

The process allows one man to finally begin his journey toward making right the wrong he committed four years ago and a community he wronged to begin healing.