Nothing wrong with pleasures of food, sex,...
Next Story

A fire brigade truck, that had arrived earlier at the scene, left without accomplishing much

A fire brigade truck, that had arrived earlier at the scene, left without accomplishing much

A four-storey building that was under construction has collapsed in Kifampa Zone, Makindye Division behind Calendar Rest House trapping several construction workers burried under the rubble.

Neighbours and other young men  gathered around the accident scene and used various tools including axes, hoes and hammers to try and dig out the victims, who were residing at the site.

A firebrigade truck, that had arrived earlier at the scene, left without accomplishing much although the Police maintained heavy deployment around the area. Rescuers and curious onlookers used mainly phones and hand flashlights to provide light for those trying to rescue the victims.

Some eyewitnesses claimed the workers were gathered in one of the unfinished rooms having their supper when the building collapsed at about 8-9pm.

By press time, one person had been rescued while several others remained trapped under the debris. 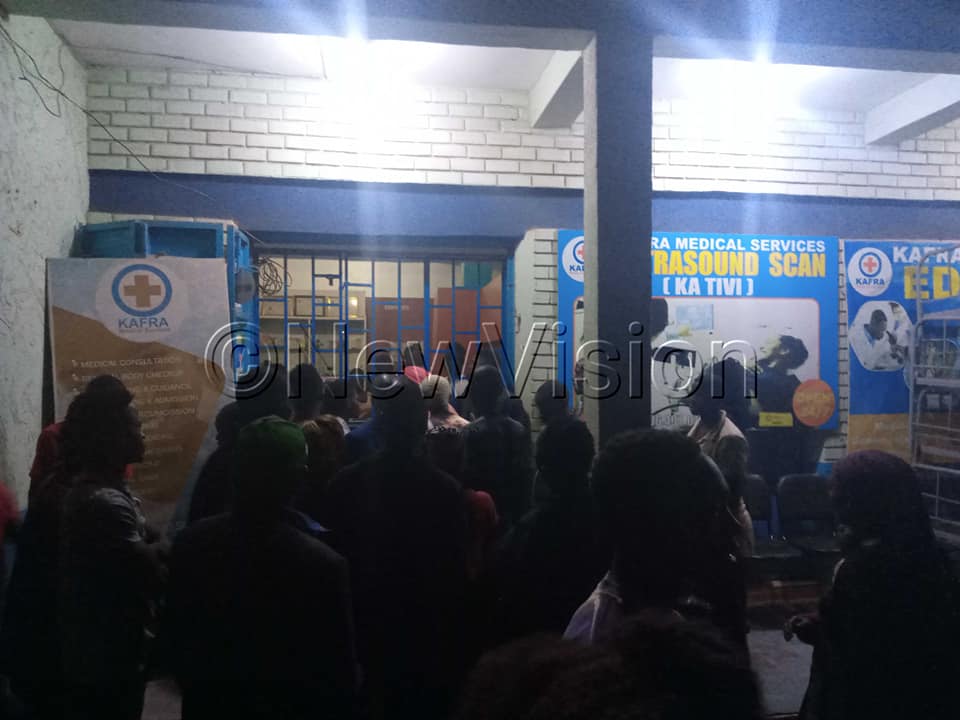