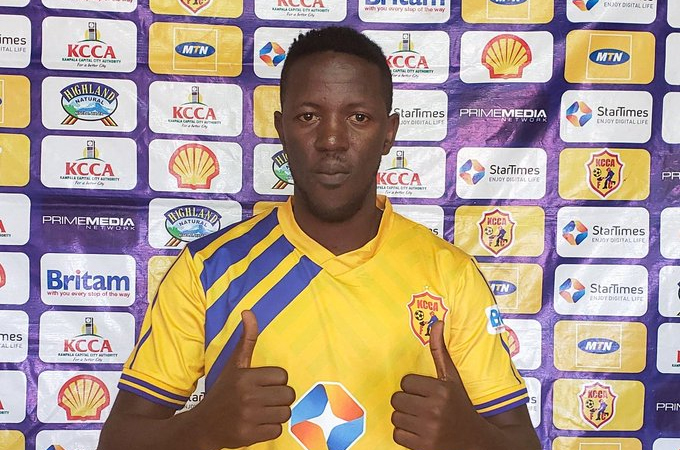 KCCA FC's new signing Juma Balinya says he is ready to deal with the competition for places at the club after he was signed a three-year deal and was unveiled on Sunday.

"I'm always ready for the competition since in football if there is no competition, you can't move from one step to another. I know there are so many good players here and I welcome the competition.

If you want to be the best you have to work hard. The fans should expect a creative and goal-scoring player. I will work hard to make them happy," Balinya stated.

The 23-year-old was the Uganda Premier League's leading scorer in the 2018/19 season with 19 goals while at Police FC before moving to Tanzanian Giants Yanga SC the following season.

At Yanga, his contract was terminated after just five months following claims that there was a breach of contract.

He later moved to Kenya Premier League champions Gor Mahia and quickly impressed before expressing his desire to leave due to unpaid arrears which culminated in the move to KCCA.

KCCA coach Mike Mutebi believes Balinya's addition will play a key role in the team's success in the coming seasons.

"Signing Balinya is going to make the team strong and this is an added responsibility to him. He is going to play midfield where he is going to compete with Ashraf Mugume, Steven Sserwadda among others.

If we can have each of our forward score ten goals, then attacking midfielders eight each, I think it will add more to our goal-scoring threat. Indeed, we have been the top scorers since 2015 and we need to score more goals. We need 100 goals but also that comes with players being consistent and playing well," noted Mutebi.

KCCA is set to compete on four different fronts next season.