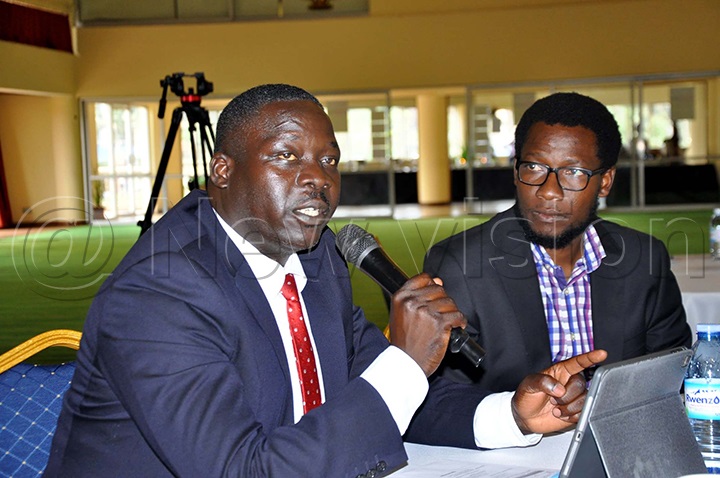 The people of Busia want this law passed because many of their children have been killed.
TOP News STORY
Thu Aug 06 2020 .
Why the delayed legislation on ritual murders?

The people of Busia want this law passed because many of their children have been killed.

Legislators have faulted the finance ministry on the delayed enactment of a legislation criminalizing human sacrifice.

Members of the civil society fraternity on Thursday pushed Parliament to have the Prevention and Prohibition of Human Sacrifice Bill, 2019 passed before the term of the 10th Parliament elapses.

The Bill seeks to establish human sacrifice as an offence independent of murder.  The Bill suggests the maximum penalty of death.

In the Penal Code Act, human sacrifice related cases are prosecuted as murder or manslaughter; however, it is unusual for a person alleged to have sacrificed a person to be charged with murder, manslaughter, or any other offence against the person.

Peter Swakiryanga, the executive director of Kyampisi Childcare Ministries, said children have been the most affected by the crime.

However, what is concerning according to Swakiryanga, there is no specific law on human sacrifice that takes cognizance of the nature of the offence and specific rules to deal with the practice.

The forthcoming elections are another concern. Swakiryanga said that reports in different countries such as Tanzania, Ivory Coast and in Uganda itself indicate that cases of child sacrifice tend to go high during elections.

"Innocent children are ritually murdered by people pursuing political offices because there is a myth that they will be endeared before the voters if they shed blood for the evil spirits," he said.

He said that their organization during the last elections in 2016 registered 46 cases of children who were ritually murdered.  "26 others are still missing until now," he said.

Since this year started, he said the organization has registered and investigated over 20 cases.

The UN Convention on the Rights of children recognizes "the right of every child to a standard of living adequate for the child's physical, mental, spiritual, moral and social development".

Children are being mutilated across the borders with Kenya and Tanzania and this shows the seriousness of the crime," he said.

According to Jane Nabulindo, the woman MP Busia district, this explains why cases of child sacrifice are on an increase in her area of representation.

"The people of Busia want this law passed because many of their children have been killed. Some are taken to Kenya and are killed there," she said.

She said that parliamentarians were ready to back the Bill when it is tabled in the House.

The Ayivu County MP, Benard Atiku and the mover of the private members Bill said they were held back by the finance ministry when it refused to grant the certificate of financial implications.

However, he said the Bill has been resubmitted to the finance ministry after restructuring it and removing the clause which had cost implications. "We are sure that it will be passed before this session ends," he said.

Charged with drafting the Bill, senior state attorney, Paul Okirig, said finance had questioned the involvement of the district security committee headed by the Resident District Commissioner (RDC) in enforcing the law.

"We have removed that in the new draft we have resubmitted to the ministry of finance and we hope that the certificate will be granted because the bill has no financial implications," he said.