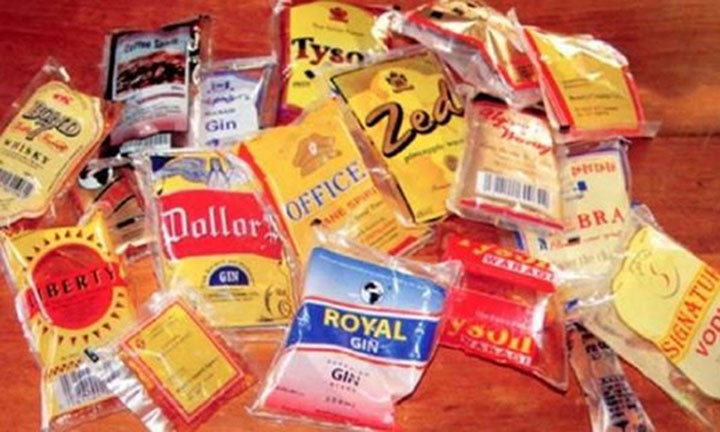 The Uganda National Bureau of Standards (UNBS) has vowed to intensify the fight against alcohol in sachets and packaging less than 200 mls.

This follows a complaint from the Uganda Alcohol Industry Association about the continued sale of these alcoholic drinks much as they were banned.

During an alcohol manufacturers' stakeholder engagement organised by UNBS ahead of a massive enforcement, the standards body called for more collaboration from the concerned stakeholders, to rid the market of illicit alcohol.

Daniel Arorwa, the Market Surveillance Manager at UNBS, called upon manufacturers to avoid presenting any product that does not conform to the compulsory standards, on the market.

The UNBS Deputy Executive Director, John Paul Musimami, hinted at the use of the Digital Tracking Solution to curb substandard products on the market.

Cabinet issued  a directive in 2017, banning the consumption and sale of alcohol in sachets and in bottles less than 200mls, and  manufacturers were given up to March 30 2019.

The ban is aimed at combating the excessive and unregulated consumption of Alcohol in Uganda.