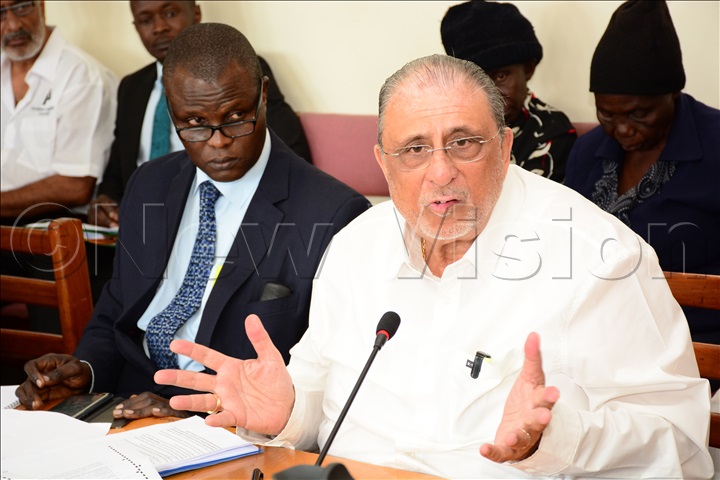 Businessmen of Asian origin have complained to the MPs who are conducting an inquiry into the repossession of Indian properties about harassment, unfairness and contempt of court.

The businessmen, under their umbrella body; the Association of Expropriated Properties Owners Limited (AEPOL), have written to the select task force of the parliamentary committee on commissions, statutory authorities and state enterprises (COSASE) about several issues.

They say their issues are not being handled properly, their continued summons were ignoring the effects of the prevailing COVID-19 and that the current parliamentary probe is about matters that are before court and, therefore, subjudice and contemptuous. The committee is conducting an inquiry into the repossession of property of Indians who were expelled in 1972.

COSASE has since July last year been probing the acquisition or repossession of properties which were either compensated by the Government or whose former owners never returned to repossess them.

The chairperson of the association, Muhammed Allibhai, said he never got any summons but only heard of his arrest warrant over failure to appear before the committee. He said the allegations concern repossessed properties he manages on behalf of clients.

"The properties were repossessed for and on behalf of clients. They were not repossessed by me; I was an agent," Allibhai said.

He said the certifi cates of repossession were issued in the names of the owners and not his because he was just a holder of the powers of attorney.

"Majority of the clients took the properties and gave them to other agents, friends and colleagues to manage. Most of them have been sold either directly or through the agent of their owners' choice and the sale proceedings were sent directly to the owners' accounts or their benefi ciaries," Allibhai said.

Allibhai last appeared before the committee in September last year.

He and the other members who appeared then testifi ed on oath that the businessman only managed about 400 properties 20 years ago, on behalf of expropriated Asians under his company, Alderbridge Management and Real Estates Ltd.

Allibhai told MPs that on return to Uganda in 1991, he was given powers of attorney by owners living in Canada and the UK, to help in the repossession of their properties.

"Failure to appear before the committee is not because we are arrogant or some AEPOL members were on the run. Many haven't received summons and even if they did, borders of many countries are closed due to COVID-19," he said.

NK Radia, one of the members, also said he learnt of his summons through the media, but he is out of the country and unable to attend. "I heard that the committee chairman, Ibrahim Kasozi, issued a warrant of arrest against me, but how can I be in contempt of Parliament when I never received summons? Even if I got the summons, I cannot travel to Uganda amidst the COVID-19," Radia said.

The lawyers' letter to COSASE also captured that: "Much as our client has never received summons, he is not able to appear until the situation normalises," the letter reads. The lawyers said COSASE failed to respond to the two letters they wrote on behalf of AEPOL over the legitimacy of the investigations.

They said they wrote letters on March 10 and 18 asking the committee to stop the investigations because they contravened the law. AEPOL fi led a constitutional petition challenging the constitutionality of Parliament's acts of purporting to decide matters of cancelling certifi cates of repossession and re-allocations.

They also protested the participation of William Bizibu from the Departed Asian Properties Custodian Board, who is the main architect and an active participant in the parliamentary proceedings.

The matter is still before court. The association also protested the continued defamation of members, by depicting them as criminals.