75-year-old who lays bricks for survival

“After the death of my husband, I was left with the responsibility of taking care of my children, all of whom looked at me for survival.”

“After the death of my husband, I was left with the responsibility of taking care of my children, all of whom looked at me for survival.”

All photos by Moses Lemisa

As the country is grappling with rampant unemployment, the youth have been advised to change their negative attitude towards work and start with what is available.

This is a call by Christine Nansubuga Lwemwa who at 75-years is laying bricks to earn a living, a job she has done for the last 20 years. 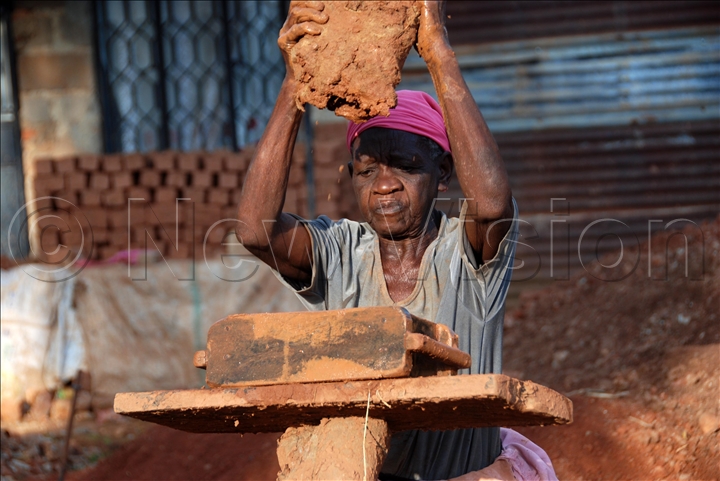 Through bricklaying, Nansubuga, a resident at Masooli village in Kasangati Town Council in Wakiso district, has managed to take her children to school, as well as building a house where she stays.

Nansubuga whose husband passed on in 2005 leaving her with seven children, went as far as Primary six in terms of studies, at Masooli Primary School. 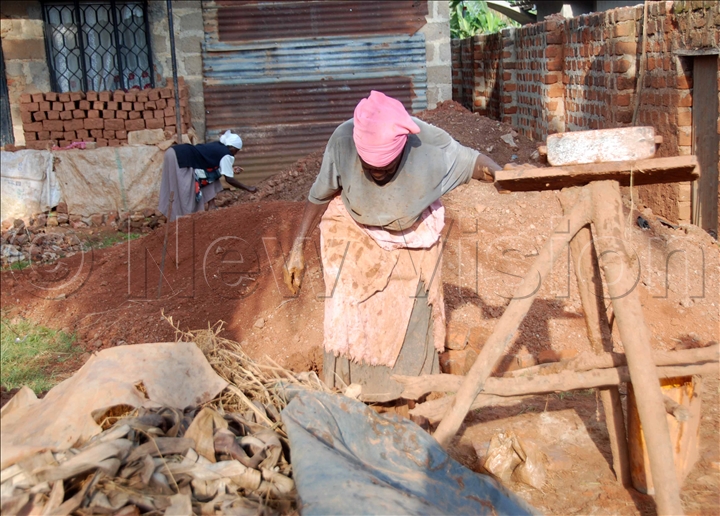 "After the death of my husband, I was left with the responsibility of taking care of my children, all of whom looked at me for survival," she said.

Nansubuga had to fend for the children in terms of food, clothing, medical bills, as well as school fees.

"Positive attitude is the key to human survival. If you want to live a better life, be humble and take on any tasks that are deemed to be for low-class people," she says. 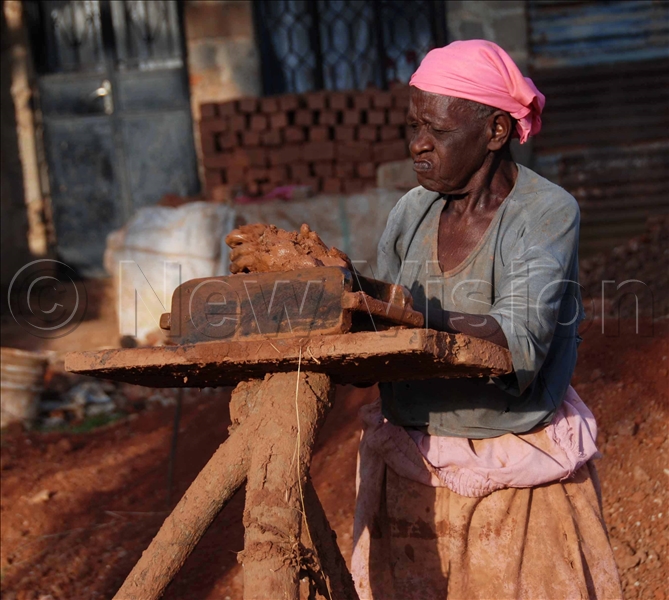 Around 1970, Nansubuga started with producing local brew, commonly known as Tonto/mwenge bigere, which she produced from bananas, on top of growing and selling vegetables to the residents in her home area.

"In 1980 I started a restaurant at Kubbiri in Kawempe Municipality and in 2000 I started laying bricks," she explains. 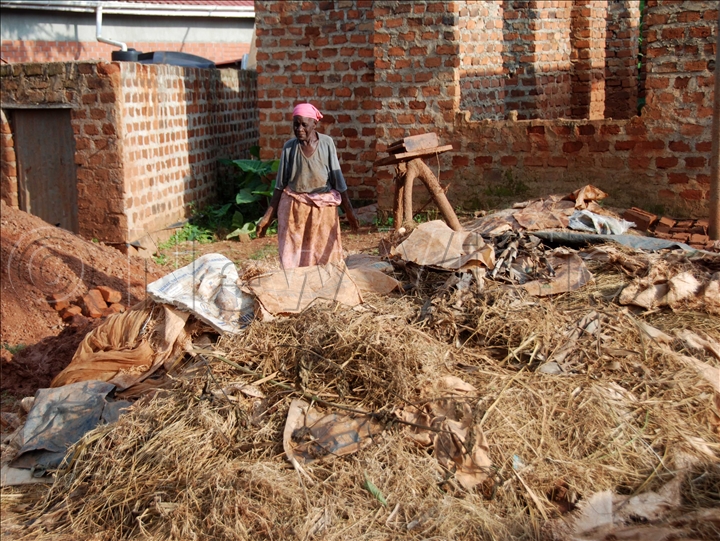 Bricklaying
When she started laying bricks, Nansubuga was criticized by many, even though other people sympathized with her.

With all the criticism, she says she had already made up her mind to engage in that business and has no regrets whatsoever because it is what has sustained her family for this long.

From Nansubuga's savings, she was able to acquire a piece of land, the same land where she lays bricks at the moment. 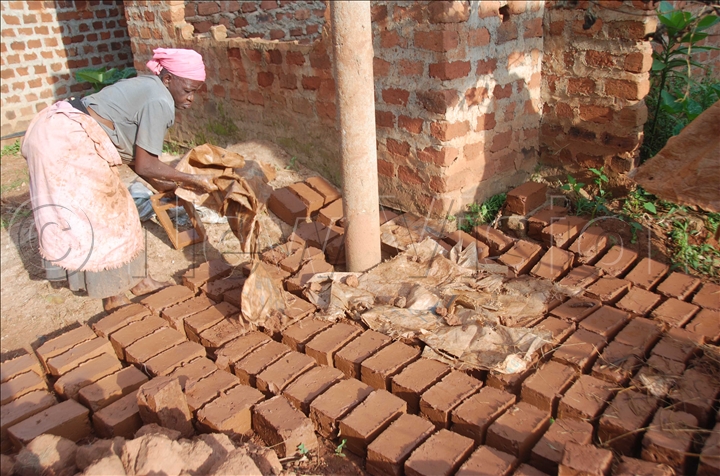 "Currently, I can lay 3,000 bricks a day," she says, adding that she hires workers with whom she works.

Nansubuga says she is able-bodied and physically fit, attributing her health to bricklaying because of the exercises that come with it, saying they make her strong. 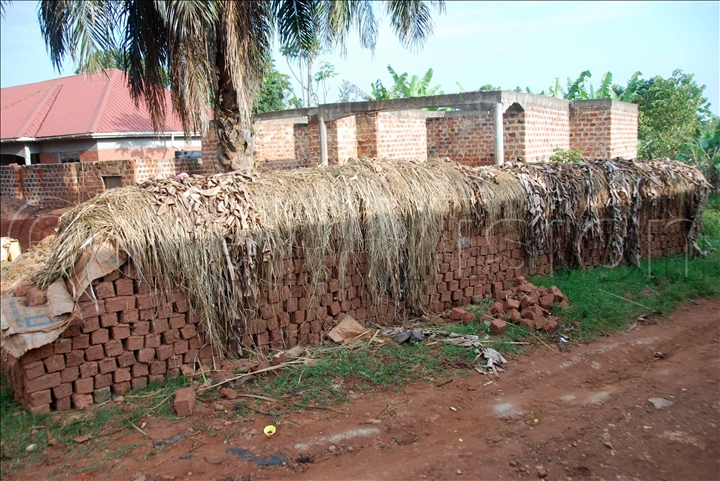 Her biggest achievement is educating her children, to the point of being able to educate her grandchildren as well.

Nansubuga has earned herself celebrity status in her community, with most people knowing her for being the hardworking old lady.

Her hard work has rubbed off well on many people in her community, where several women have been able to learn the skill of bricklaying from her, and they can now fend for themselves. 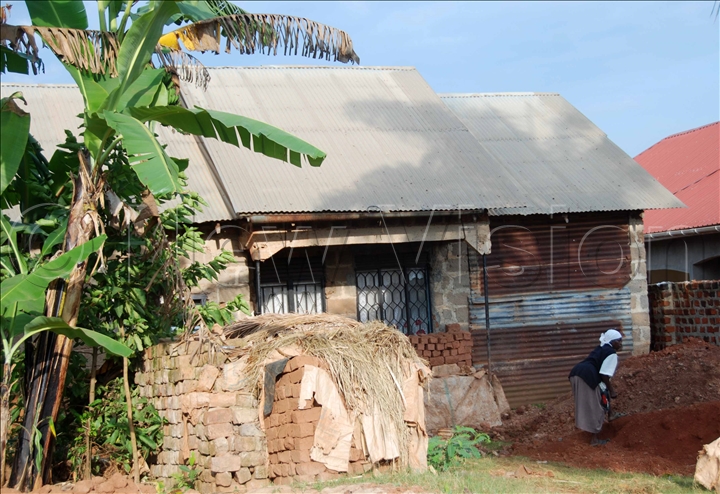 "Laying bricks is like physical exercises which have maintained my body and kept me in perfect health, in that I feel sick and weak whenever I don't engage in bricklaying," she says.

She says she creates jobs for the youth in Masooli, whom she hires for work and are later paid. 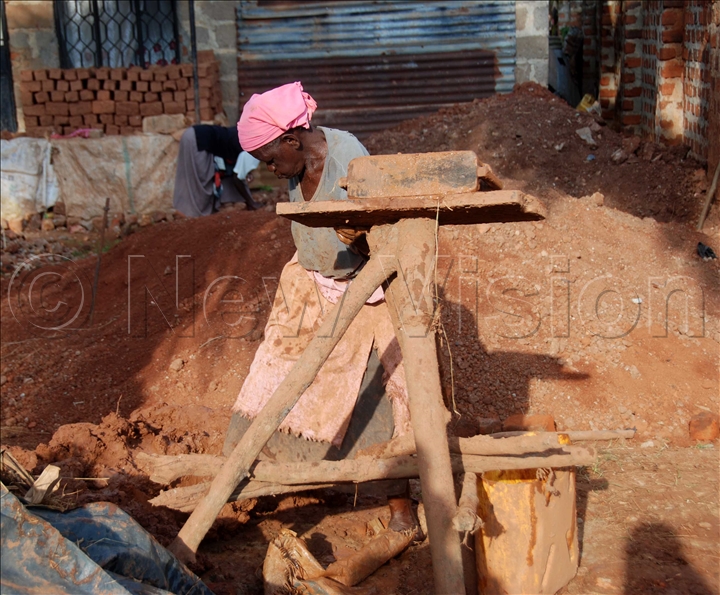 Her biggest challenge is water especially during the dry seasons where she has to buy a jerry can at sh500, yet water is one of the most important things to consider in this job.

Wire wood is also expensive and at times hard to get, because a lorry costs sh450,000, and if they don't get wire wood, they wouldn't burn the bricks for sale, yet buyers will be waiting. 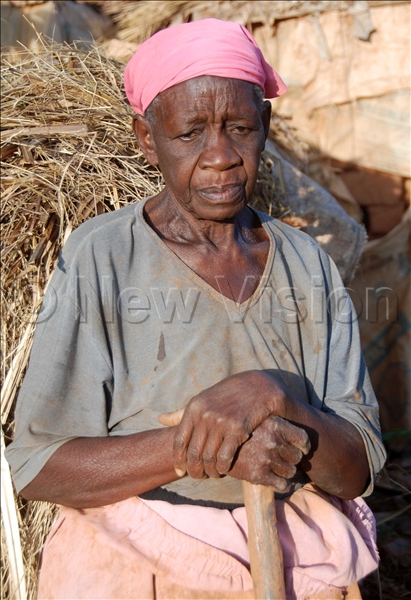 Advice to the youth

Nansubuga says at if she can still do this job at the age of 75, then energetic youth should not fail to work, and have no right to despise jobs thereafter resorting to bad acts.

"Blood money will never give you happiness apart from sadness," she says, advising widows to despair but hold themselves together because if one decides to work, God will always bless them. 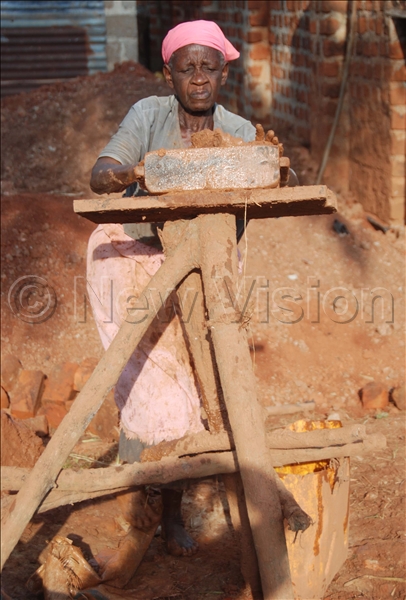