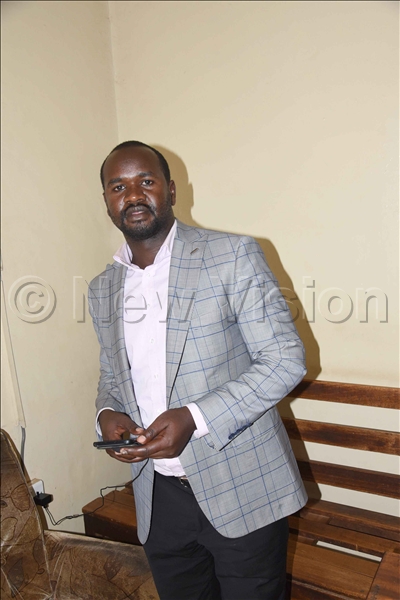 A city businessman who deals in real estate and cars has been arrested for allegedly conning Members of Parliament (MPs) and Kampala Capital City Authority (KCCA) staff.

William Chemonges, who is also aspiring to become an MP in Kween district, was arrested after MPs and KCCA staff reported cases of fraud against him.

The case that led to his arrest was reported by Yumbe district woman MP, Zaitun Driwaru, at Central Police Station (CPS) Kampala and it is referenced as CRB 363/2020. Driwaru accused Chemonges of conning her of over sh400m in an alleged bogus land deal.

According to Driwaru, she gave Chemonges the money after he allegedly promised to sell land to her, but he never fulfilled his part of the bargain.

Chemonges was arrested last Sunday in Kapchorwa after detectives tracked him for some time.  He was subsequently transferred to CPS in Kampala. "But that very Sunday evening, Chemonges was released under mysterious circumstances, "sources revealed.

When the KCCA enforcement team learned that Chemonges had been arrested, they went to check on him at CPS the following day but did not find him. Chemonges is accused of defrauding KCCA officials of sh169m.

"We went to CPS and we were told that the man was not in their cells. This prompted our enforcement team to track Chemonges once again and we re-arrested him on Monday evening from Mukono. We again took him to CPS where he spent a night, and the following day, we took him to court," a KCCA official revealed.

Chemonges was arraigned before City Hall magistrate, Valerian Tumuhimbise, who charged him with obtaining sh169m by false pretense and forging documents. His court cases are registered as CO 802/2020 and CO 800/2020 respectively.

The prosecution alleged that on March 12, 2019, while at KCCA headquarters in Kampala, Chemonges obtained sh169m from the KCCA SACCO; money which was meant to sell land for the KCCA workers' savings association.

According to prosecution, Chemonges failed to hand over the land to the SACCO, yet he had allegedly promised that it was available and situated on block 169, plot 710 in Mukono district.

The prosecution further alleged that Chemonges forged documents pertaining to the said land, which he reportedly promised to sell to the KCCA SACCO. However, Chemonges denied all the charges.

While in court, several police officers from different police stations brought to court files in which various persons accused him of conning them. Among the files was that of MP Driwaru involving obtaining sh400m, a case which was also read to him.

Chemonges is linked to a real estate company called Wiljon located in Kireka, Wakiso district. He is a common figure among MPs, as he is said to be the one who scouts for them land in areas of Kira and Namugongo, especially the new entrants.

Chemonges tried to seek bail but the prosecution objected to the application, saying he had on several occasions disappeared, and that granting him bail would make it difficult for him to re-appear in court.