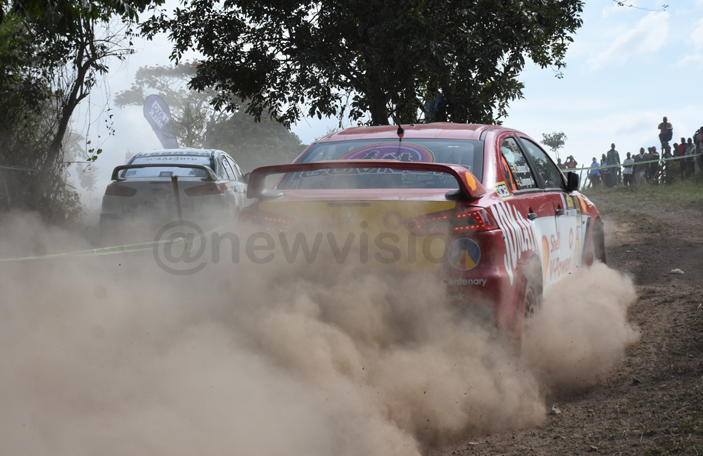 The NRC calendar offers the fans the opportunity to live to the fullest, while socking up the best of what each town has to offer one weekend at a time.

Below is a list of some of the best race towns and why National rally fans flock them every time races go there way.

Mbarara
Mbarara town hosts the opening race of the season, which normally gives the western city an aura of occasion. Due to the fact that it's the first event of the year, driver's use it to unveil their new cars for the season which adds an element of curiosity and excitement to the race.

As if this not enough, the best racers countrywide try and come out for this one because it's the first race of the season which is why the level of competition in Mbarara is a class apart. Race weekends are also unforgettable because during this one weekend the whole city is rife with activity making for an memorable experience for the hordes of race fans who make there way to Western Uganda.

Hoima
Hoima town is arguably the perfect rally fans hangout spot. One thing fans can never lack in the oil rich town is good and decent accommodation. Hoima is not only known for the actual race day but it also famous for giving fans the whole the ‘experience' as they often have karting competitions to kick off the weekend.

Fans that love speed are not left out with the drifting competition in which a whole street is closed off giving the speed demons the opportunity to let loose. While in Hoima, fans also have the experience to enjoy the sites and sounds of the great Bunyoro kingdom. The rally also attracts the big boys since it's always the second to last race on the calendar which pulls the best drivers as it normally decides who will win the championship. The rally competition is not the only thing the town offers. Fans are guaranteed quite a number of tourist activities that include checking out the Mparo tombs where the great former ruler Omukama Kabalega was buried.

Jinja
Situated on the source of the Nile, this town is rivalled by very few in Uganda from a scenic perspective. One of the most popular circuits because motor racing is quite popular in the Eastern region of the country. It hooks quite the crowd because even people from other east towns do come to Jinja for the race weekend. Jinja has enough accommodation to suit any fan because they have the capacity to host fans many tourist resorts. When the races have not started fans can visit the source of the  Nile and the Bujagali falls for a some sightseeing. The race also has a helping hand from local ruler Kyabazinga of Busoga who put his stamp of approval on it.

Masaka
Although still relatively popular, a town like Masaka lost it's charm due to it's proximity to Kampala but also because it changing everyday due to the new developments coming up losing the authenticity it had. With the new modern high rises and buildings the racing fan has lost that desire for a town that once attracted thousands.