How to mitigate effects of COVID-19
Next Story

A letter on death of George Floyd and many others

A man walks past a graffiti on a wall depicting a portrait of George Floyd, a black man who died in Minneapolis after a white policeman kneeled on his neck for several minutes, at Mauer Park in Berlin's Prenzlauer Berg district on May 30, 2020. (Photo by David GANNON / AFP)

George Floyd was made in the image of God and as such is a person of utmost value. This is not true because a few Anglican bishops issue a letter. This conviction arises from our reading of Scripture. The Psalmist said:

For you formed my inward parts; you knitted me together in my mother's womb. I praise you, for I am fearfully and wonderfully made. Wonderful are your works; my soul knows it very well. (Psalm 139:13-14) 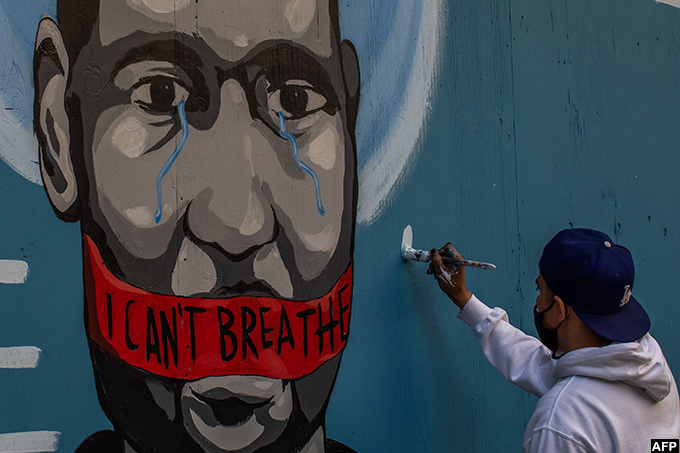 The artist Celos paints a mural in Downtown Los Angeles on May 30, 2020, in protest against the death of George Floyd. (Photo by Apu Gomes / AFP)

The opening book of our Scriptures declares the value of all human life:

What happened to George is an affront to God because George's status as an image-bearer was not respected. He was treated in a way that denied his basic humanity. Our lament is real. But our lament is not limited to George and his family. We mourn alongside the wider Black community for whom this tragedy awakens memories of their own traumas and the larger history of systemic oppression that still plagues this country. 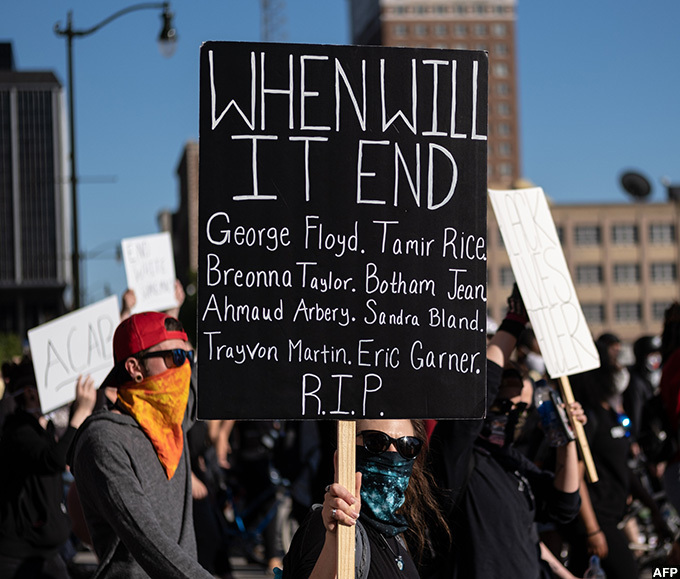 Protesters hold signs in Detroit, Michigan on May 31, 2020, following a night of protests that saw several arrests and uses of tear gas by the Detroit Police department. (Photo by Seth Herald / AFP)

George's death is not merely the most recent evidence that proves racism exists against Black people in the US. But it is a vivid manifestation of the ongoing devaluation of black life. At the root of all racism is heretical anthropology that devalues the imago dei in us all.  The gospel reveals that all are equally created, sinful and equally in need of the saving work of Christ. The racism we lament is not just interpersonal. It exists in the implicit and explicit customs and attitudes that do disproportionate harm to ethnic minorities in our country. In other words, too often racial bias has been combined with political power to create inequalities that still need to be eradicated. 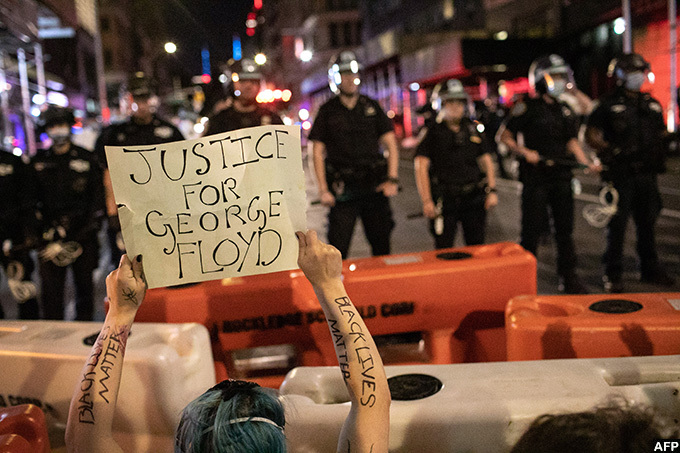 Protesters kneel in front of New York City Police during a march to honour George Floyd near Union Square on May 31, 2020, in New York City. (John Moore/Getty Images/AFP)

As bishops in the ACNA, we commit ourselves to standing alongside those in the Black community as they contend for a just society, not as some attempt to transform America into the kingdom of God, but as a manifestation of neighbourly love and bearing one another burdens and so fulfilling the law of Christ. We confess that too often ethnic minorities have felt that contending for biblical justice is a burden they bear alone.

In the end, our hope is not in our efforts, but in the shed blood of Jesus that reconciles God to humanity and humans to each other. Our hope is that our churches become places where our life together as disciples demonstrates the power of the gospel to bring together the nations of the earth (Rev 7:9). Such work cannot be carried out by one letter written in the time of crisis. We commit to educating ourselves and the churches under our charge within a biblical and theological frame to face the problems of our day. We likewise commit to partnering with like-minded churches in the work of justice and reconciliation. 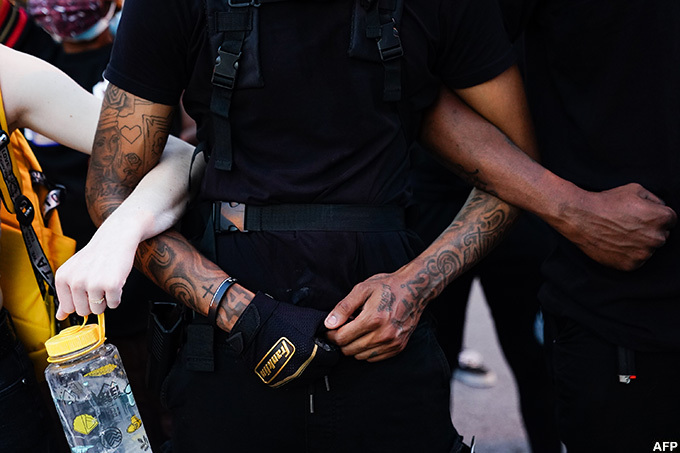 Protesters lock arms during a demonstration on May 31, 2020, in Atlanta, Georgia. (Elijah Nouvelage/Getty Images/AFP)

The Feast of Pentecost is here in a couple of days. The power of the Spirit is loosed to convict of sin and deliver us from its power. We pray that in a country as diverse as these United States, the Church will be united in the essential truths of Christianity, including its concern for the most vulnerable. So…come Holy Spirit. Mediate to us and all the earth, we pray, the victory of Jesus over the principalities and powers that seek to rule and cause death and destruction in this time between the times. Come Holy Spirit.

Almighty God, on this day, through the outpouring of the Holy Spirit, you revealed the way of eternal life to every race and nation: Pour out this gift anew, that by the preaching of the Gospel your salvation may reach to the ends of the earth; through Jesus Christ our Lord, who lives and reigns with you, in the unity of the Holy Spirit, one God, forever and ever. Amen. 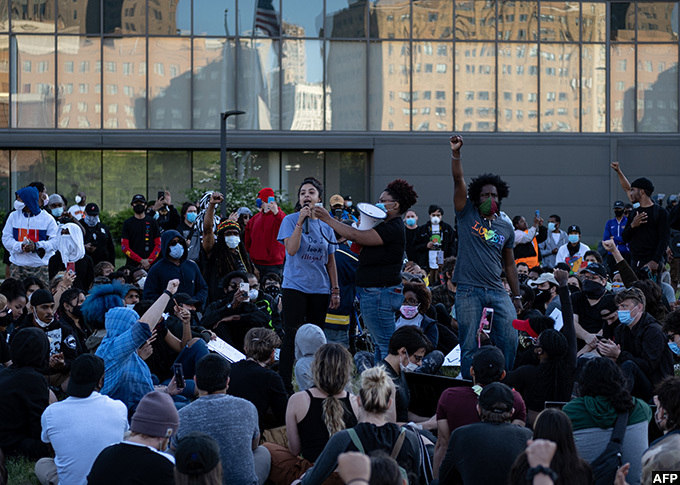 Protesters gather and speak in front of the Detroit Police station, Michigan on May 31, 2020. (Photo by Seth Herald / AFP)

Almighty God, you created us in your own image: Grant us grace to contend fearlessly against evil and to make no peace with oppression, and help us to use our freedom rightly in the establishment of justice in our communities and among the nations, to the glory of your holy Name; through Jesus Christ our Lord, who lives and reigns with you and the Holy Spirit, one God, now and forever. Amen.

Fake news: A spot of bother in journalism