The European Union's chief Brexit negotiator told Britain on Sunday that the economic damage wrought by the coronavirus crisis made it especially important the sides reach a new trade deal.

EU and UK negotiators will enter a fourth and last scheduled round of talks this week that could determine if a comprehensive new agreement is struck by the year-end deadline.

It also continues making contributions to the EU budget -- a reality that particularly upsets Brexit supporters.

British Prime Minister Boris Johnson has vowed not to extend the talks past the current deadline something he must do by the end of June and the prospects of a broad new deal look bleak. 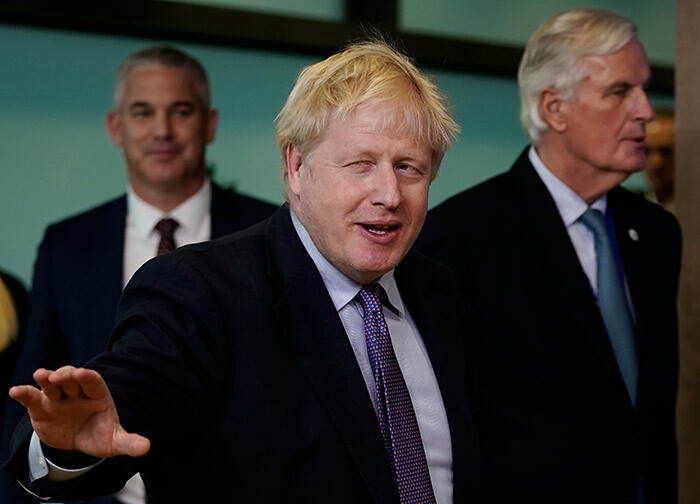 In this file photo taken on October 17, 2019 British Prime Minister Boris Johnson (C) gestures as he walks with EU chief Brexit negotiator Michel Barnier (R) as they prepare to address a press conference at a European Union Summit at European Union Headquarters in Brussels.

Chief EU negotiator Michel Barnier told The Sunday Times that London and Brussels could afford to make the economic situation even worse by breaking off their nearly 50-year partnership without arrangements for what comes next.

"If we don't get an agreement then that will have even more consequences. And then of course those will be added to the already very serious consequences of the coronavirus crisis," Barnier said.

"So I think that we have a joint responsibility in this very serious crisis, which affects so many families... with so many deaths, so many people sick, so many people unemployed... to do everything we can to reach an agreement and I very much hope that we will do so."

The previous round of talks ended in acrimony in May.

Johnson is expected to work out the best way forward with EU chiefs Ursula von der Leyen and Charles Michel at a summit held shortly before the June deadline to extend the talks by up to two years.

The European Union is willing to offer Britain preferential trade terms if Johnson signs up to the major standards and regulations followed by the remaining members of the bloc.

Johnson's team argues that the whole point of Brexit was to give Britain the right to set its own rules. 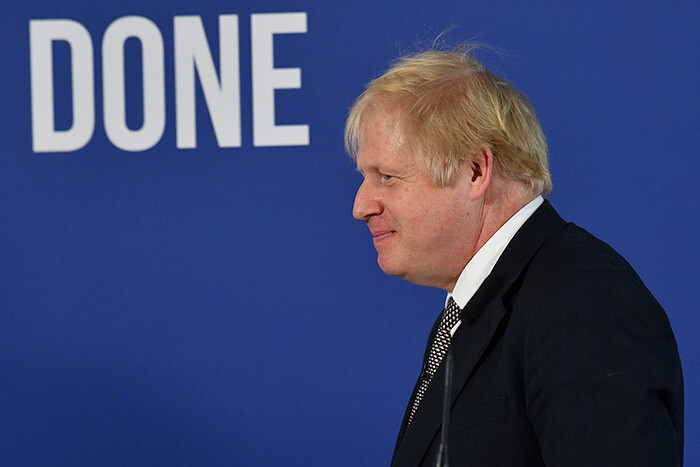 In this file photo taken on November 29, 2019 Britain's Prime Minister and Conservative leader Boris Johnson leaves the podium at the end of a press conference about Brexit and the general election in London.

Barnier accused UK negotiators of reneging on the commitments Johnson signed up to in a non-binding political declaration that accompanied the sides' formal divorce deal.

"The UK has been taking a step back -- two steps back, three steps back -- from the original commitments," Barnier told The Sunday Times.

"The UK negotiators need to be fully in line with what the prime minister signed up to with us."

Repair of Lugogo stadium starts off