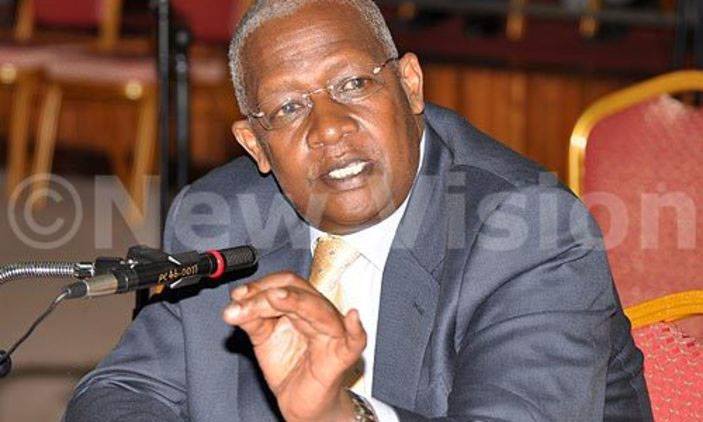 KAMPALA - Foreign Affairs Minister, Sam Kutesa will next week table a plan on how Ugandans who are stuck abroad following the COVID-19 pandemic and seeking to return home will be received.

Kutesa is expected to brief Parliament about the position arrived at by Cabinet during its seating this coming week.

The state minister for foreign affairs, Henry Okello Oryem said the ministry would brief Parliament about the measures aimed at allowing Ugandans to return, albeit with precautions.

"Cabinet passed a policy which agreed that Ugandans can start returning once a plan has been put in place. Details of the plan will be elaborated in Parliament," Oryem stated.

Oryem was presenting a report on the ministry's performance against the NRM Manifesto 2016-2021 at the Office of the Prime Minister on Tuesday.

The Manifesto Week, which started on Monday, May 18, takes stock of the progress made by ministries, departments and agencies to fulfil promises made by government at the start of a five-year term.

According to the minister, returnees must undergo COVID tests before their flight. They will also be subject to the mandatory quarantine of 14 days upon arrival.

He explained that the measures are premised on the fact that some of those seeking to return are in countries that have high rates of infection.

Uganda halted all passenger flights on March 22, shortly after recording the first case of coronavirus (COVID-19). The move left many Ugandans stranded abroad.

Travel restrictions measures have left a number of Ugandans stuck abroad, and for several weeks, government has deliberated on plans to evacuate Ugandans from some hard-hit countries.

Last week, the foreign affairs ministry cleared some people to return home, with a promise that all distressed Ugandans would be repatriated in a phased and orderly manner.

Oryem said the ministry had accomplished most of the sector targets highlighted in the NRM Manifesto, with hardly a year left to the end of the elective term.

"The foreign affairs ministry has pursued a policy of commercial and economic diplomacy to promote tourism, trade and investment for social-economic transformation," he explained.