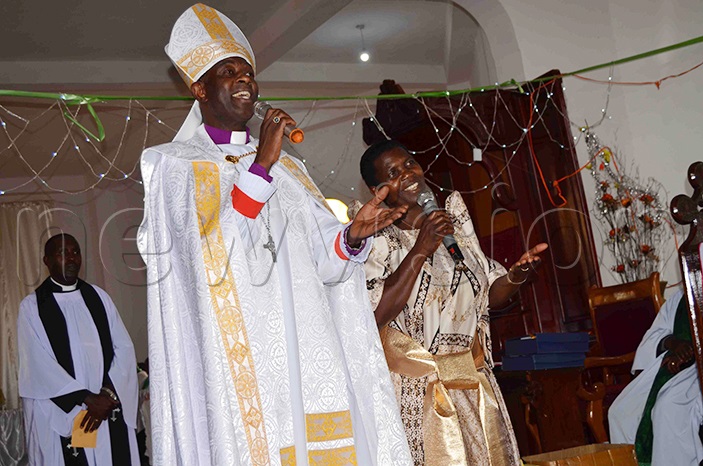 The newly inaugurated Archbishop of the Church of the Province of Uganda, Dr. Samuel Stephen Kaziimba Mugalu is widely acknowledged as a man of many talents. He is an ecclesial administrator and preacher of great anointing. He is also a reputable social development champion, organic farmer, marriage counselor and sports philanthropist.

But Kaziimba also has another attribute that is not known to many people. He is a musical minister. He is gifted with a warm and mellow baritone, in which he sings sacred hymns with maximum expressiveness.

Kaziimba started revealing his musical side during the preparations for his installment as the 9th Archbishop of the Church of Uganda.

During his farewell functions, he would surprise the Christians with a Luganda hymn, Ekisa kya Yesu (the merciful love of Jesus). He would sing the hymn with his wife, Margaret Bulya Naggayi Kaziimba, before delivering his sermon. He would then refer to the song to demonstrate to the Christians the unconditional love and faithfulness of Jesus, who he always said had uplifted him from "grass to grace," from "grass-thatched hut to state-house."

Kaziimba and his wife would also entertain Christians with their poem, Mwebale (Luganda for thank you). The rhyme and riddle-rich poem expresses gratitude to the Christians for their moral, spiritual and material support, to which they attribute the success of their episcopal ministry in Mityana Anglican Diocese.

Interestingly, the musical talent of Archbishop Kaziimba and his wife is beautifully bequeathed to the couple's children, who formed a family called Kaziimba Boys.

The Kaziimba Boys also led the singing during the scientific wedding of their brother Captain Musasizi Enock Kaziimba at Namirembe Cathedral on April 18 (2020).


But probably the greatest achievement of the Kaziimba Boys is their participation in the Unity Christian Music Festival, which took place in Muskegon, Michigan State, USA in 2006. The ensemble was connected to the event by a friend of the family in the US (according to Captain Musasizi). 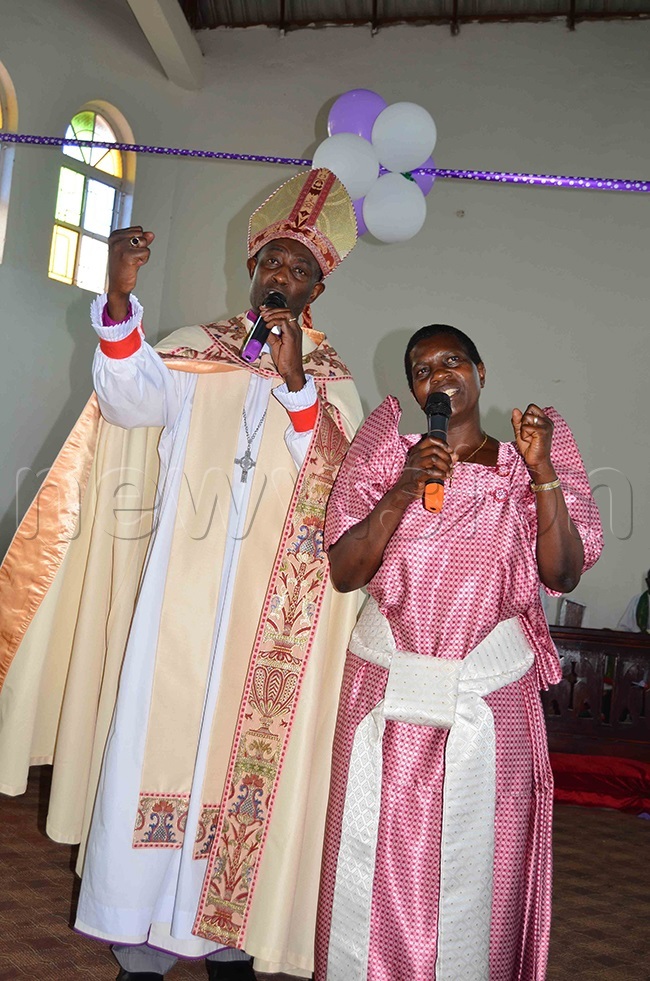 The Kazimbas entertaining the congregation with a poem recently. All photos by Mathias Mazinga.