CNN said a producer and a camera operator working with Jimenez were also arrested. The crew was later released.

A man walks past a liquor store in flames near the Third Police Precinct on Thursday in Minneapolis, Minnesota, during a protest over the death of George Floyd, an unarmed black man, who died after a police officer kneeled on his neck for several minutes. (AFP)

CNN said a producer and a camera operator working with Jimenez were also arrested. The crew was later released.

Police arrested a CNN crew broadcasting live from the US city of Minneapolis early on Friday while covering unrest sparked by the death of a black man at the hands of law enforcement.

The crew was later released.

The network posted footage of correspondent Omar Jimenez speaking calmly to police with batons and riot helmets, then being handcuffed and taken away.

No answer was audible.

CNN said a producer and a camera operator working with Jimenez were also arrested. 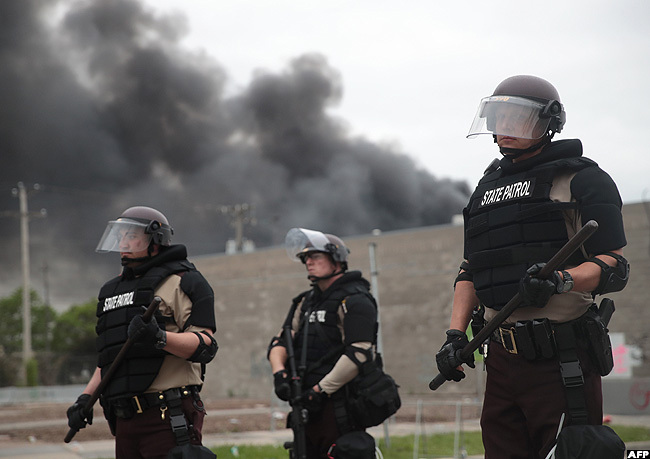 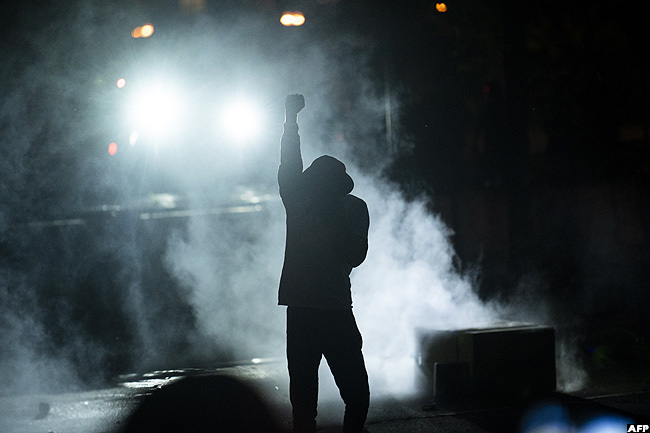 The night before, this protester held up a fist in a cloud of tear gas outside the Third Police Precinct building in Minneapolis

Earlier, as Minnesota state police surrounded Jimenez while he reported, the correspondent spoke to the officers and said he wanted to cooperate.

"Wherever you want us, we would go," said Jimenez, who is black. CNN said in a tweet that a white reporter who was also on the ground covering the unrest was not arrested.

Jimenez was back on the air later Friday after police released him. CNN said Minnesota Governor Tim Walz apologized to the network.

CNN's @OmarJimenez and his crew have been released from police custody. He recounts getting arrested and what happened while they were in custody. https://t.co/v3kMq77Oro pic.twitter.com/JoqmwlTc5i


Earlier, CNN put out a statement condemning the police behavior.

"A CNN reporter & his production team were arrested this morning in Minneapolis for doing their jobs, despite identifying themselves - a clear violation of their First Amendment rights," the network said.

Jimenez was in the city covering the third straight night of unrest triggered by the death of George Floyd after he was arrested on suspicion of using a counterfeit banknote.

A video taken by a bystander shows an officer kneeling on his neck as he is pinned to the ground. At one point Floyd is heard saying he cannot breathe, and eventually his body goes limp.

Cranes to play West African team in warm up matches