Agathon Rwasa, presidential candidate of Burundi's main opposition party the National Congress for Liberty (CNL), speaks to media after filing a petition against the result of presidential and general elections at the constitutional court in Bujumbura on May 28, 2020. (Photos by - AFP)

Burundi's main opposition party on Thursday filed its submission to the Constitutional Court to contest the results of a presidential election it alleges was riddled with fraud and irregularities.

"We observed many irregularities... we have proof of ballot stuffing, voting on behalf of dead people etc...The results announced are false. We have proof that there was massive fraud."

Rwasa said that if the court did not rule in the CNL's favour, the party would take the case to the East African Court of Justice in Arusha, Tanzania.

The court in Burundi has until June 5 to make its decision.

The ruling CNDD-FDD party meanwhile launched its celebrations with a large gathering in the capital Gitega to pray and thank God for the victory. 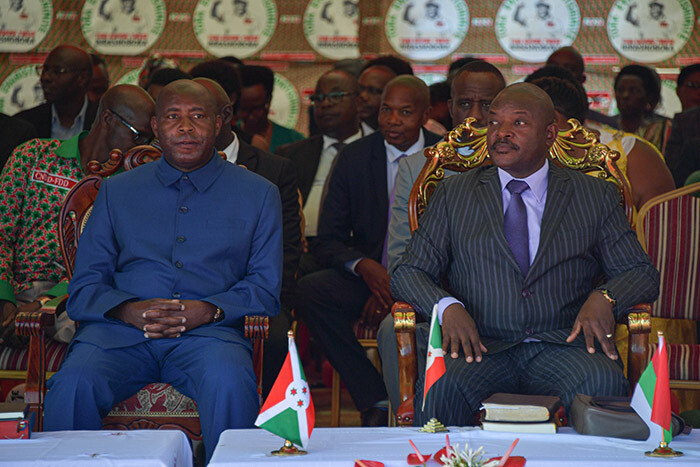 "We deplore the many irregularities regarding the freedom and transparency of the electoral process, as well as fairness in the treatment of certain candidates and voters," said Bishop Joachim Ntahondereye, head of the Conference of Catholic Bishops.

Electoral commission chief Pierre Claver Kazihise said Thursday he was "surprised" by the bishops conference's conclusions and said national observers from 38 other civil society and religious groups had "not seen the same thing".

Foreign observers were not allowed to oversee the electoral process. Burundians wait in a line to vote during the presidential and general elections at a polling station at the Bubu Primary school in Giheta, central Burundi, on May 20, 2020. (Photo by - / AFP)

A joint statement issued by western diplomats Wednesday made no reference to any irregularities and urged the opposition to pursue legal paths to contest the election outcome.

A diplomatic source speaking on condition of anonymity, said the statement was a compromise between those who wanted to congratulate the ruling party -- China, the United Nations and African nations such as Kenya and South Africa -- and those who were more critical, such as France, Belgium, the European Union and United States.

CNL international spokesman Aime Magera criticised the "vague and ambiguous" statement, adding it could be seen as supporting the electoral "coup d'etat".

If the opposition's legal efforts are rejected, Ndayishimiye will be inaugurated in August for a seven-year mandate.

He will take over from President Pierre Nkurunziza who has been in office for 15 years. 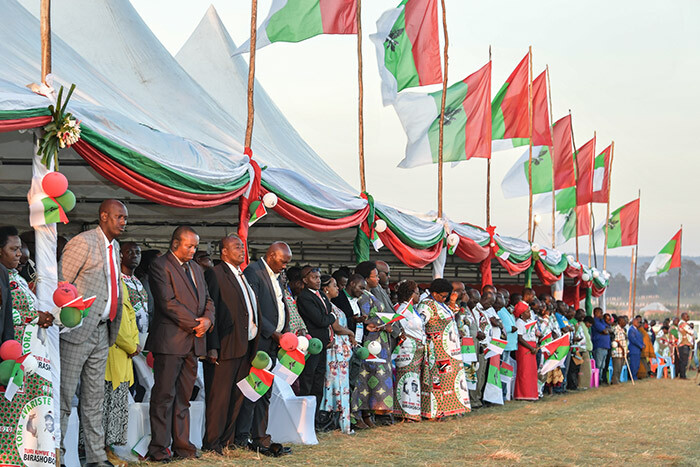 Nkurunziza's controversial bid to stand for a third term in 2015 sparked violence and a major political crisis which left at least 1,200 dead and saw 400,000 flee the country.

The regime tightened its grip on the country, and allegations of rights violations by security forces have soared in recent years