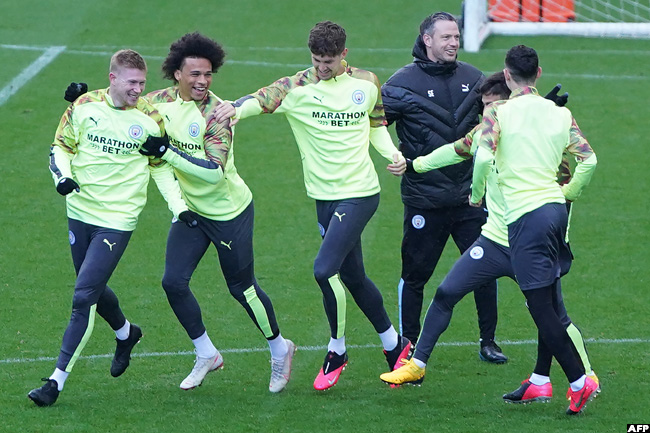 Premier League clubs voted unanimously on Wednesday to resume contact training as the English top-flight took a significant step towards restarting in June.

The Premier League was put on hold in March due to the coronavirus pandemic, with Liverpool just two wins away from sealing the title.

Clubs returned to training in small and socially distanced groups last week but they have moved to stage two of the "return to training protocol".

"Premier League shareholders today voted unanimously to resume contact training, marking another step towards restarting the Premier League season, when safe to do so," the league said in a statement.

"Squads are now able to train as a group and engage in tackling while minimising any unnecessary close contact."

The decision was made following consultation with clubs, players, managers and the government. 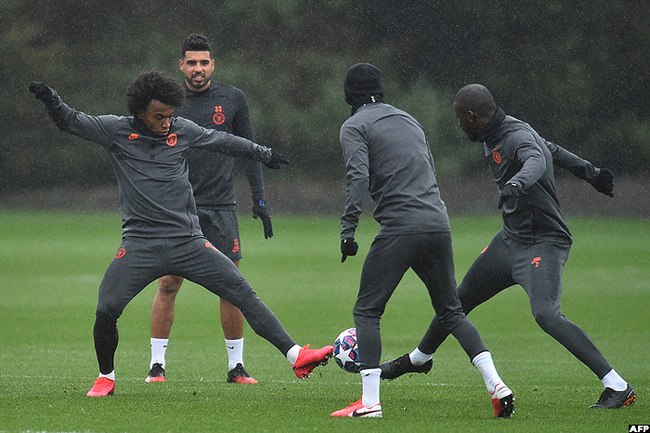 Chelsea players take part in team training session at the Cobham training facility in Stoke D'Abernon, southwest of London on February 24 this year

Clubs that have already completed the necessary risk assessments are expected to move to the new phase as soon as Thursday.

That meant there had been just 12 cases detected from a total of 2,752 tests.

The small number of positive tests has raised hopes of a return next month.

In the second-tier Championship, just two positive tests were registered from 1,014 tests.

A series of issues including the restart date and plans in the event of a curtailment will be discussed when the 20 Premier League clubs gather again on Thursday. 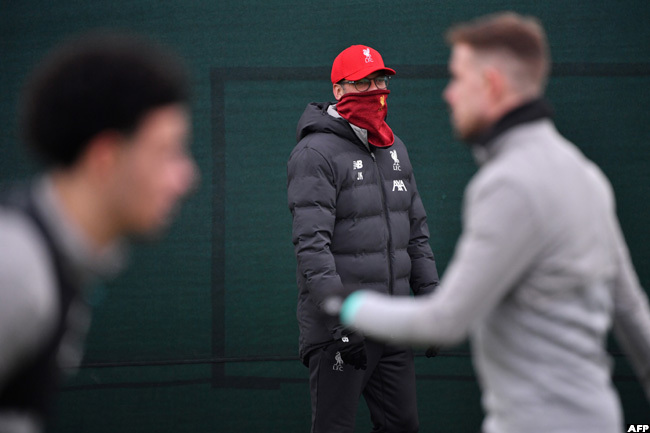 On March 10 this year, Liverpool's manager Jurgen Klopp watches his players attend a training session at Melwood in Liverpool

Players and coaches have argued they will need more time to reduce the risk of injuries after such a long lay-off.

And some players have voiced fears over their safety and that of their families due to the virus.

Watford captain Troy Deeney has not returned to training after three positive cases were registered by the Hornets. He fears he could spread the virus to his five-month-old son.

French World Cup winner N'Golo Kante has also been given permission by Chelsea to train at home.

Germany's Bundesliga, the first of Europe's big five leagues to resume, completed its third round of fixtures behind closed doors on Wednesday evening and there has been little player opposition to La Liga's plans to return in Spain from June 11. 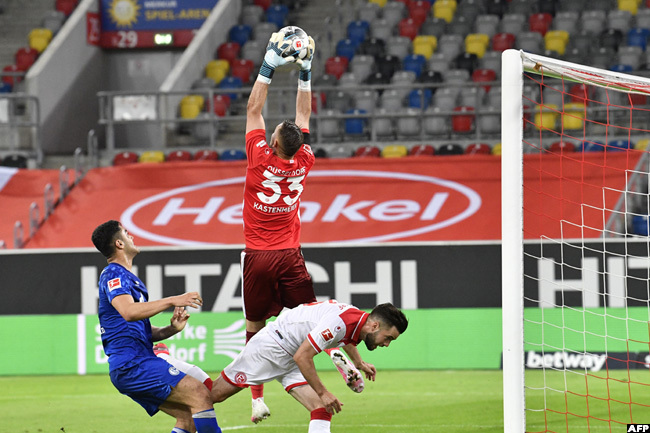 Tottenham manager Jose Mourinho is keen to get playing again after seeing football resume elsewhere, with 92 games left to play in the Premier League.

"Honestly, since the moment Bundesliga started, the Portuguese league and Spanish league announced a date to start, I think it is the most difficult moment for us, because we want to play," he told Sky Sports.

"It is hard to see other countries playing football and we don't do it."

Liverpool captain Jordan Henderson said playing at an empty Anfield and winning the Premier League title with no fans present would be "pretty strange".

Liverpool were 25 points clear of 2019 champions Manchester City when the league was shut down, on the verge of being crowned English champions for the first time in 30 years.

"Of course it would feel different because if you win any trophy and receive it without any fans there, it would be pretty strange," Henderson told the BBC.

"We still have work to do and we still need to perform at a high level right the way until the season finishes because we want to finish as strongly as we can to make sure it is a full season," he added.