Five moments from the Bundesliga

Take a look at some of the notable moments from the third round of matches since football's restart in Germany.

Take a look at some of the notable moments from the third round of matches since football's restart in Germany.


RB Leipzig missed out on the chance to leapfrog Borussia Dortmund to second place, Schalke continued their poor form despite some standout displays and Paderborn boasted their own 'Gladiator' on Wednesday.

AFP Sport looks at some of notable moments from the third round of matches since football's restart in Germany: 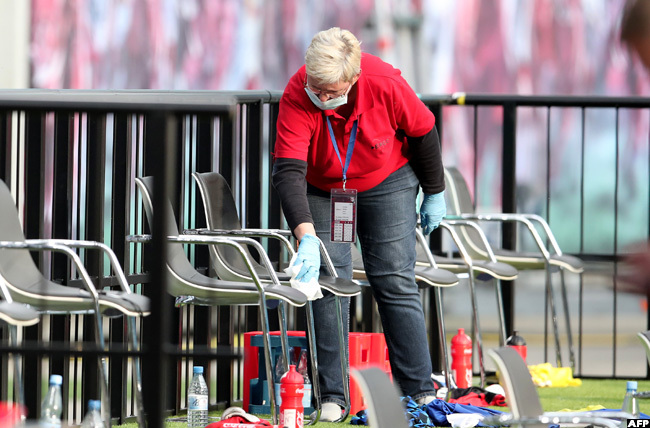 As has been the case since the German top-flight resumed, hygiene measures were maintained throughout the midweek matches.

A steward at RB Leipzig's Red Bull Arena was caught cleaning one of the stadium's substitute benches at the break of the event-filled draw.

Players sat with at least one place between them as they watched on in eastern Germany.

The hosts looked set to hold on to valuable three points before Hertha Berlin's Krzysztof Piatek converted an 82nd-minute penalty in a 2-2 draw. 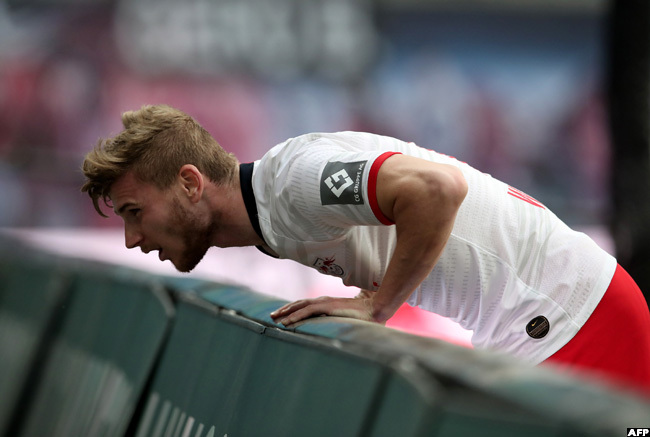 Leipzig's Timo Werner has been linked with a move to Liverpool but it was a quiet display for the Germany forward in the Hertha draw.

He was photographed looking into the distance over an advertising board after he had ran over the touchline.

Werner was replaced by midfielder Hannes Wolf with 11 minutes remaining as coach Julian Nagelsmann attempted to secure the victory. 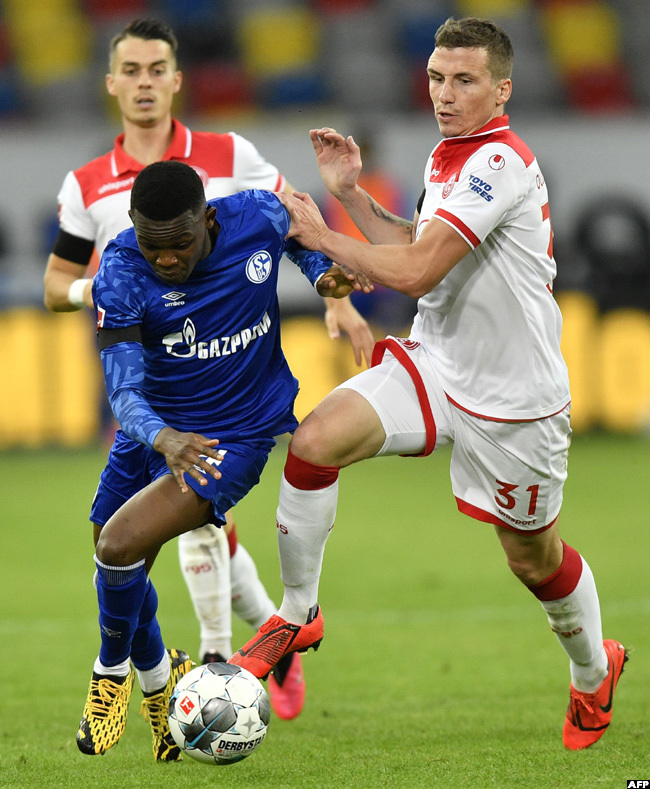 Wales' Rabbi Matondo has had a relatively quiet start to his time with Schalke, scoring once in 24 games since arriving from Manchester City in January 2019.

But on Wednesday he made an impact on the Bundesliga's speed camera by running 36km/h in the loss at Fortuna Duesseldorf with only Borussia Dortmund's Achraf Hakimi having registered a quicker pace. 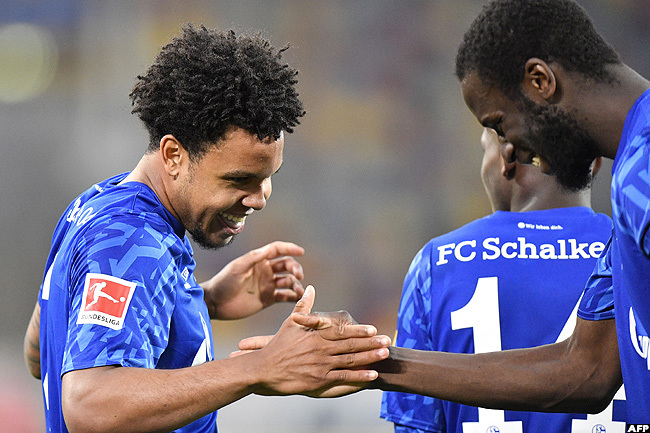 Hertha Berlin's Dedryck Boyata apologised for breaching the league's strict hygiene protocols by kissing a team-mate earlier in the month.

Schalke's Weston McKennie appeared to do so too in celebrating his side's opener with a handshake with team-mate Salif Sane.

The positive reaction was quickly dampened as Fortuna won the fixture thanks to a pair of quick-fire second half goals. 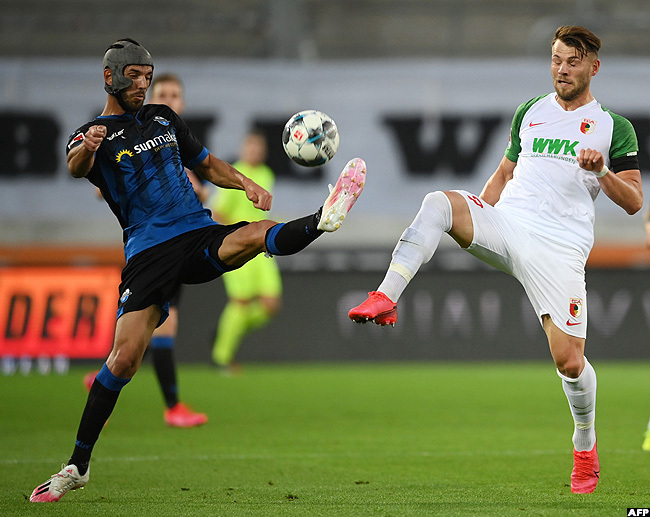 Despite the drastic changes in the Bundesliga due to strict health protocols, one thing remains the same - Paderborn's Klaus Gjasula continues to wear a protective helmet on the field.

His side remain rock bottom of the table after the goalless draw at Augsburg and face a tough task of staying in the top-tier a year after promotion.

'The Gladiator', as he is known, dons the head protection after suffering a broken cheek in 2013, according to local newspaper Stuttgarter Nachrichten.