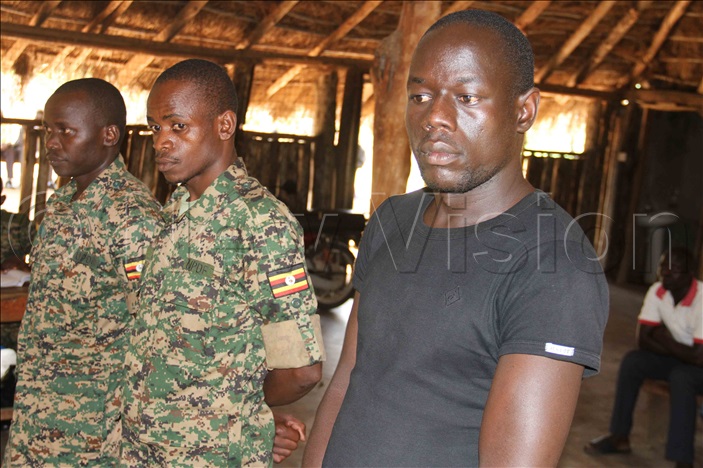 A man, who was arrested in 2019 for impersonating a State House Anti-Corruption official and extorting money from a headteacher in Lira, has been sentenced to seven years in prison.

Mike Adoko, 31, a resident of Teibira village, Ayago Parish in Railways Division, Lira Municipality, was given the sentence by the UPDF 5th Division Court Martial, which seats at Acolpii in Pader district, chaired by Col. Sam Omara.

They were jointly and severally charged with impersonation contrary to section 381 (1), and (2) of the Penal code Act. The two soldiers were separately charged with conduct prejudicial to good order and discipline.

Adoko and his colleagues first appeared before the Unit Disciplinary Court and were committed to the Division Court Martial.

The three first appeared before the court on May 14, 2019 and all pleaded not guilty.

Adoko had been on remand at Kinene Government Prison but was later transferred to Gulu Prison due to his poor health.

Adoko was on March 25, 2020 released on stringent bail terms and ordered to report to the registrar of the court-martial after every two weeks.

He was ordered not to attend any political rally, participate in any radio talk shows, or radio call-in program, not to organize any thanksgiving prayers and he had his movements restricted to Lira and Pader and would only go beyond the two points after being permitted by the court.

The two soldiers later pleaded guilty to the offense of conduct prejudicial to good order and discipline contrary to section 178 (1) and (2) of the UPDF Act, 2005, and were sentenced to prison terms.

The prosecution proved that the accused persons on March 28, 2019, at 10:50 am and on April 4, 2019, at 11:30 am respectively went to St. Katherine Girls School claiming to be working with the State House Anti-Corruption Unit and allegedly conned Rose Nangwala, the headteacher of the said school, of sh6m.

When asked why Adoko could not be tried in a civil court, Karemire said, that the accused committed the crimes together with serving members of the armed forces, which is why he could not be charged separately in a different court.