The company’s chief executive board secretary, David Beecham Okwere said they were planning to invest sh55.6b to boost their production capacity

The company’s chief executive board secretary, David Beecham Okwere said they were planning to invest sh55.6b to boost their production capacity

KAMPALA - Uganda has started exporting locally assembled and manufactured Mobile Phones. The first consignment of 18,000 pieces of both feature and Smartphones was Saturday flagged off by state minister for planning in charge privatization and investment, Evelyn Anite at the SIMI Mobile Uganda firm plant at Namanve Industrial Park in Mukono. 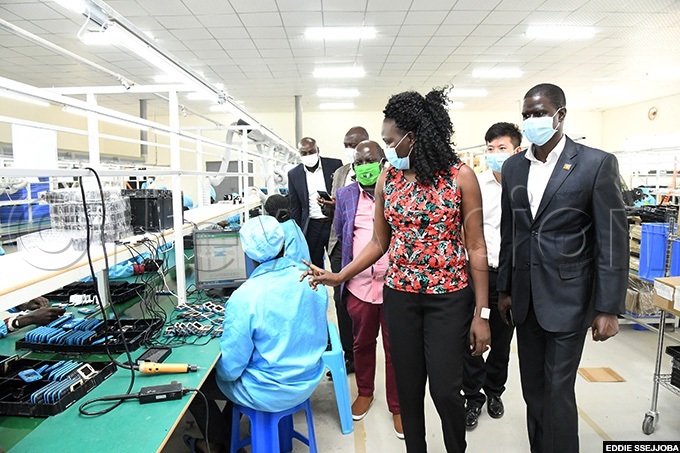 Simi Mobile, a subsidiary of Engo Holdings Group Limited has a capacity of assembling 2,500 phones per day. The Chinese-owned plant was commissioned by President Yoweri Museveni on 2nd November last year. 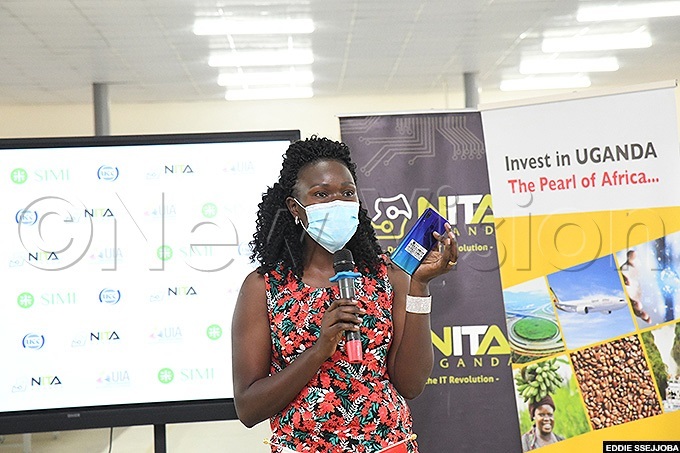 It is working in partnership with the National Information Technology Authority-Uganda (NITA-U) under the ICT ministry. 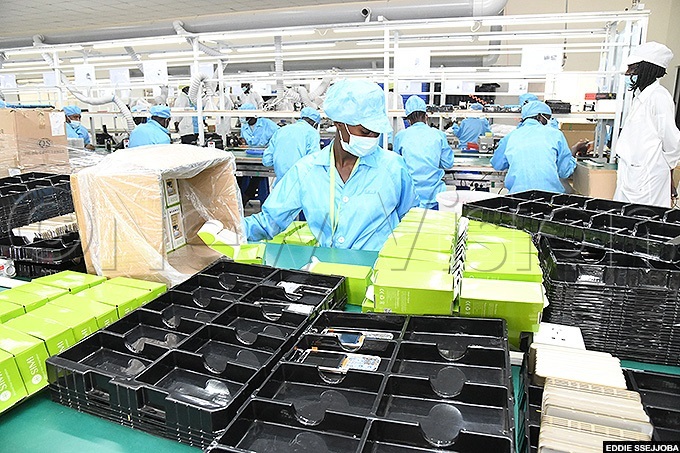 The company's chief executive board secretary, David Beecham Okwere said they were planning to invest sh55.6b to boost their production capacity to meet the current demand. 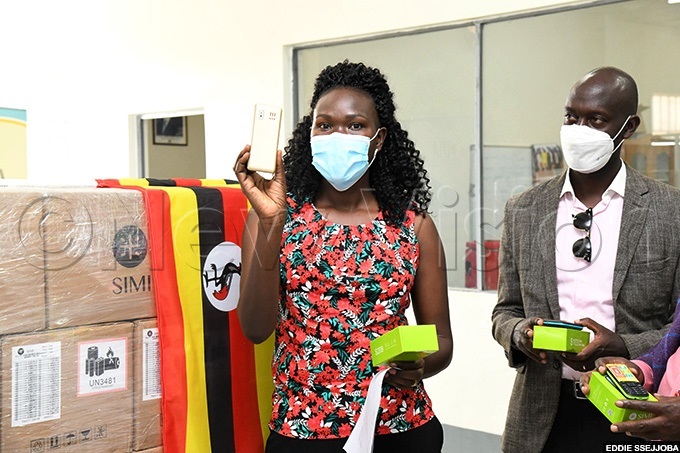 He said their products are already on the Ugandan market with their outlet at Kampala Road where people can access the cheapest phone in the country. A Kabiriti (feature) phone, according to Okwere, is sold at sh21,000. SIMI Mobile smartphones cost between sh185, 000 and sh500,000. 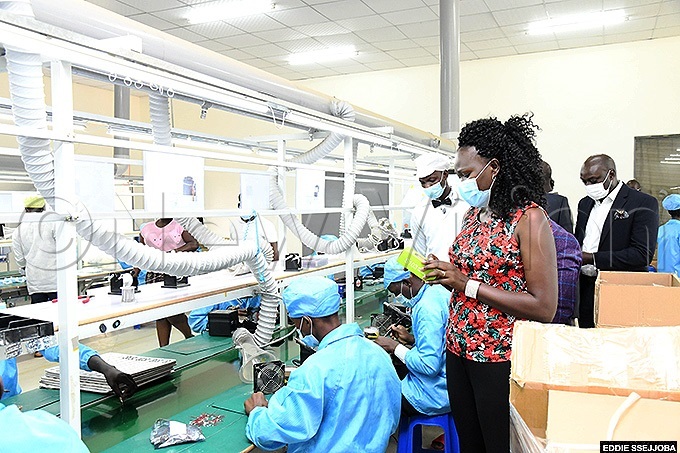 Anite commended whoever had contributed to the realization of the dream. She added that "To boost the local demand, government, under the Buy Uganda Build Uganda (BUBU) policy had decided to slap a 10% tax barrier on all imported smartphones." 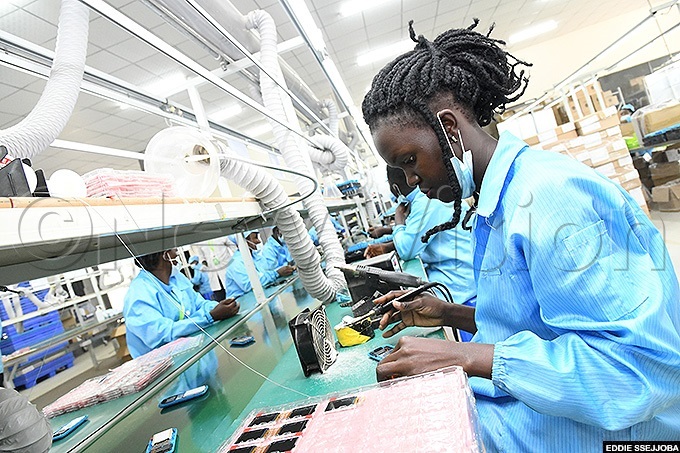 She revealed that Uganda has been importing over 5.6m phones tax-free. 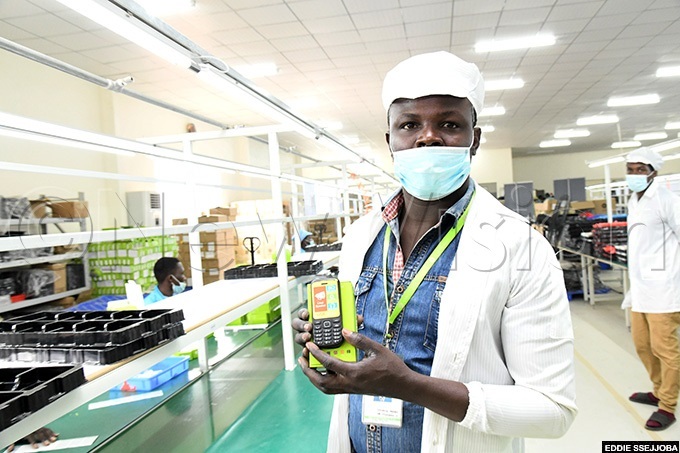 Anite said through NITA-U and Uganda Communications Commission (UCC), government will be able to give priority to SIMI mobile products when purchasing laptops for schools under the ICT and innovations program. 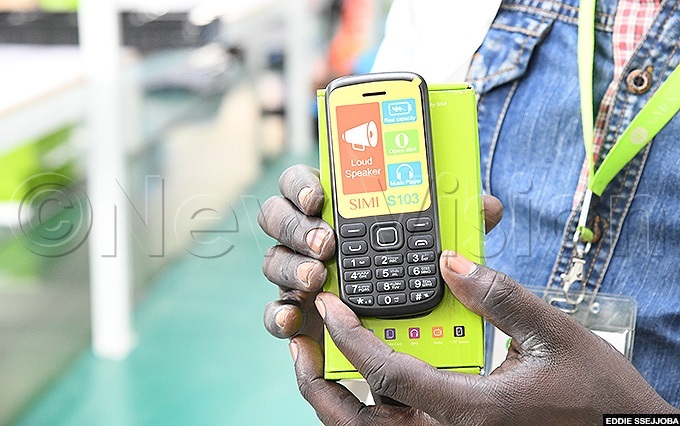 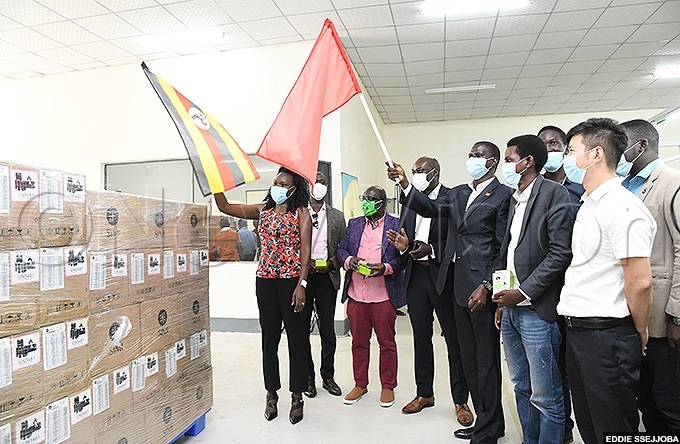 She applauded the firm for having accepted to invest in Uganda and assured the investors that government has plans of injecting more funds in the Uganda Development Bank, where such investors can access long term loans at cheap interest rates and boost their production capacity. According to Anite, the country benefits from such investments because they employ Ugandans.