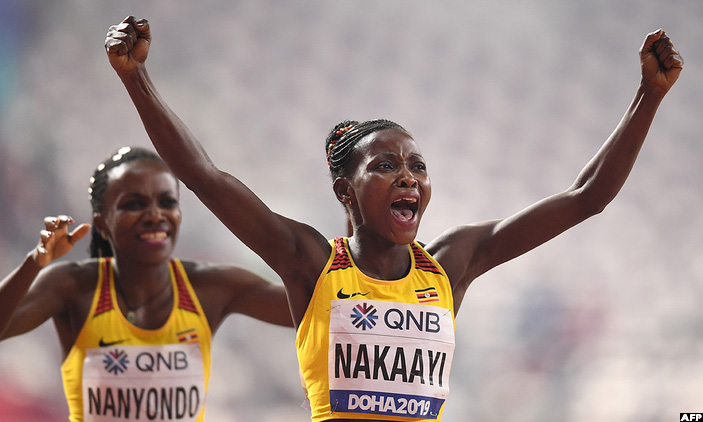 There has been a steady rise in female representation in Ugandan sport. And over the years the fairer sex have proved that they are not mere participants but serious competitors like their male counterparts.

We go down memory lane to list the female crème de crème of Uganda's athletics. 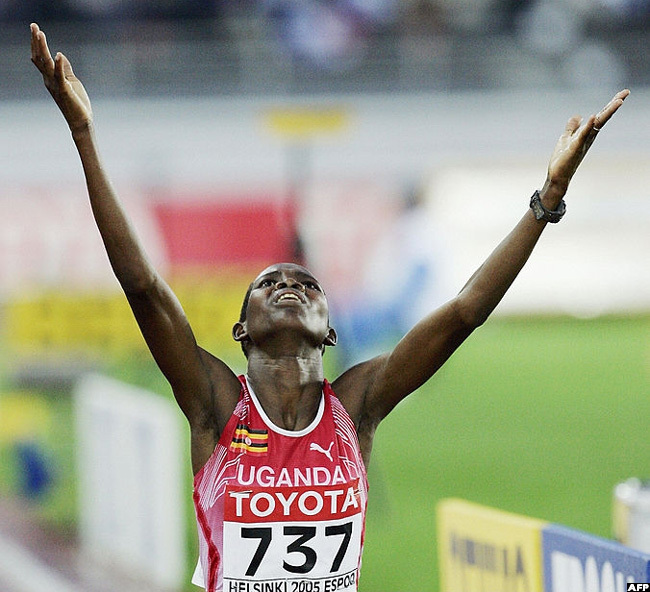 The Arua Gazelle is undoubtedly the biggest female athlete ever to have come out of Uganda.  She is the only Ugandan woman to have won the World Championship both as a junior (5000m)and a senior (3000m steeplechase).

In between these accolades, Inzikuru also won the Commonwealth steeplechase besides twice getting African silver. 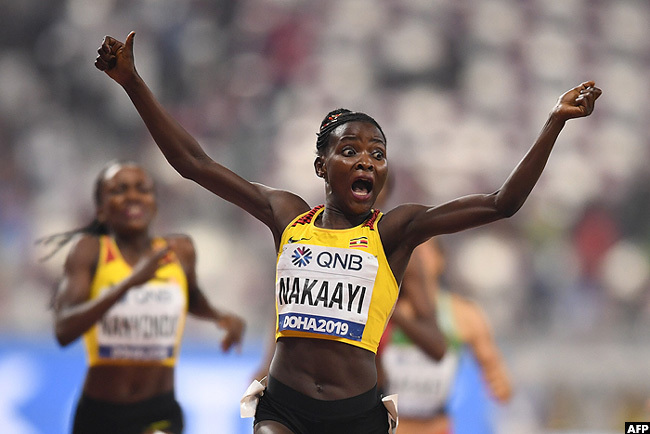 Nakaayi is the only other Ugandan to win a world senior title. She won gold in the 800m at the Doha World Championships last year. This came shortly after her getting bronze at the Rabat All Africa Games.

The diminutive athlete showed early what she was capable of when she won gold at the 2011 Commonwealth Youth Games. Interestingly, the win was in the 400m, where she clocked 57.6 seconds.

Is it therefore a surprise that she expertly combines speed and stamina in the two-lap race? 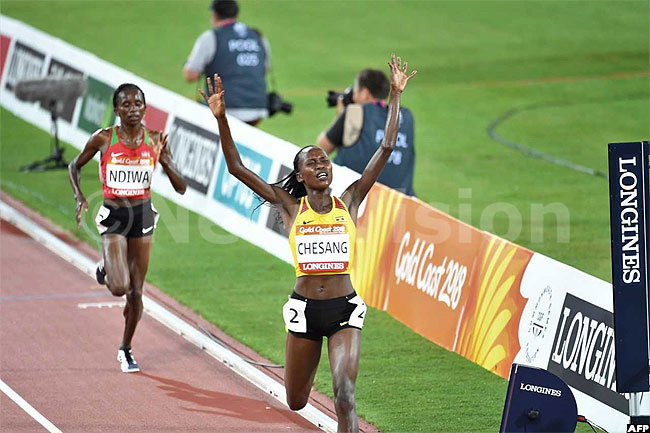 In 2018, she crowned a stellar season with a Commonwealth Games 10,000m gold medal. She first shot into the limelight in 2015 when she won the World Mountain Running Championship. That same year, she also got silver at the Africa Junior Championships.

The teenager from Koch-Goma in Nwoya district was the first Ugandan woman to win a Commonwealth Games medal. This was a bronze in Edinburgh in 1970. She had on her way to the final also set an African record of 52.86 seconds.

The following year, Ayaa won the 400m at a USA versus the rest of the world championship. Her time of 54.69 seconds was nearly a second faster than the nearest competitor.

Together with another sprinter, Mary Musani, they were the only women on Uganda's team to 1972 Munich Olympics. Ayaa set another African record of 52.68 at the games, a record time that stood for three decades. 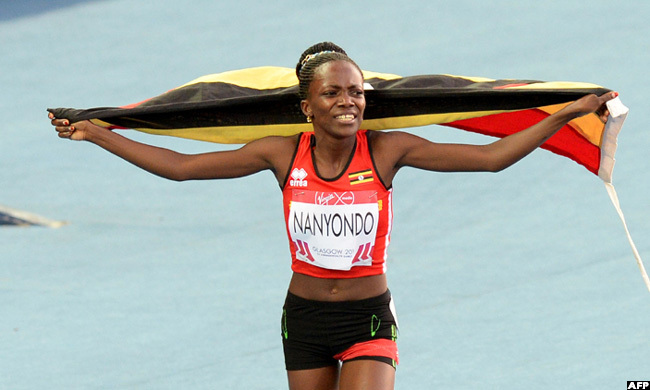 Going into the 2019 World Championships, Nanyondo was Uganda's female favourite. But she narrowly missed the podium in fourth position as her team-mate and best friend Nakaayi struck 800 gold.

Nanyondo's best season was 2014. She started off by emphatically winning the Summer Universiade World Cross-country at Entebbe. Later in the year, she got bronze at the Glasgow Commonwealth Games. That season also saw her win the 800m in 1:59.27 in the Golden Spike meet in Ostrava, Czech Republic.

She was the biggest name of Uganda's middle distance running in the late 1980s and early 1990s. Together with Farida Kyakutema, Evelyn Adiru and Grace Buzu, they formed Uganda's 4x400 team that won bronze in a 3:34.41 national record at the 1987 All Africa Games in Nairobi, Kenya. Nakiyingi went a step better at the 1990 Africa Championship in the Egyptian capital Cairo, where she won silver in the 800m and 1500m.

Nakiyingi was a bigger hit in the US, where she was on  a scholarship at Iowa State University. She was a two-time NCAA champion, seven-time All American champion, 11-time Big Eight champion and 1992 Big Eight Athlete of the Year.

At the end of her career, she owned three of the four fastest 800m times in NCAA indoor meet history. In 2001, the Ugandan athlete was inducted into the Iowa State Cyclones Hall of Fame. 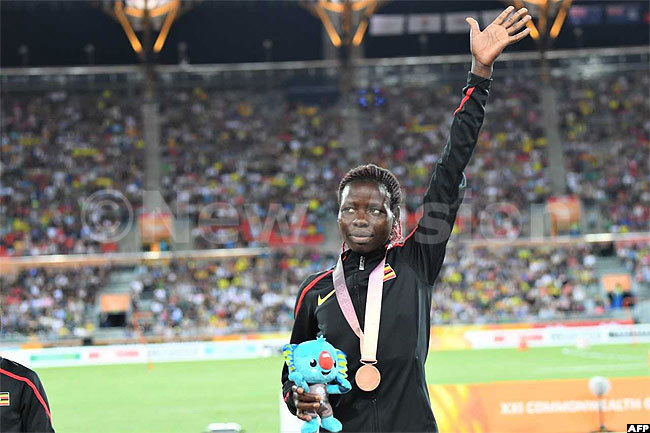 Going into the 2018 Commonwealth Games, she had not only one of the season's world fastest times, but was also the national cross-country champion.

At the Commonwealth Games in Gold Coast, she won bronze to become the fourth Ugandan woman to win a medal at the prestigious quadrennial event after Ayaa, Inzikuru and Chesang. 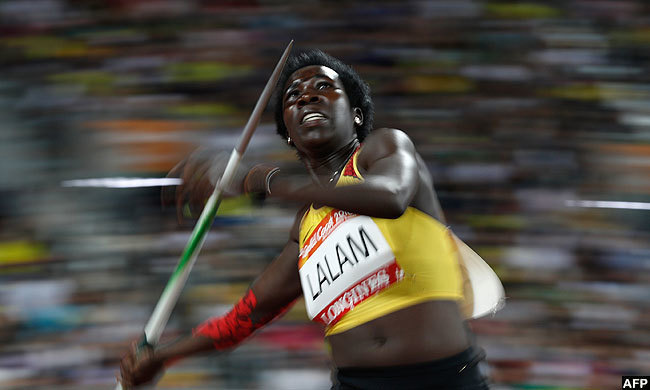 A javelin thrower, Lalam is currently the biggest name  in Uganda's field events. She shot into the limelight in 1997 when she won the Commonwealth Youth Games in the Bahamas with a 51.89m throw.

In 2018, she upgraded to senior level and immediately impressed with a bronze at the Africa Championship in Nigeria. She was the following year just a place away from a podium finish at the Rabat All Africa Games. The same year, she also won gold at the Africa U20 Championships in Abidjan, Ivory Coast. 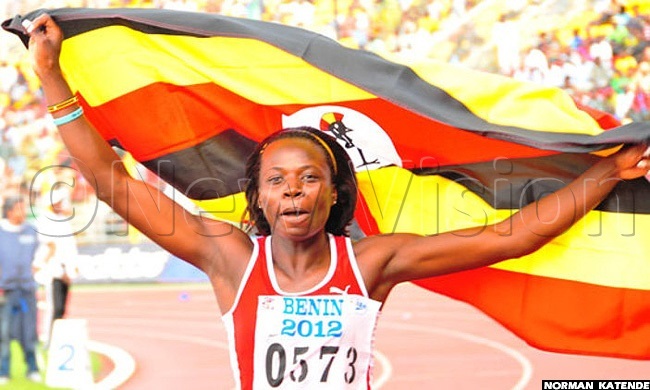 She makes the list for her two African titles. She won her first triple jump title at the 2010 African Championship in Nairobi and repeated the feat two years later in Porto-Novo, Benin.