Why Tullow assets are going for a song

The company still has a net debt of about $3b, eating into the company’s profits and dividends available to shareholders.

The company still has a net debt of about $3b, eating into the company’s profits and dividends available to shareholders.

If Uganda had not scuttled the Tullow farm down transaction in 2017, the company would have sold a barrel of oil to French and Chinese partners, Total and Cnooc, for over $3 per barrel. The two companies had agreed to acquire 21.57% of its stake for $900m three years ago.

However, the deal fell through after Uganda and the buyers and the seller failed to agree on the tax treatment of the transaction. Two years later, Total has agreed to acquire the Tullow's entire 33.33% stake in Uganda's 6.5b oil resources for less than $2 (sh7, 600) per barrel.

"We are pleased to announce that a new agreement has been reached with Tullow to acquire their entire interests in Lake Albert development project for less than $2 per barrel of oil in line with our strategy of acquiring long-term resources at low cost, and that we have an agreement with the Uganda government on the fiscal framework," Pouyanne said in the April 23 statement.

He added that the transaction would enable them drive down costs and deliver a robust long-term project.

Tullow, in the April 23 separate statement, said $500m would be paid on the closure of the deal and $75m at FID. It said contingent payments linked to oil price would be paid after production has commenced. But Tullow would receive no additional payment if the average annual crude price (international Brent price benchmark) is less than or equal to $62 per barrel. 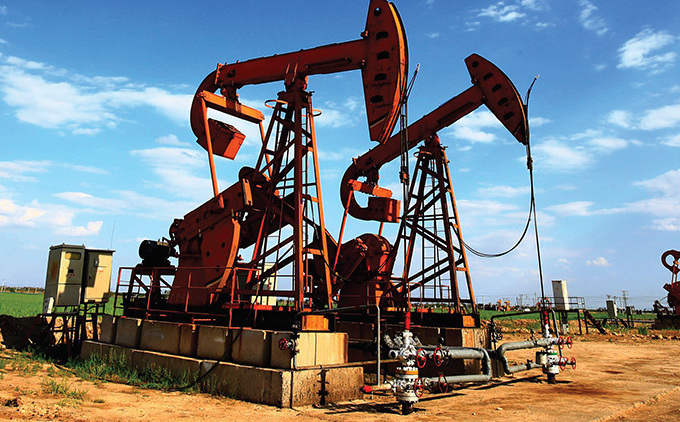 The company still has a net debt of about $3b, eating into the company's profits and dividends available to shareholders. (AFP)

Some questions have been raised about the decision by Tullow to dispose of its assets in Uganda at the time when oil price was at its lowest in decades. However, an analysis of Tullow's performance since the 2014 oil price crisis puts the decision down to the underperformance of its production wells in Ghana, the current low oil price, drop in assets value, and its debt pile.

The company blamed production cuts to, among others, a significantly reduced gas off take (supplied at no cost) into the Ghana National Gas Company, increased water cut in some wells, lower facility availability, mechanical problems and faster than expected production decline at Enyenra, one of the TEN fields

With an anticipated 19.5% decline in production over the next years, Tullow launched a reassessment of its cost base and future investment plans. It also resolved to allocate capital to its core production assets, development projects and exploration.

Perhaps one of the major indicators of troubles at Tullow was the resignation of its chief executive, Paul McDade, and the exploration director, Angus McCoss, last December. The resignations came amid production cuts from Ghana fields and reduced cash flow. Reacting to the resignations, the company said production performance at the TEN and Jubilee fields, was been significantly below expectations.

The Ghanaian fields are flagship production assets of the company mainly operating in Africa and these assets account for about 70% of its oil production.

In addition, the quality of the oil Tullow found in Guyana in South America was below its expectations. The heavy oil dampened the hopes of the shareholders as it could not present a good source of income. Yet the Uganda and Kenya projects could no longer be relied on to shore up its financial position in the short term due to delays in reaching FID.

"Total found a buyer who was desperate to sell and solve financial problems. It found a company that had could not develop the Ugandan resources, and which could easily go bankrupt if it did not sell some of its assets that are not making money," a source said, "Its shareholders were not happy with its performance and it risked losing more capital,"

When Tullow agreed a large part of its assets in Uganda in 2017 for $900m, it indicated that it needed $200m of the value of the deal in cash. It intended to use $700m to meet its share of costs for the upstream development project and the attendant crude oil export pipeline.

"This was a sign that Tullow did not have money," an industry source said. In 2017, the crude oil price was over $60 per barrel.

Tullow, in a statement announcing the latest deal to its shareholders, said the Uganda transaction marked the first step in portfolio management programme to raise in excess of $1b.

The London-listed firm said the proceeds from the sale would be used to reduce its net debt and strengthen the balance sheet and move the company towards a more conservative capital structure.

The company still has a net debt of about $3b, eating into the company's profits and dividends available to shareholders. The transaction is expected to be completed in the second half of 2020.

Before the 2014 oil price drop, the company had contracted debts to execute its projects, but the downturn ate into its cash flows and the company could not service its debts as it had planned.

The share price sank by 57% to 60.64 pence sometime last year - which was reported as the biggest decline since Tullow started trading in London 30 years ago.

The financial position drove the company into massive restructuring and it only reinstated dividend payment in 2019 having stopped doing so in 2015, saying that it focused on reducing its debt.

However, the worst was yet to come. Tullow suspended the dividend payment plans again last year when the share price plunged to 40.47 pence.

Interestingly, Tullow hoped to generate cash flow of at least $150 million at $60 a barrel after a capital investment of $350 million in 2020, according to the company' statements to shareholders. 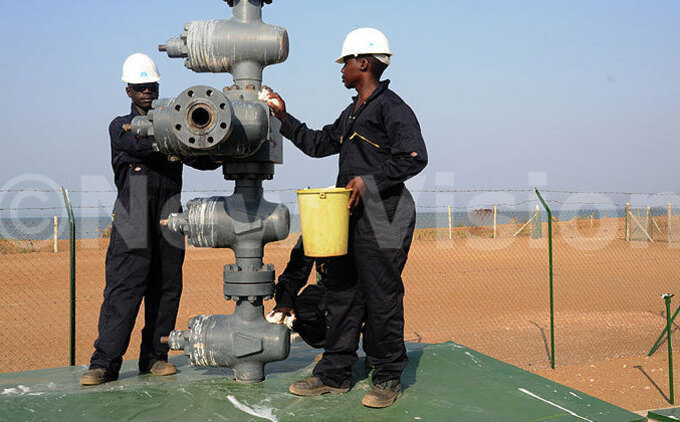 Before the 2014 oil price drop, the company had contracted debts to execute its projects, but the downturn ate into its cash flows. (File photo)

Yet this dream was dashed by the outbreak of the novel coronavirus late last December, destroying global economic activity and eroding demand for oil.

As the Tullow and Total agreed to the nitty-gritty of the deal between March and April before publishing statement about their agreement days later, the price of oil collapsed into negative territory but recovered to $20 per barrel later.

Dorothy Thompson, Tullow's executive chair, in last month's statement, said the latest deal is important for the company and forms the first step of the company's programme of portfolio management.

"It represents an excellent start towards our previously announced target of raising in excess of $1b to strengthen the balance sheet and secure a more conservative capital structure," Thompson stated.

The permanent secretary at the energy ministry, Robert Kasande, said the collapse of the value of Tullow's assets in Uganda was occasioned by the fall in its share price and the decline in demand for oil.

The spokesperson at the revenue authority, Vincent Sseruma, said attributed the low tax arising from the deal to the difference between the percentage share of assets which Tullow was selling in 2017 and what it has agreed to sell to Total in 2020. This, he added, increased the recoverable cost.

"Tullow was selling 21.57% of its shares in 2017 and now it's selling the whole of 33.33%. That, besides the oil price and its share price and other factors, increased the cost recovery component and affected the amount of tax," Sseruma stated.

He added that since the structure of the deal would enable Tullow get additional funds when oil prices increase, the taxman would also receive more taxes.

However, a source in the industry said the recoverable cost did not affect the tax component to a large degree, but blamed the low value of the deal to mainly oil prices and Tullow's financial troubles as well as delays in concluding the deal.

"The Government won't tell you that they erred but they did. And it should show Uganda that oil companies understand the oil industry better than its technocrats and that is the case globally. When you fail the deal, they will go and come back when prices are low and when the seller has financial problems," another source said.

A professor of entrepreneurship and principal of Makerere University Business School, Wasswa Balunywa, said Tullow took "a smart decision" to dispose of its Ugandan assets which were not retuning a profit at the time of low prices, and that the buyer is a deep pockets company, with several projects around the world and can hold the resource without developing it for long.

"You cannot compete with big companies. Small companies develop products and sell to big companies because they cannot absorb the costs some times. But the oil prices will rebound and Total will make money," he added. The cost of producing Ugandan oil, Balunywa added, is much lower for Total than it is for Tullow.

Since Uganda has cleared the deal, all eyes are now on the Government and oil companies to reach FID to unlock an investment of between $15b and $20b to develop the resource.

Cheating couple catch each other

Elder caught with pants down, runs away naked