They also pledged to continue answering to demands for charitable contributions from their respective communities affected by the country’s lockdown.

They also pledged to continue answering to demands for charitable contributions from their respective communities affected by the country’s lockdown.

KAMPALA - The Kwagalana Group, an association of wealthy business entrepreneurs in Kampala have donated a brand-new Double Cabin pick-up to the Uganda COVID-19 Response Taskforce.

They also pledged to continue answering to demands for charitable contributions from their respective communities affected by the country's lockdown.

Godfrey Kirumira, the association chairperson said several members of the association have already, in their individual capacities or companies and organizations, contributed cash and similar vehicles to the taskforce but they decided to come up again as a group to answer President Yoweri Museveni's call to well-wishers to generously contribute money and vehicles as well as relief food to the needy communities. 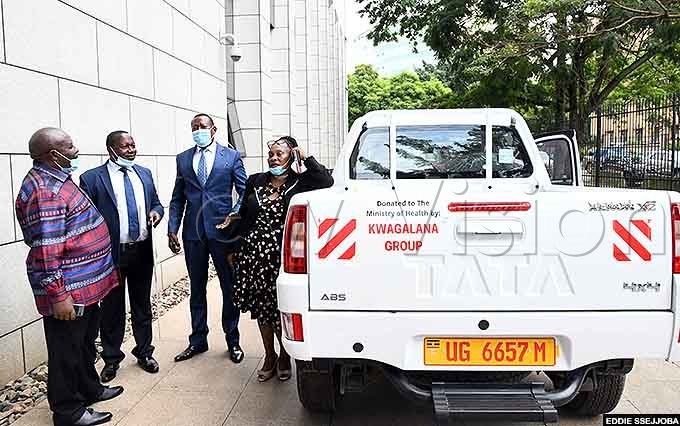 Kirumira was speaking at a function where the association handed over a brand-new Tata pick-up to the First Deputy Prime Minister, Gen. Moses Ali at the Office of the Prime Minister on Tuesday.

Kirumira was accompanied by members including the chairperson of the National taskforce, Emmanuel Katongole. Others were William Kajoba, Ephraim Ntaganda, Dr Sarah Nkonge, Moses Bagalye, Dick Kizito and Fred Kayiira. They were joined by Robert Kabushenga, the Managing director Vision Group, who is a member of the task force.

Kirumira revealed some of the members who have already contributed to the taskforce. They include Sudhir Ruparelia who donated two brand new pick-ups, John Yiga of Steel and Tube who contributed one brand new pick-up, Hammis Kiggundu who donated sh100m and Dr Nkonge who gave food to the needy in Lwengo district. Gaster Ntakke, according to Kirumira, also donated food in Mukono, John Ssebalamu of Freedom City Mall donated four tons of maize flour and rice in Mpigi while Ben Kavuya, another member, gave out food in Rukungiri and Lyantonde districts. 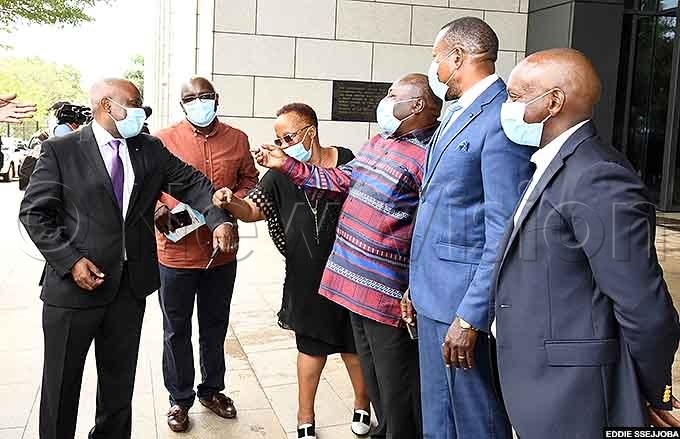 "We continue to identify societal needs and actively reach out to our communities through charities, depending on the different levels of needs, right from society to the houses of worship," he said.

Kirumira said the association was proud that their colleague had been appointed by the President to head the donations taskforce.

He urged Ugandans to continue observing the safety measures outlined by government and the Ministry of Health in order to defeat the pandemic.

In response, Gen. Moses Ali said the contributions by various individuals and organizations was an indication that Uganda is ‘more united than ever before', which he said is due to the good leadership of President Museveni. 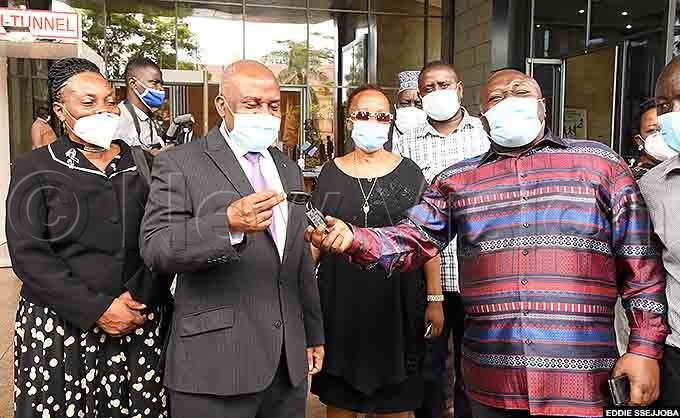 He said he was optimistic that Uganda would finally win the war against COVID-19. "We can now say the enemy (coronavirus) is in ‘squatting position' and easy to push down," he stated, appealing to Ugandans continue with the vigilance against the pandemic.

The function was attended by Mary Karooro Okurut, the minister in charge of general duties in the office of the Prime Minister and supervisor of the COVID-19 response fund.

Besigye back to prison