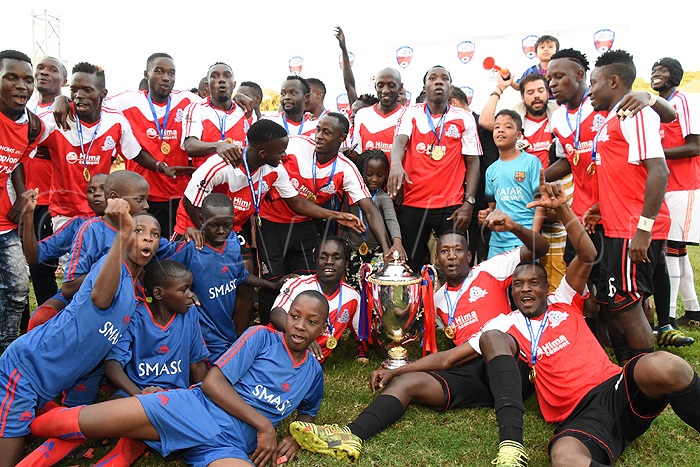 Vipers SC are set to be crowned champions.
TOP Football STORY
a year ago .
Vipers declared 2019/20 Premier League champions
After being declared champions, Kitende-based Vipers will next represent Uganda in the CAF Champions League while KCCA will carry Uganda's flag in the CAF Confederation Cup.

KAMPALA - Vipers have claimed their fourth league title after being declared champions of the StarTimes Uganda Premier League for the 2019/20 season.

This was announced by the president of Uganda's football governing body FUFA, Moses Magogo, on Wednesday at a press conference. Vipers will now represent Uganda in the CAF Champions League

Magogo revealed that basing on President Yoweri Museveni's latest address on the coronavirus situation in Uganda, sports might take much longer to resume. For that reason, the FUFA Executive decided to apply Article 18, Sections C and D of the Competition Rules to declared the Venoms champions.

It states that incase of an emergency - like the current coronavirus pandemic - when the league cannot go on and if 75%of the league has been played, the club on top of the table standings at the time can be declared the winner.

''Where at least one club has played more than 75% of the league, the following formula shall be used by TOC (tournament organizing committee) to determine the table positions for the respective group". 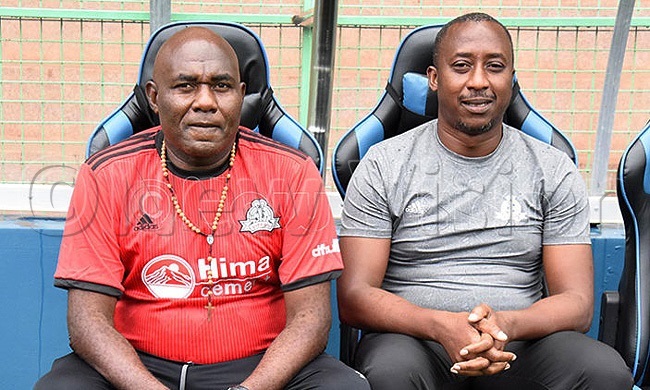 By the time the league took a forced break, Vipers were leading the table on 54 points, four above second-placed KCCA, with five games left to climax the season.

In this case, Vipers will have their 54 points accumulated multiplied by the 30 games supposed to be played in the entire season divided by 25 games played.

That brings their points tally to 65 points.

This calculation is done to compensate for the matches that were not played. The same calculation has been applied to the relegation teams - Maroons, Proline and Tooro - for demotion to the FUFA Big League.

Kitende-based Vipers will represent Uganda in the CAF Champions League while KCCA will carry Uganda's flag in the CAF Confederation Cup.

In the Regional Leagues, the first-round table standings will be considered for playoffs while at the competitions at district level will have neither a champion or teams relegated.

The FUFA Juniors League has also been cancelled.


REMEMBER WHEN VIPERS WON THE TITLE IN 2018?

This year (2020), there will be muted celebrations in the Vipers camp for their fourth league title due to the coronavirus lockdown that has plunged local sports into freeze mode.

So if you are a Venoms fan, what better way to help you celebrate than to relive the moments your team won the title in 2018! Let us lead you down memory lane with these pictures that captured the mood at St. Mary's Stadium in Kitende . . . 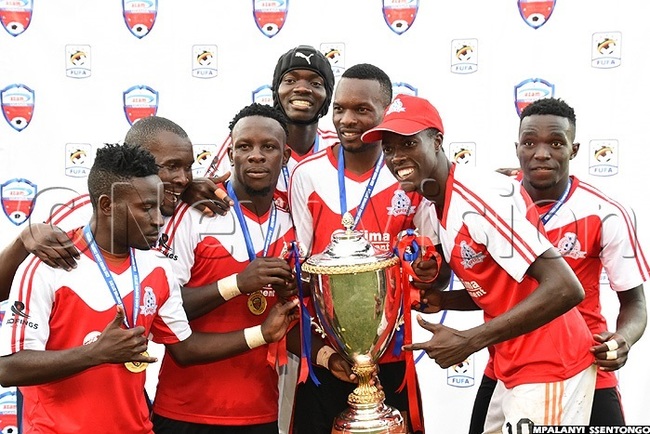 Such were the scenes after Vipers sealed their third Uganda Premier League title. 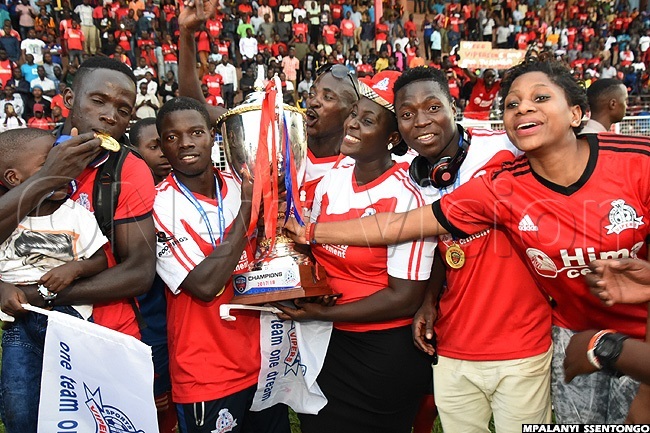 At the time, it was a mood of excitement and sporting ecstasy.

Miguel Jorge Da Costa was the man in charge at the time and winning the title got him as overjoyed as anyone else in that stadium.

Only a month later, however, the Portuguese tactician would go on to be dismissed by the Kitende-based club. 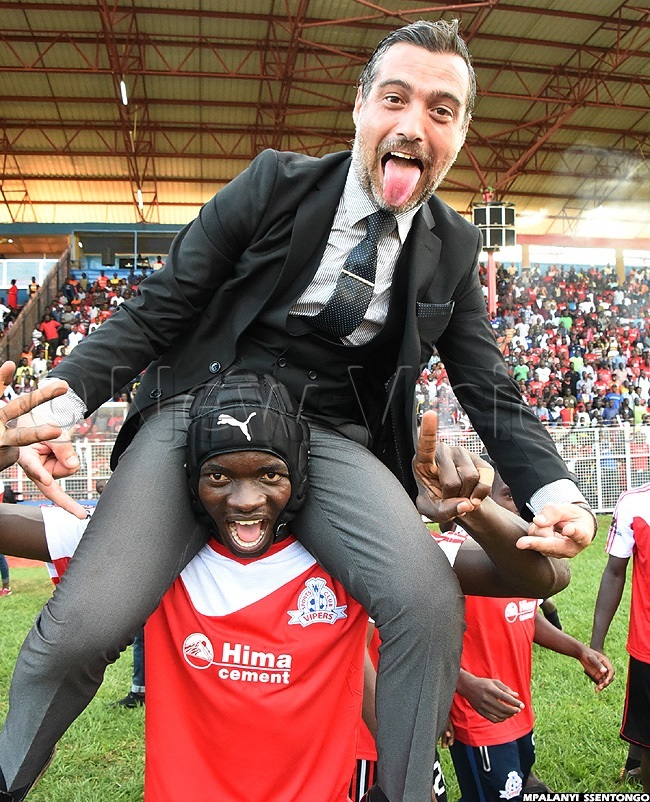 In the stands, the fans were equally ecstatic. 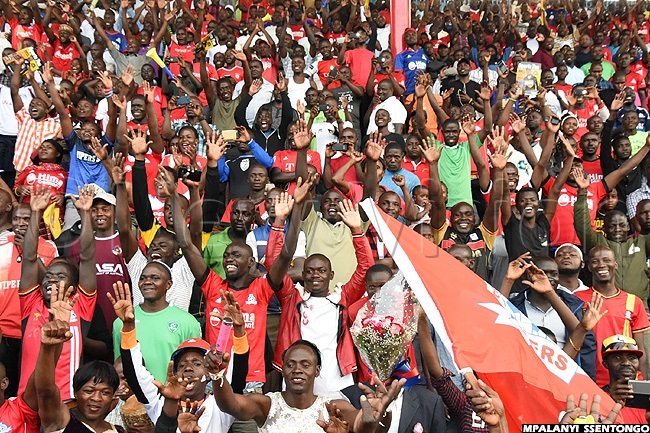 On the pitch, the players upped their groove game, twisting and gyrating their athletic frames in musical celebration. At the time, Vipers had last won the title three years back (in 2015).

Both players and fans soon realised that winning could very much become a habit for them. And they loved every bit of the idea! 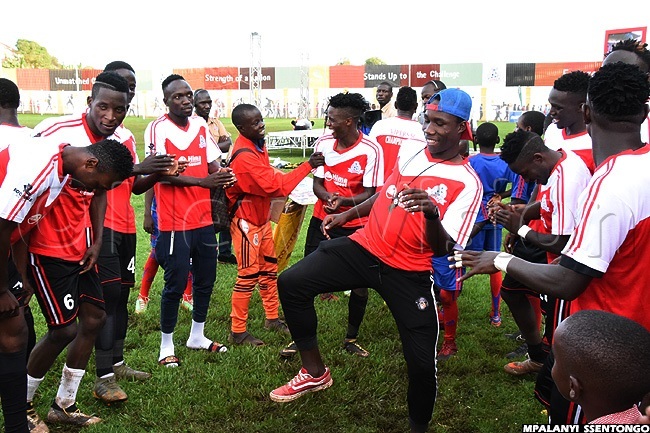 The elated players then took turns for a photo opportunity, making sure to display their objects of triumph (trophy and medal).

Some wanted to be frozen in time with their loved ones. This was a big, big day! 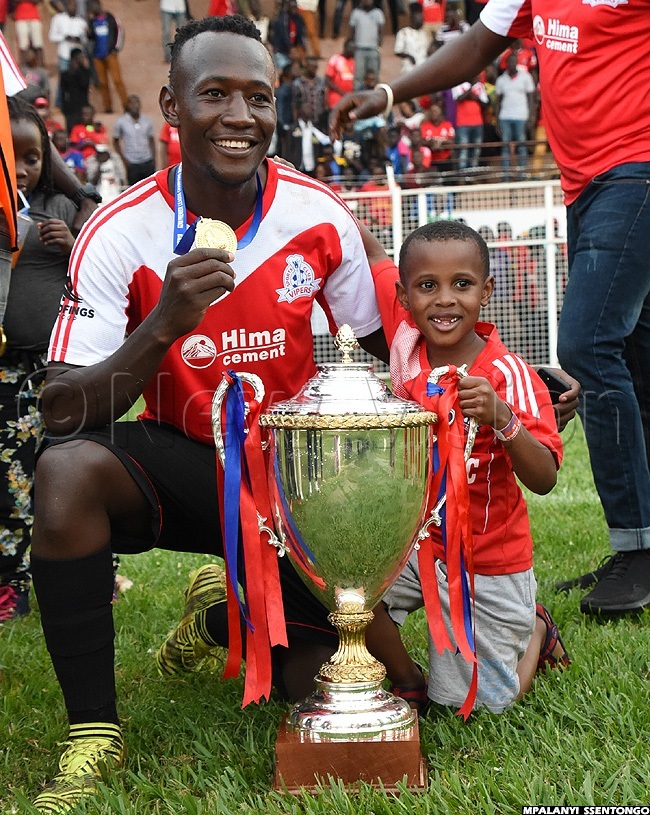 Dan Sserunkuuma has always been and still is a prolific forward. He surely knew what victory tasted like, especially having previously enjoyed stints with Kenyan league giants Gor Mahia. 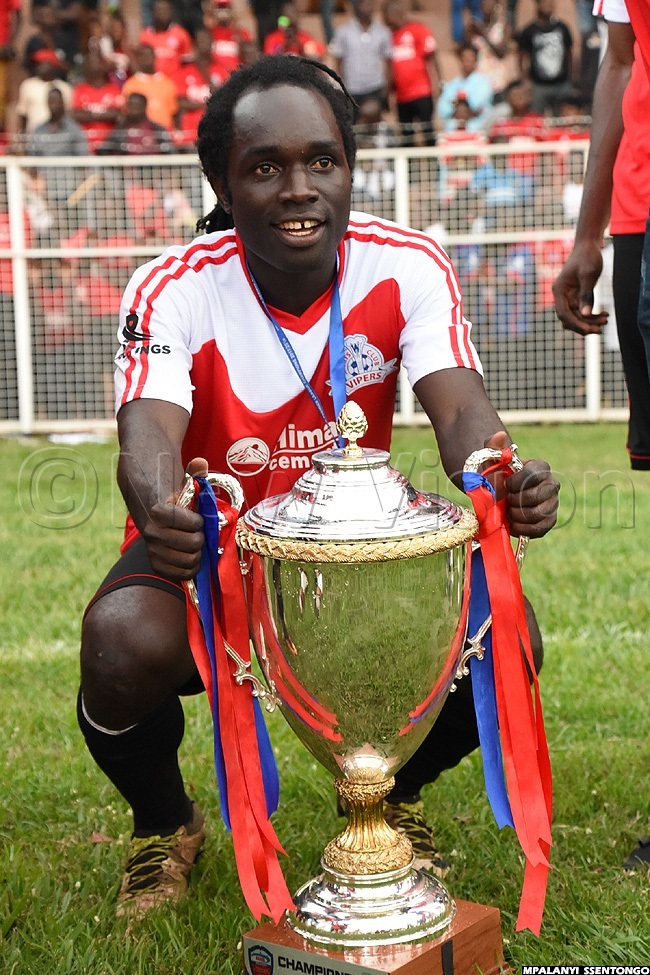 Such were pictures to frame and keep forever.

And also to keep for memories on a rainy day - like present day, when it is not possible, due to the lockdown measures, to celebrate the way they did back in 2018. 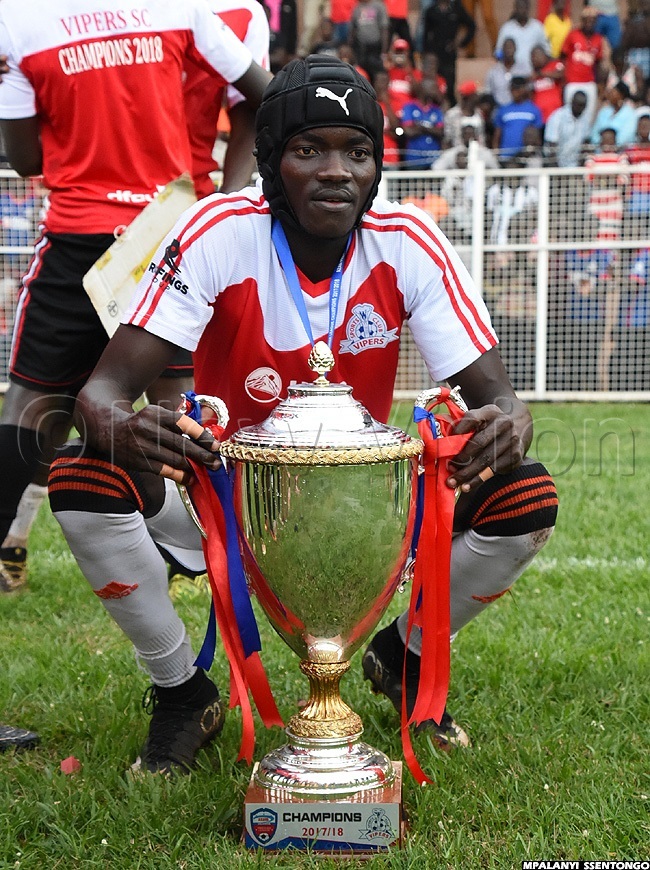 The potent of the Venoms had been felt. They were the champions! 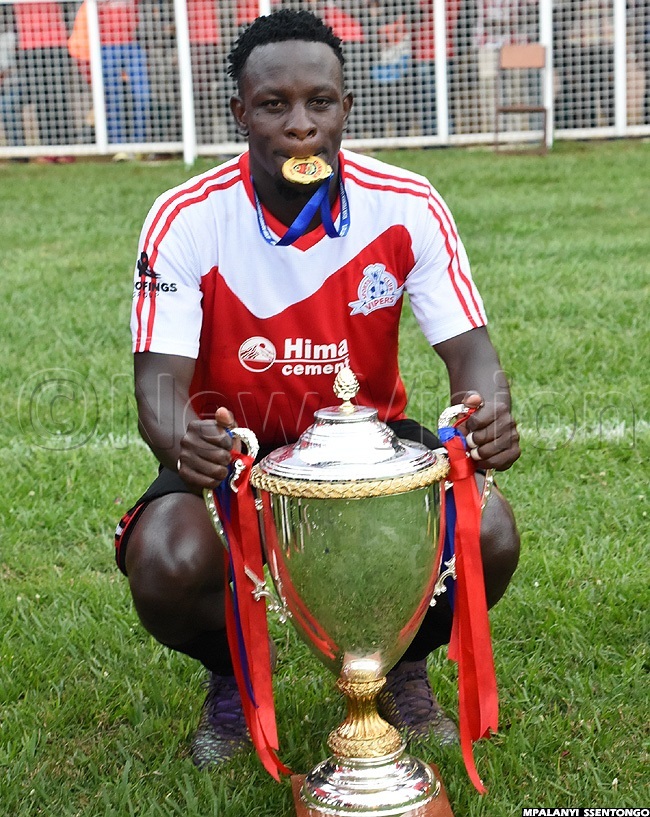 A memorable day, that one.

Fast-forward to present day, and Vipers have done it again - of course under completely different circumstances.