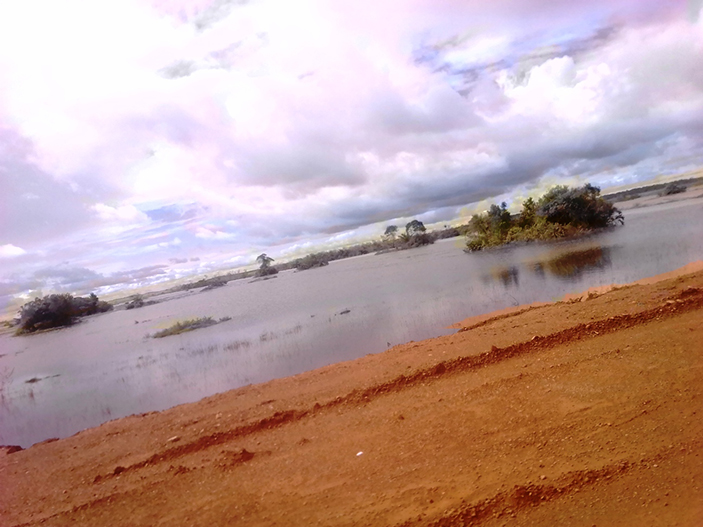 Heavy flooding arising from the elevating water levels of Lake Victoria along the landing sites have spilled over to the Masaka Industrial Park.

The floods have paralysed the construction of the Masaka- Bukakata road after they submerged the road and the industrial park since last month.

The park was designed to create 20,000 job opportunities for greater Masaka, according to the China Africa Friendship Association in Uganda (CAFAU) Chairman, Eng Benon Mugalura.

The Industrial park is mainly for agro-industries.  One part of the park was set for the Chinese and another portion for other investors, according to Mugalura.

"We shall also benefit from incentives that come along with industrialization," Mugalura told New Vision.

"I have heard about the fears regarding the delays in the development of the Masaka industrial park, Let me assure you that  the program is still on and will be developed by the Chinese Investors," he said.

Ssekandi said he initially held discussion with the head of the China top Political Advisory Board official, Wang Yang over the Masaka Industrial park program.

"The Masaka Industrial park development is among the issues I discussed with the recent China delegation and the program is still a priority," he said.

He urged the public to support Chinese Investors to establish their industries.

"We must not frustrate the Chinese investors because we are also beneficiaries through infrastructure development and business. The Chinese are serious and friendly on matters of development. They do not make fake promises," he said.

Ssekandi said the locals will benefit better if they export products with value addition.
He was by then reacting to the Masaka Municipality MP, Mathias Mpuga, who expressed concern over reports that the industrial park development for Masaka had suffer serious setbacks.