Monic Katukore a resident of Katete ward in Nyamitanga division in Mbarara Municipality this morning delivered a bouncing baby girl in a latrine, which was on the roadside as she was walking to the hospital due to lack of transport means.

All pictures by Adolf Ayoreka

Unknown to her that Monday would be her due date, Katukore says she woke in the morning and decided to walk to the hospital for a checkup, but developed labor pains on her way.

Katukore delivered her baby along Tataitwe road in Mbarara town, in a latrine used by scrap dealers.

The now mother of four had left her three children in the care of neighbors before heading to the hospital. 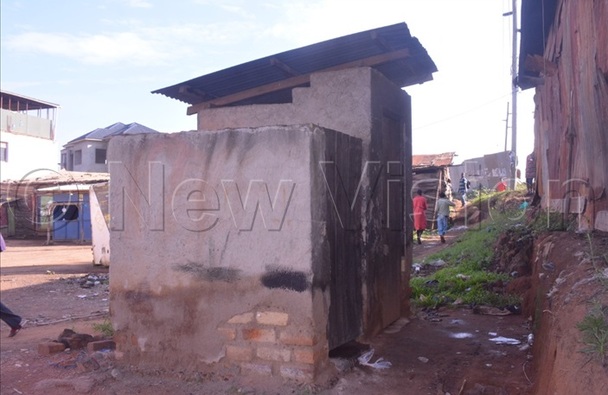 "On reaching Tataitwe road, I lost energy, sat by the roadside wondering what to do next, then I saw a nearby toilet that had a urinal," Katukore narrates.

In the process of delivering her baby, she was found by Isaac Tumuramye, who had gone to ease himself.

Tumuramye found her lying on the floor of the urinal helplessly pushing to deliver.

"I called for help from ladies who were nearby, to help the mother deliver her child," he said. 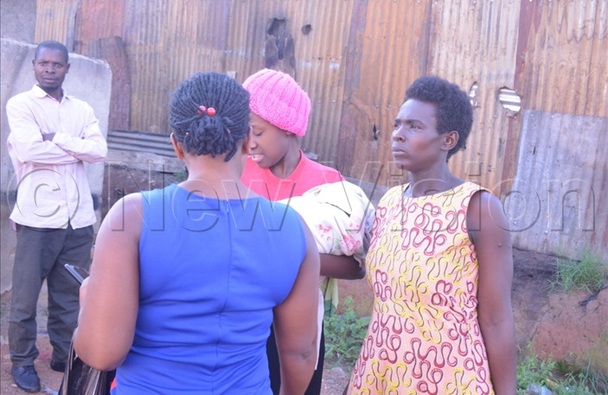 Leaving her in the hands of the ladies, Tumuramye rushed and picked bed sheets from a lodge where he works, to cover the baby since Katukore had none.

Sarah Atuhairwe, one of the midwives at Mbarara Municipal Council Health center IV, said they managed to admit the mother and child, who are both in stable conditions.

Judith Kobusingye the in charge of the maternity ward said that mothers are being challenged with lack of transport to bring them to hospital. Kobusingye said that most mothers walk long distances to and fro after they are discharged. 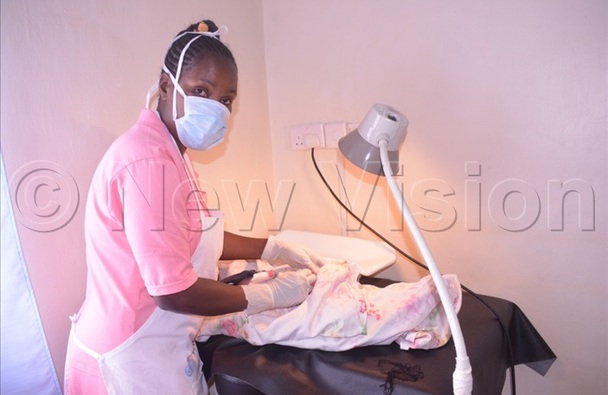 Kobusingye called upon security people to always give priority to pregnant mothers especially those who use Bodabodas, saying that some don't use them, because they fear being arrested by security people.

Katukore says she managed to deliver by herself and is grateful that there are people who went to her rescue, and helped in cleaning and tidying the baby up.

She added that the lockdown found her husband in Kampala and she has been staying with her children.