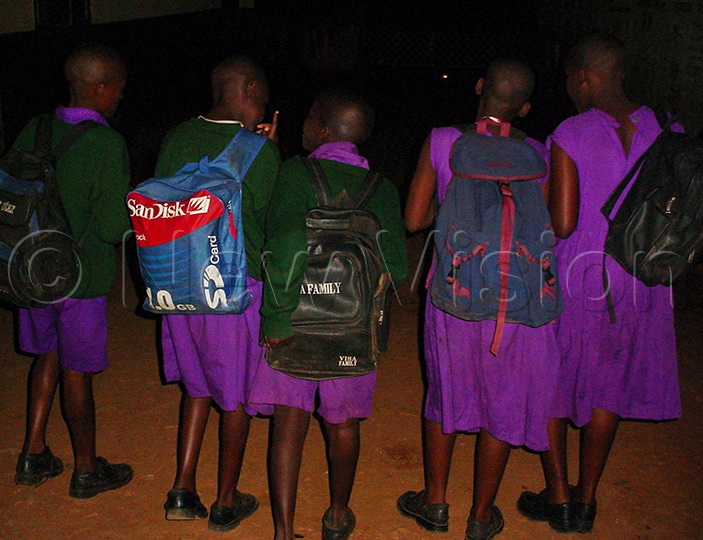 Some men are using the lockdown, to take advantage of school girls by luring them into sex in exchange for money to meet their basic needs.
TOP National STORY
Sat May 16 2020 .
Lockdown:  When staying home is unsafe for school girls

Some men are using the lockdown, to take advantage of school girls by luring them into sex in exchange for money to meet their basic needs.

With Uganda under lockdown as a measure to stop the spread of the coronavirus, schools were part of the many institutions that closed.

However, sending children home, especially the girl child exposed them to sexual violence. Some men are using the lockdown, to take advantage of schoolgirls by luring them into sex in exchange for money to meet their basic needs.

Out of the total population of students enrolled in education globally, UNESCO estimates that over 89% are currently out of school because of COVID-19 closures.

This represents 1.54 billion children and youth enrolled in school or university, including nearly 743 million girls. Over 111 million of these girls are living in the world's least developed countries where getting an education is already a struggle.

In Uganda, at least 15 million school-going children in Uganda are currently at home following the closure of schools due to the outbreak of coronavirus.

When 16-year-old Christine, not real names, a resident of Kawempe in Kampala got a holiday, she was happy hoping that home was going to be safe for her.

However, it was barely two weeks when she started being sexually harassed by men in her community. Since she puts on casual wear at home, men tend to think she is an adult.

According to Christine, whenever she goes to the shops to restock for the family, she finds young men redundantly seated in small groups talking about anything that comes to their minds. They always utter vulgar words and insults at her.

"They begin telling me how my body looks attractive and a real girl without a uniform. But I always do not pay attention to them. I quickly pay for the items and run home to avoid contracting the virus," she says. 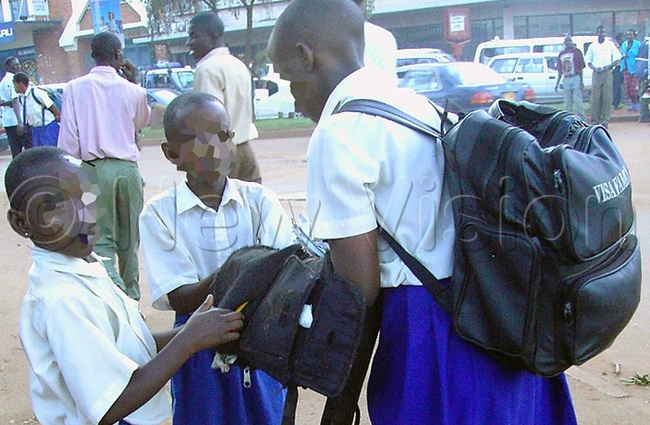 She requested that the government reconsiders both the negative and positive consequences of this lockdown towards youths, especially girls. "Prioritise our needs such as sanitary pads among other things," she said.

Another girl who preferred anonymity says, because of the lockdown, her father who was a boda boda cyclist failed to provide for the family. He decided to send the children to their uncle who is 8km away from their home.

At her uncle's place, she was sexually abused by her uncle who claimed that he was helping them.

"When I reported to my father, he kept a deaf ear claiming that there is nothing he can do or else I want to return home and suffer. Even the men around the village also take advantage of the poverty situation to ask for sex from me and my siblings," she said.

According to her, she wishes schools were open such that she does not have to spend time in the hands of the monster to take advantage of their father's poverty.

Shamim Nakibogo, a Girls Advocacy Alliance champion based in Buyende district, attests that beyond the school closure being a preventive measure, COVID- 19 has had considerable negative financial implications to vulnerable families, putting many girls at risk of GBV.

According to Nakibogo, at the closure of schools, one stepmother in one of the villages of Buyende refused four stepchildren (girls) who are in the age ranges of 11, 13, 15 and 17 to return home and directed their father to take them elsewhere, noting that she will not be able to feed them.

"The girls were left to wonder in the villages looking for where to stay. Foreseeing what would happen to them, we mobilised and relocated them to their uncle's place where they are living," said Nakibogo.

According to Nakibogo, some young girls have also shouldered the burden of ensuring that families survive during this lockdown.

"There is a girl who has shared with me that she is looking for a temporary job as a maid so she could have the income to feed her family as she waits for the lockdown to be lifted. But I have told her as this is a quarantine period, no one will offer her a job," she said.

One of the elders in Tororo said, traditionally, women are the breadwinners in most rural communities. Men wake up each morning to go to the drinking joint till night while women and children go to the gardens.

However, with the current lockdown down, men are "locked up" in homes, alcohol joints were all closed! Out of this frustration, men have become violent battering women and girls over any small issue.

23-year-old Christine Amusugut, a Girls Rights Club member, in the remote village of Melikit in Tororo district, narrates that since the lockdown, coupled with the closure of schools, girls are particularly suffering the consequences of COVID-19.

Amusugut explains that there is a lot of poverty in this community. She revealed that there are two girls aged 13 and 14 who shared with her that their father has asked them to look for boyfriends so they could get money to support the family.

"I usually find them at the borehole with boys. If schooling was going on, these girls would be busy with their education, instead of roaming about in the community. These girls face risks of teenage pregnancy or early marriage," she explained.

Robert Wafula, the Gender Coordinator, and Acting Gender Advisor at Plan International Uganda say gender-based violence has doubled in Tororo district with about 80 cases reported during the month of lockdown compared to the 40 cases reported per month before COVID-19.

He revealed that in one of the villages, three girls aged 9, 11, and 12 were defiled (raped) by their guardians at home recently. He said that they are working with partners and police to ensure that girls who have suffered GBV get justice.

"Also, we have asked the district task forces on COVID 19 to include gender officers to support in tackling the vice and ensure justice is served," Wafula said.

He revealed that as part of its COVID -19 response strategic plan, they are working with partners to distribute a variety of items to meet the basic needs of girls, including sanitizers, liquid soap, gloves, and handwashing facilities and cash transfers among others.

"As part of this arrangement, 320 vulnerable girls under the Safe and Inclusive Cities programme in Kampala have each received cash of sh100,000 to help them buy food and other items," Wafula said.

19-year-old Margret, who was training for hairdressing before the lockdown at Uganda Youth Development Link training centre, said the family had been struggling to make ends meet, since the lockdown.

"Our rent is due; we did not have food and other basic needs. This money has come handy, it will help us sort some of those things," Margaret said.

Anisha 18, another beneficiary said her family was surviving on pancakes and tea. "We had given up washing as we did not have soap, we would put the clothes in water and just hang them up to dry just like that," she said.

She added that with sh100, 000, she will buy food, soap, sanitary pads, and other basic items to sustain the family. "I will buy a comb and plait hair of neighbours to keep us going," she said.