The facts: Entebbe Road not cut off at Kitubulu

It was alleged that the one road connection to the lakeside town had been cut off at the peninsula point at Kitubulu meaning that only access was by air and boat.

It was alleged that the one road connection to the lakeside town had been cut off at the peninsula point at Kitubulu meaning that only access was by air and boat.

WAKISO- Lake Victoria has not burst its bank at Kitubulu after this morning's downpour, as has been alleged on several social media sites today.

It is true that the rising levels of water in the lake have brought the tide close to kissing the tarmac at Kitubulu, but Entebbe has not been cut off as had earlier been feared.

In a bid to establish the facts, our reporter, Julius Luwemba, found the Uganda National Roads Authority (UNRA) team on site trying to avert the feared disaster. 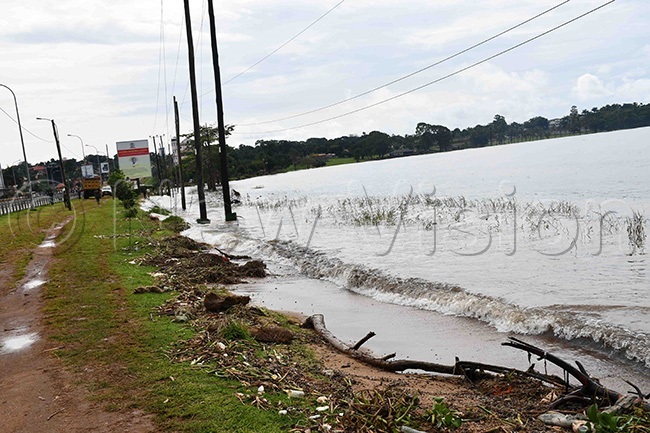 Social media was awash with rumours this morning that Entebbe had been cut off from the rest of the country by rising Lake Victoria water levels. It was alleged that the one road connection to the lakeside town had been cut off at the peninsula point at Kitubulu meaning that only access was by air and boat.

UNRA officials were quick to avert panic by tweeting that all was in control. "Ongoing works at #Kitubulu, Entebbe Road to protect the shoreline from increasing water levels. @UNRA_UG working with the Expressway contractor - CCCC," Allan Ssempebwa tweeted at about 1:00 pm Friday. 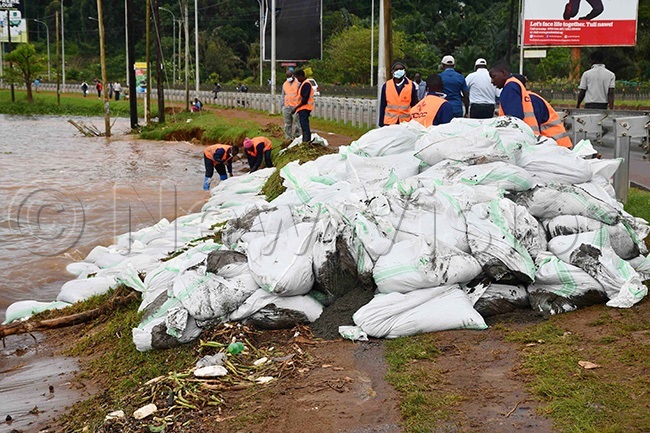 The rising of the level of Lake Victoria has caused flooding in many areas which has displaced fishermen from the landing sites.

Lake Victoria is like a basin that receives a lot of water from 23 rivers in Uganda, Kenya, Tanzania, Rwanda and Burundi. Its only outlet is River Nile, which pours its water into the Mediterranean Sea. 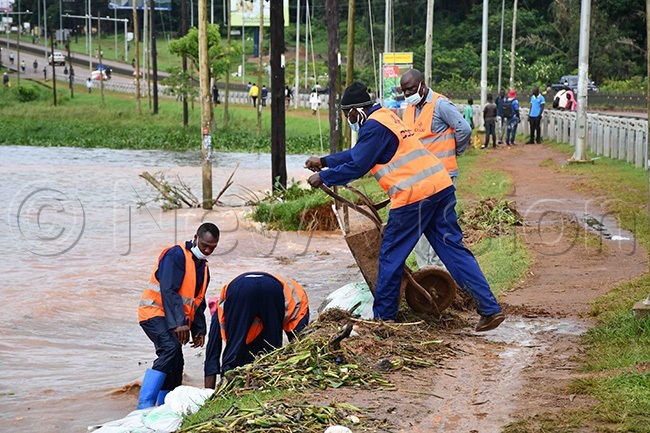 The quick rise in water level has also been accelerated by human activities which cause environmental degradation. This, according to Cheptoris, include cutting down forests and encroachment on wetlands, which have resulted in soil erosion, leading to silting of water bodies.

The rise in the water level of Lake Victoria started on October 1, last year, and has consistently gone up from 12 metres to 13.42 metres, as of on May 7. 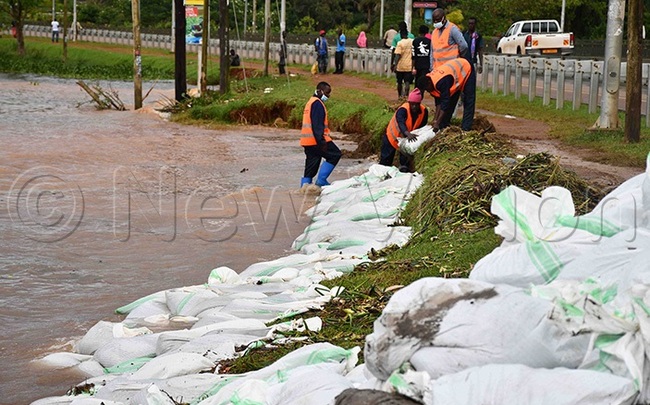 This represents a rise of 1.42 metres in only six months. At 13.42 metres is the highest mark ever for Lake Victoria given that the previous highest mark was 13.41 metres recorded in May 1964.

The water released through River Nile has increased from 1,000 cubic metres per second in October last year to 2,200 cubic metres in April this year.

It again increased to 2,400 cubic metres of water per second last week. Although this is expected to reduce the amount of water in Lake Victoria, it is leading to flooding of lakes Kyoga and Albert downstream. Nyakairu, crew died in service of their nation