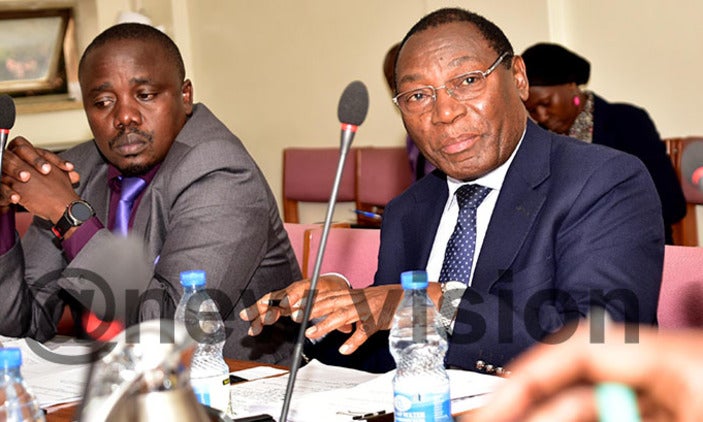 KAMPALA - Rural Electrification Agency (REA) board has declined to renew the contract for the Executive Director Godfrey Turyahikayo due to allegations of abuse of office, causing financial loss and breach of the Public Procurement and Disposal of Public Assets.

In a letter to Turyahikayo dated May 4, 2020, REA board Chairman Robert Kasande notified Turyahikayo that, "In a special Board meeting held on May 4, 2020, the Board considered the report of the Inspector General of Government (IGG) on the investigations into alleged abuse of office, causing financial loss and breach of the Public Procurement and Disposal of Public Assets (PPDA) laws and regulations. In view of the various findings, the Board Unanimously decided to caution you and further notify you that your contract of employment will not be renewed," the letter reads.

Turyahikayo declined to comment on the matter when the New Vision sought him out though sources close to him noted that he was planning to meet President Yoweri Museveni to appeal his case and renewal of his contract.

The board decision comes in the wake of a new statutory instrument gazetted by the Minister of Energy, Mary Kitutu Goretti last month overhauling the board and management structure in REA. Turyahikayo's ED's position was scrapped off and instead replaced with that of the Chief Executive Officer (CEO) competitively appointed by the board.

The new CEO shall serve a term of five years and be reappointed for one more term and will be eligible for appointment if he or she is 55 years old or below on the first appointment and shall cease to hold office once he or she attains the age of 60 years.

The new changes effectively lock out Turyahikayo from his current position which he has served since the inception of REA in 2001.

In May last year, the REA board declined to renew Turyahikayo's contract on grounds that there had been a decline in the implementation of activities of the agency for the last four years.

It took the intervention of President Yoweri Museveni in a letter to former energy Minister Irene Muloni to maintain the status quo for one year pending the conclusion of an investigation into the massive corruption he had launched. Turyahikayo term of office ends in on July 10, 2020.

The REA Board has been meeting to discuss the IGG report which faulted several managers for failing to monitor and supervise electricity projects in different parts of the country. Two senior managers have been suspended however the decision to only caution Turyahikayo source say sparked uproar especially after he was faulted for defying the PPDA and causing the Government loss of overs sh10 billion. This was after he controversially awarded an Indian Company Larson and Turbro Ltd (L&T) three contracts for the construction and installation of electricity lines at a cost $33.6m and yet a local and qualified contractor C&G Andijes Group Ltd which had quoted $22.9million was controversially disqualified.

The IGG report dated August 3, 2018, also asked REA Board, "reprimand Turyahikayo for causing financial loss of shs779million when he mismanaged the contract for Consumer Awareness and Communication Strategy between REA and Real Marketing Limited".

In the same report, the IGG directed the Board of REA to reprimand Turyahikayo for breaching the Treasury Accounting Instructions 2003 when he drew funds for travel and did not either travel or failed to account.

The Board also accused Turyahikayo of continuing to withdraw advances in total disregard of IGG's directive.

Sources in REA confirmed that Turyahikayo had by end of January 2020, had up to 6 advances for foreign and local travels amount to sh83m accumulated from September 4, 2018, and had not yet accounted for.

The New Vision has also seen the IGG Report Ref. HQT/61/01/2018 dated June 26, 2019, in which the IGG directed Turyahikayo to personally pay Sh23m for repairs of REA motor vehicle UG 0230K that was involved in an accident in August 2012 killing 3 persons.

The vehicle the New Vision has learnt was being used for political work by Paula Turyahikayo, the wife of Turyahikayo and also Member of Parliament for Rubabo County, Rukungiri District.

The Board also questioned Turyahikayo on why he had allowed a subordinate Charles Lutwama to take the Government vehicle allocated to him as a Manager and removed the number plate UG 0228K and put on it a private number plate registration number UAM 024R and later UAJ 063G on the same vehicle.