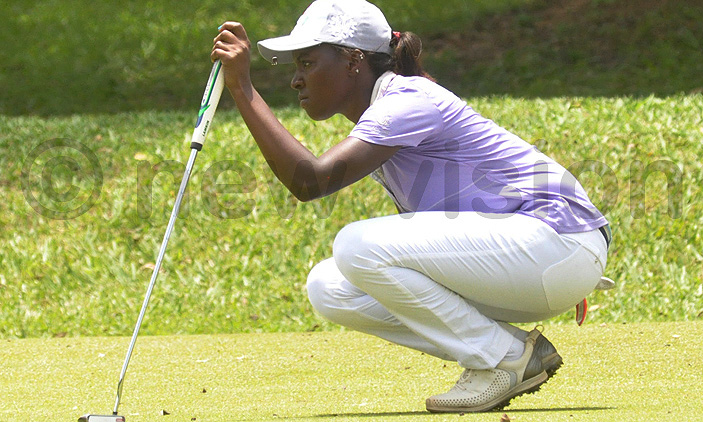 .
TOP Golf STORY
a year ago .
Uganda's top ten golfers of all time
One of them learnt the sport by reading golf magazines bought by her uncle. This was enough inspiration for an aspiring future top golfing talent on the land.

From Sadi Onito right through to Ronald Otile, Ugandan golf has had its fair share of greats. We bring to you the top ten that have swung success over the years, with winning the most prestigious tournament in the country - the Uganda Open - acting as the primary yardstick of success in the sport.

At 95 years, legendary golfer Emmanuel Basaliza is the only golfer of his generation still involved in the sport. During his youth, he played and won many tournaments around East Africa. In Uganda, his major win was the then famous Western Open in 1975, a competition that attracted golfers from  Arua, Jinja, Mbale, Kampala, Entebbe.

He defended it in 1976, beating the late Sadi Onito on both occasions (including in 1975), but Onito would later become the undisputed number one golfer in Uganda, winning the Uganda Open 12 times in the space of 20 years (from 1976 to 1996). Then, it was the only tournament played off a stroke play format, and was often times used to separate the boys from the men. Onito learnt his golfing craft in the late 1960s while caddying for a predominantly white band of golfers. 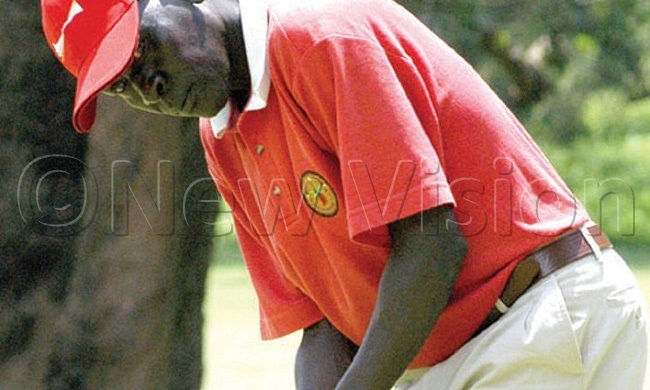 Besides winning a dozen Open titles, Onito also imparted golfing skills to his sons. At first, two of his sons - Renatto Sebbi and the late Charles Yokwe - were more associated with playing tennis, as there were apparent barriers to entering the golfing sport then.

But when these barriers were lifted, Yokwe (also a former caddy) replicated the feat of his father by winning the Open in 2003. The talented Yokwe seemed to be on his way to emulating his dad, but his live was cut short by a car accident in 2005. His death came a year after his father Onito had succumbed to a lengthy battle with cancer.

Another of the 1970s greats, Jaffer won the Uganda Open three times - in 1981, 1982 and 1992. He was Sadi Onito's major rival and the two were the stars in the 80s and early 90s. They were among a group of celebrated golfers at the time, including Alex Okodan and Ramathan Kayamba. A story is told of how Jaffer and Onito closely battled for the 1996 championship. Onito was two strokes behind going into the last hole. But Jaffer blundered for the rivals to level at 312 strokes after 72 holes, paving way for a play-off that saw Onito get the upper hand to claim the title. But that was the last of the two great golfers, as a new breed of talented youngsters led by Stephen Birungi took over.

Like legendary Sadi Onito on the men's side, Alice Kego won the Uganda Ladies Amateur Open for a record 12 times between 1981 and 1992, including an impressive six back-to-back titles. The ageless golfer kept on playing well into her 60s and only took a break recently when she lost her husband Simon Kego. Even in old age, she continued winning other tournaments at the Uganda Golf Club, where she was a member with her late husband, who in 2007 also won the famous Blue Jacket and told guests at the prize-awarding ceremony that older golfers were not yet lame ducks and could still play and win. 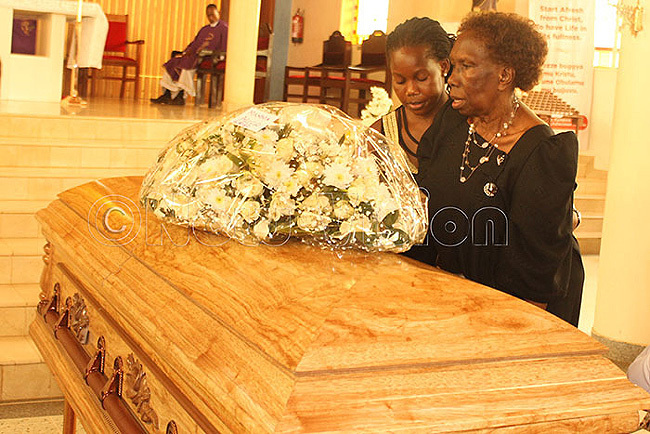 Alice Kego lays a wreath on the casket of her husband, Simon Kego, in January this year

She learnt her trade by reading golf magazines bought by her uncle Dedan Kagonyera. He was her godfather and slowly started hitting balls at home. And it was him that inspired her to later start the sport following his death in the early 1990s. Mbabazi used her late uncle's golf clubs and went on to win the Uganda Ladies Open twice, in 1994 and 1997, as well as the Tanzania Ladies Open in 1998, on top of a fifth-place finish in the Dubai Ladies Open. She would later turn pro and play tournaments on the ladies tour in South Africa.

With five Uganda Ladies Open titles in seven years (from 2010 to 2016), Namakula exhibited a rare brilliance that transcended all barriers. She turned pro in 2017. However, financial challenges prevented her from competing in the Sunshine Tour in South Africa. And the lack of professional events in the country and the region forced the legendary Namakula to take a break to focus on commitments on her job in the army (UPDF). 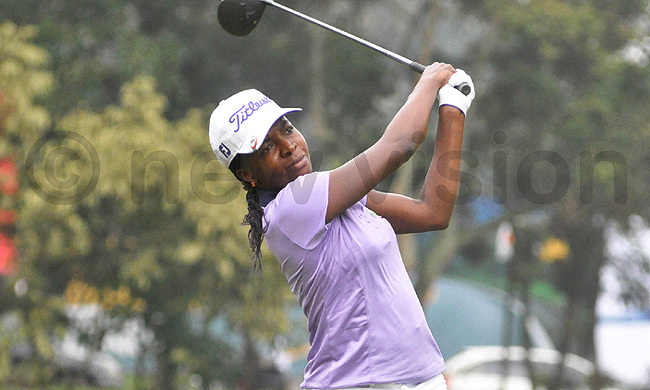 She started her winning spree in 2010 and followed it with another victory the following year, before she was twice toppled by Tanzania's Angel Eaton in 2012 and 2013. She would return with a vengeance to complete a hattrick of victories (2014, 2015 and 2016), before venturing in the paid ranks.

He is one of the few golfers to have completed a hattrick of Uganda Open wins. He did it in 2000, 2001 and 2002. He later won the professionals Uganda Open for the second time in 2014 to add to his 2006 victory, cementing his position as one of the best talent Uganda has ever produced. Akope, who slipped from his career-high world ranking of 1527 in 2013 to 2004 in 2018, was the first professional to attract corporate sponsorship, with a $24,000 (sh58m) annual deal from MTN to compete in the Middle East and North Africa (MENA) Sunshine Tour events. 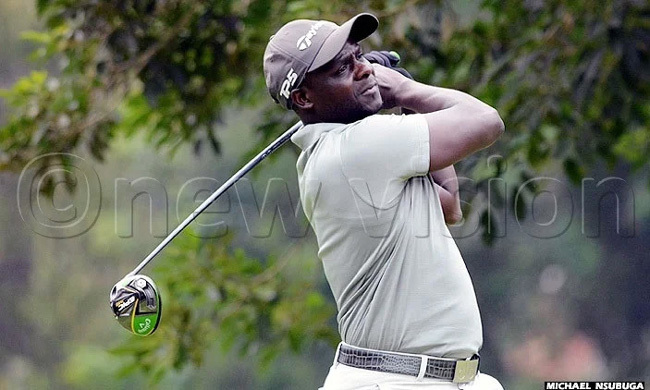 He also coached the national team for over three years and boasts countless victories in Uganda and in the region, including making the cut on the highly competitive Sunshine Tour in 2012.

Son to legendary golfer Sadi Onito, Yokwe is one of several golfers that managed to win the Uganda Open at least twice.

He stopped Akope's dominance in 2003 but could not replicate his heroics the following year and only returned to the podium in 2005, before he died in a motor accident as he returned home from Kampala. His twin brothers Opio Onito and Grace Onito Ochieng as well as Renato Sebbi, Elvis Onito, and Cliff Onito all tried their hand at the game, but it is only the twin brothers that have carried on with the sport up to the professional level. 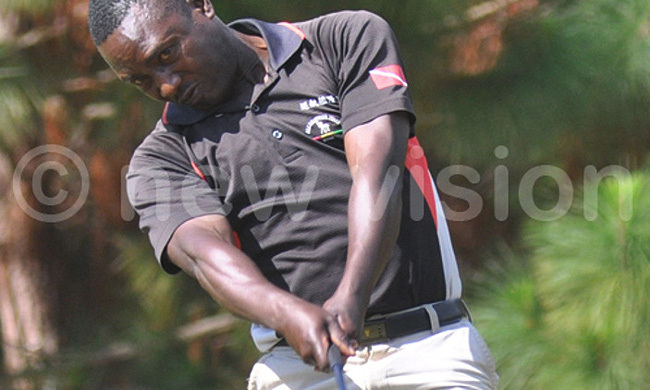 With two Uganda Open titles to his name, Peter Ssendawula ranks among the golf greats of the past decade. Although his first win came in 2009, Ssendawula's 2013 Uganda Open victory at Entebbe Club consolidated his place in Ugandan history books. It showed just how good he really was. Ssendawula also snatched the Mehta Golf Open twice and impressed for the national team that won the East African Challenge in 2014, among other club event victories.

He captained Uganda on their way to the 2014 East Africa Challenge title. Uganda's team included other talents like Ronald Otile and Ssendawula, and Kasozi provided the leadership that helped push the collective effort over the line. 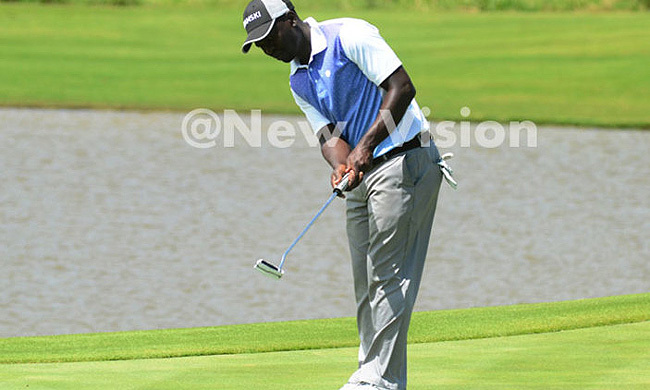 In 2012, Kasozi, who had won many tournaments, topped it off with the Uganda Open at Kitante. He would add several local accolades before turning pro. Kasozi closed the last decade in the lead among Uganda golfers vying to compete in the Kenya Open via the Safari Tour. Only the Novel coronavirus pandemic stood in his way of competing in his fourth Magical Kenya Open.

He thrilled the local golfing fraternity as he marched to his third Uganda Open title at the Entebbe course in 2018. As he celebrated his 23rd birthday, Otile beat Kenya's John Karichu by a stroke in another thrilling, dramatic and nervy finish to the tournament to win his third Uganda Open title, and joining Stephen Birungi and Deo Akope who had won it three times before since 1997. 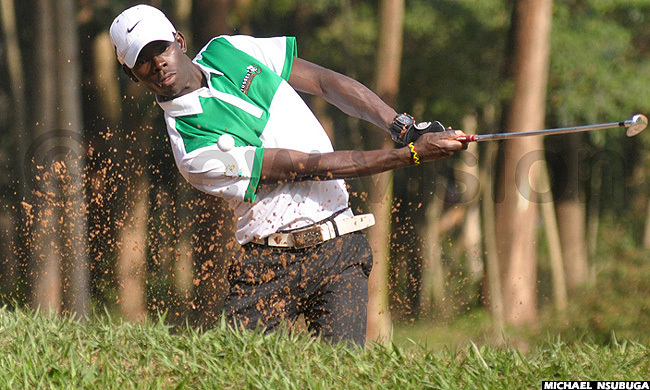 But it was his 2015 performance that cast him into the limelight after he won both the amateurs and professionals' competitions, with the feat consequently winning him a golf scholarship in South Africa and eventually to the US, where he is currently studying with six other Ugandans at the Livingstone College. The then-20-year-old also came two strokes short of winning the individual accolade at the Africa Amateur Golf Championship at Limuru Golf and Country Club in the Kenyan capital Nairobi.

Emmanuel Basaliza: The grandfather of golf

How did golfer Otile make it to the high table?