Byekwaso plans to marry his German girlfriend
Next Story

Peace Proscovia is the poster girl of Ugandan netball. But as she rose to the top, the Australia-based player juggled netball with basketball duties.

She Cranes star Peace Proscovia previously played both basketball and netball. She has since turned her focus on the latter.

Peace Proscovia is the poster girl of Ugandan netball. But as she rose to the top, the Australia-based player juggled netball with basketball duties.

As Peace Proscovia spearheaded a historic two-pronged assault on behalf of the netball She Cranes and basketball's Uganda Gazelles in 2014, it was not clear how her talent show would end.

Which sport would eventually have the upper hand? Was it netball or basketball that offered the brighter future for the girl from Arua?

Those questions now look a bit embarrassing given how much netball has done for Proscovia, currently plying her trade at the very top with Sunshine Coast in Australia's elite netball league, on top of pursuing her PhD in marketing.

Yet, six years ago, before Proscovia inspired the She Cranes to the 2015 Netball World Cup and later the Gazelles to the 2015 Afrobasket championship, they [the questions] were very valid.

Proscovia herself did not know.

She said years later of the World Cup qualifier in Botswana where she was scouted by England netball Loughborough Lightning: "I was just playing for the sake of making my country shine and get to the World Cup". 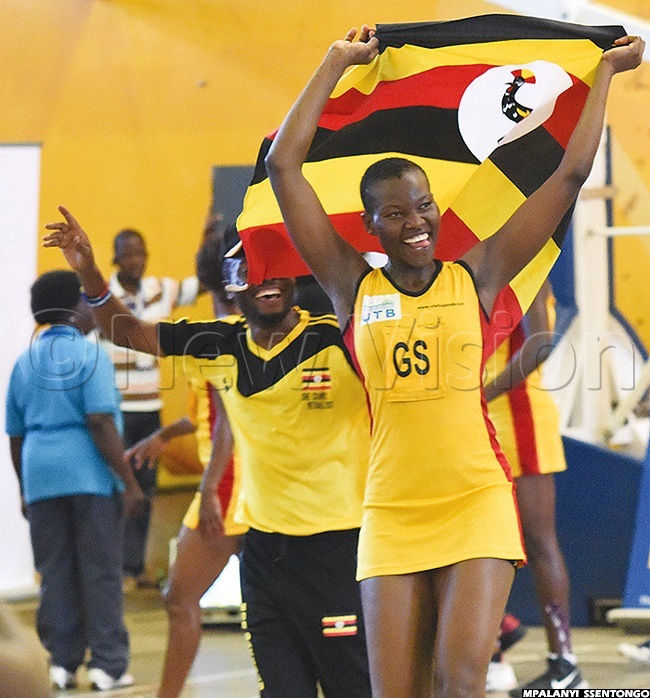 By the time she returned from the Netball World Cup to team up with the Gazelles in Cameroon at the Afrobasket tournament, it was beyond doubt which sport had won the sweepstakes.  Proscovia had finished the netball tournament as fifth topscorer and the sport was enthralled by the prospect of watching this new talent for years to come.

The Gazelles would have her in Cameroon but not beyond that. Then she went on to average a double double, finishing as the top rebounder at the tournament, as if to underline just what the Gazelles were losing.

It was the last of Proscovia as a basketball player. Yet it was not the end of the netball-basketball 'rolex', which remains a common delicacy in Ugandan sport.

Ruth Meeme, Rachel Nanyonga, Stella Oyella, Betty Namukasa, Muhayi Namuwaya and Martha Soigi are other She Cranes stars who have laced up basketball sneakers too. 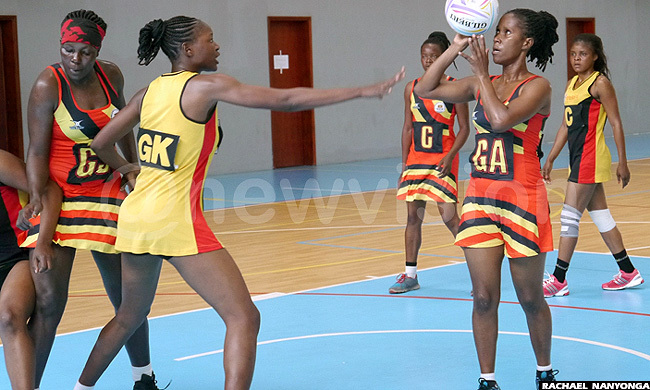 Namuwaya and Soigi, who played with Proscovia in the National Basketball League for the KCCA Leopards, have also represented the Gazelles and, along with Oyella, continue to play both sports in the respective top national divisions.

Of course the main reason is the similarity between netball and basketball. There are, however, key differences - from rules and regulations to the balance of factors necessary for success in the two disciplines.

A study by topendsports shows that while basketball demands more strength and quickness from its players, netball needs more aerobic endurance.

Netball requires more agility and quicker reaction while basketball necessitates greater balance and coordination because it relies on a much bigger body. Th same study says you need greater tactical awareness for basketball, but concludes that both sports are level in the need for skill.

As far as the regulations, the main difference between the two sports is that a basketball player can move around the court while in netball, a player needs to stay within an area, depending on the position.

Also, basketball is a contact sport while netball isn't.

In netball, an opposing player should be about 0.9 meters from the player who has the ball, which is not the case in basketball. A basketball player may dribble the ball to move around or a violation may be called  while in netball a player must not dribble but pass the ball to next player.

There are other similarities and differences between the two sports, but as Proscovia and others abovementioned have shown, the two can beautifully coexist in a single vessel of talent.