TOP National STORY
a year ago .
IUEA tops university popularity contest
The Kansanga based IUEA was recently rated as Uganda’s most popular university on Facebook in a poll carried out by prominent university ranking body-uniRank.

Founded in 2010, the Kansanga based institution was recently rated as Uganda's most popular university on Facebook in a poll carried out by prominent university ranking body-uniRank. 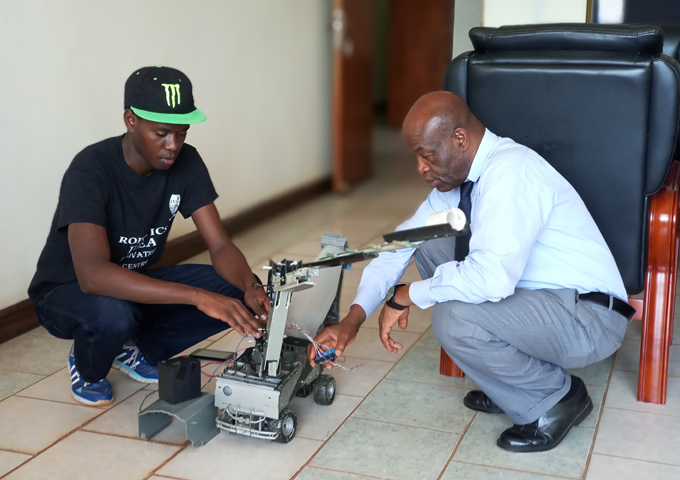 A student demonstrates to the Vice Chancellor Dr. Emeka Akaezuwa how his robotic innovation works

IUEA got 599,543 likes beating older and bigger institutions like Makerere, who came second, Uganda Christian University and Mbarara University of Science and Technology.

The ranking has the university in celebration. Vice Chancellor Dr. Emeka Akaezuwa noted that these are fruits of hard work.

"As VC, I feel honoured that the millennials have taken a liking to IUEA's approach to education. This recognition is a validation of IUEA's genuine commitment to providing education that is student-centered, sound, practical and relevant to the times." 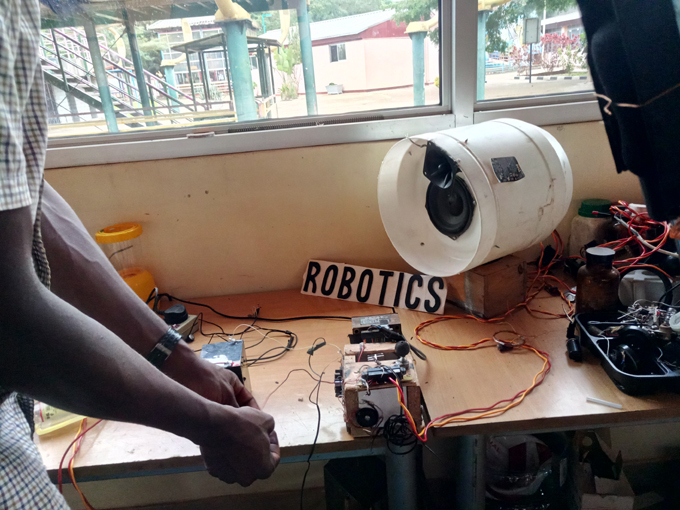 IUEA is gaining a reputation for innovations

He is full of praise for the staff. "The ranking recognizes the dedication of the multi-national and multi-cultural mix of the university's administrative and teaching staff.

Over the years, our staff has systematically switched from a traditional teaching approach (lecturer-centered and completely theoretical mode) to one that is student centered and practical.

And as the saying goes, "the taste of the pudding is in the eating", so this recognition is taken seriously at IUEA because those for whom we work, the students and prospective students have given an independent verdict," noted Akaezuwa.

"We host a variety of renowned scholars to teach, share research and engage with our students to give them a chance to have a glimpse of what happens in the real world…

Our course structure is complemented with a specially tailored class to help enhance communication skills of our students," explained another university official. 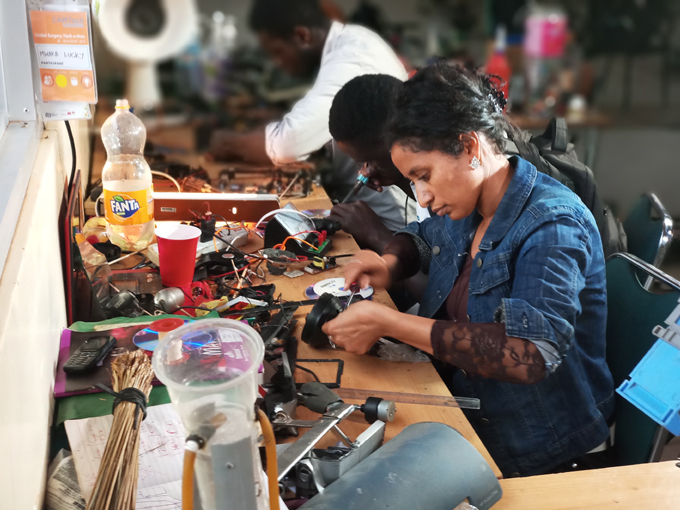 IUEA students in an innovation lab

"Join the university of choice in driving innovation and entrepreneurship. We emphasise practical skills keeping our students a step ahead of the competition and giving them maximum employment opportunities," reads a message on the IUEA website.

IUEA is being steered to new heights by s team of administrators of proven repute.

Deputy Chief Justice Justice Alphonse Owiny Dollo is the Board of Directors Chairperson while Ambassador Moses Kiwe Sebunya  is the University Council Chairperson.

uniRank is a prominent higher education directory and search engine featuring reviews and rankings of over 13,600 officially recognised universities and colleges in 200 countries.

uniRank only considers institutions licensed or accredited by national or regional bodies such as ministries of higher education or government recognised accrediting organisations.

These universities must be offering four-year under graduate Bachelors degrees and or post graduate (Masters or Doctoral) degrees.

They must also be providing higher education courses mainly in a traditional face-to-face format delivered through on-site facilities.

uniRank applies its exclusive ranking system that is listed on IREG observatory on Academic and Executive.

The current uniRank format is based on an algorithm that includes unbiased and independent web metrics from reputable web intelligence sources: .

This year IUEA was for third straight year also voted the Best University in Uganda by the Consumer Choice award.

IUEA is also this year's Uganda Debating Team Champion and the university also won the Uganda Poetry Competition as well.

Africa's boxing heavy weight champion, Shafiq Kiwanuka is an IUEA student. "It is our rounded education that makes a university known for its technological innovation also be first in debate, poetry and sports, "stresses Akaezuwa.

"The traditional view is that technology and arts do not mix, but IUEA proves otherwise with its rounded education approach.

We inculcate in our students the best education possible by making them see education as a way to contribute to society by being a rounded scholar, professional and human being."