Uganda has over the years taken baby steps towards boosting local production in efforts towards imports substitution. They include the introduction of the Buy-Uganda-Build-Uganda (BUBU) initiative to boost local production and consumption of domestically-manufactured products.

Workers at the Soroti Fruit Factory. The hopes of orange farmers were dashed when they failed to sell their oranges to the factory

Uganda has over the years taken baby steps towards boosting local production in efforts towards imports substitution. They include the introduction of the Buy-Uganda-Build-Uganda (BUBU) initiative to boost local production and consumption of domestically-manufactured products.

COVID-19 | INDUSTRY
With the outbreak of COVID-19 around the world, goods supply chains have been disrupted. This has led to calls by some Ugandans for the Government to expedite the import substitution industrialisation — development strategy focusing on promoting domestic production of previously imported goods to foster self-reliance.
Uganda has over the years taken baby steps towards boosting local production in efforts towards imports substitution. They include the introduction of the Buy-Uganda-Build-Uganda (BUBU) initiative to boost local production and consumption of domestically-manufactured products.
But then the Covid-19 pandemic broke out, distorting global supply chains. The outbreak alarmed experts who are now calling for urgent measures to accelerate the country's import substitution efforts and bridge the gap created by the inability to import certain products.
Key among the products Uganda imports are pharmaceutical products, clothes, footwear, oil and gas. Others include building materials, kitchen and sanitary ware, taps, glasses and raw materials used in the production of other products, such as iron sheets, cement and paint.
Import substitution is about replacing products that are being imported from other countries, with domestic production. It is based on the premise that a country should endeavour to reduce its foreign dependency through the domestic production of industrialised products.
With the country now besieged by COVID-19, President Yoweri Museveni has increased his calls for import substitution, saying Ugandans should turn this unfortunate situation into an opportunity to produce goods that the country has been importing.
Currently, Uganda suffers a trade deficit with imports standing at $8.28b (about sh30.4 trillion) in the 2018/19 financial year compared to $3.96b (about sh14.5 trillion) worth of exports, according to Bank of Uganda statistics.
The country's trade deficit surged from $3.3b (about sh12.14 trillion) in 2017/18 to $4.3b  (sh15.8 trillion) in 2018/19, according to the central bank. So, local production and consumption can reduce importation and lower the import bill to exact a favourable trade balance.
What it takes
The executive director of the Federation of Small and Medium-sized Enterprises (FSME), John Walugembe, says Uganda needs to encourage industrialisation and local manufacturing by prioritising skilling, capacity building and the right technology to ensure production of high-quality products that were originally imported.
Walugembe says the Uganda Development Corporation (UDC) should play its part as a facilitator, but not implementer, as it is doing now.
"UDC is setting up factories and running them; this is retrogressive. It should act as a facilitator to bring technology and train the private sector on how to use the technology," he said.
UDC launched the Soroti Fruit Factory in April last year, to tap into the abundant commercial production of oranges and mangoes in the Teso sub-region. However, it was reported early this year that farmers' hopes to reap from the sh48b factory had faded after they were unable to sell their fruits to the factory,  while others complained of meagre pay for the fruits.
Asked whether Uganda's manufacturing industry has the capacity to produce the needed quantities, Walugembe said they would build the capacity if there is demand.
"Necessity is the mother of invention; most people think Uganda cannot do without China, but they should know that it survived for nine years when an embargo was imposed on the country in the 1970s. That is when we saw many people start small businesses and small-scale industries," he said.
"We need to take deliberate measures. All these countries, including China, took a robust approach to empower their locals. If you want SMEs to start manufacturing, then you must have the policy environment right to ensure that their market is protected," Walugembe added. 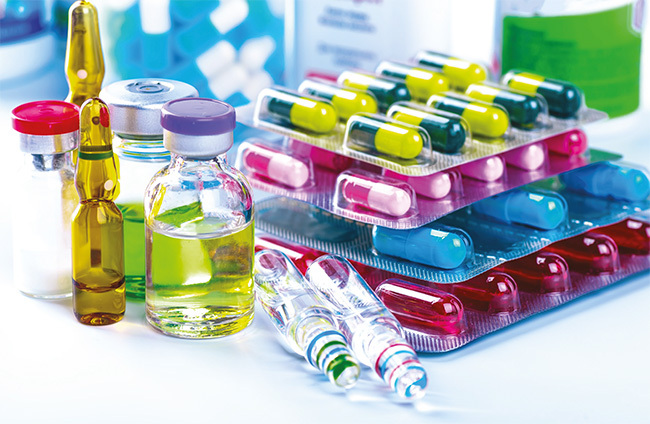 Uganda will still need to import some products such as vaccines and medicines
Excess capacity
The Uganda Manufacturers Association (UMA) executive director, Daniel Birungi, said Uganda's local manufacturing  sector has excess capacity in almost all sectors, with most factories producing below capacity.
He said the problem is brought about by the unfair competition from cheap imports, whose production is subsidised by the governments where they are produced.
For example, he said, local rice producers are currently producing at 50% capacity because the local market is filled with imported products.
"There has recently been a slowdown in importation because of the Covid-19 lockdown, but we still have substitute products of what used to be imported on the market," Birungi said.
"The only things we do not produce are sophisticated equipment, such as earthmovers, where we have not yet built local capacity. However, for food items, we are self-sufficient," he added.
Birungi says there is need for supportive policies for local manufacturers so that import substitution thrives.
"What is lacking are the policies. What we have in place at the moment do not support these kinds of industries; we import a lot of used clothes, which creates unfair competition with the locally-produced ones," he said.
"If we had in place measures barring the importation of used clothing, there would be organic growth in the capacity of local tailors to produce clothing. If we support local industries to produce massively, the cost of production would drop because production is an issue of volume. The higher the volume, the lower the unit cost. If you produce few, the cost will, of course, be higher," he said.
Recently, the Uganda National Bureau of Standards (UNBS) halted its suspension of used clothes and footwear importation that it had instituted for fear of spreading the COVID-19.
The suspension had stirred the anger of those importing used clothes. They took to social media protesting that their imported stuff was awaiting clearance by the time the lockdown was instituted.
However, observers say the withdrawal of the suspension was a lost opportunity for Uganda to grow its local textile industry and create opportunities for the over 250,000 individuals along the cotton value chain.
Statistics indicate that Uganda produces an average of about 37,000 tonnes of lint, but 90% of it is exported.
‘VAt refunds needed'
Tailors under their umbrella body the Uganda Tailors Association, believe customers attitude towards local products needs to change if import substitution is to be successful.
Speaking during the Private Sector Foundation (PSFU) e-conference this week, UMA chairperson Barbara Mulwana also rooted for urgent import substitution to safeguard the economy.
"We have all the needed raw materials in Africa, whether it is for manufacturing steel and electric car batteries, such as lithium. We only need to process them internally and then use them in our manufacturing industry," she said.
"We might not be able to make a Mercedes Benz, but we can produce something that is fit for our own local market. Our biggest challenge at times is wanting to make exactly what everyone outside is making," Mulwana added.
The PSFU chairperson, Elly Karuhanga, said they are working on a World Bank and trade ministry programme that seeks to boost the competitiveness of Uganda's private sector.
Karuhanga appealed to the Government to pay Value- Added Tax (VAT) refunds and arrears to enable companies to continue with production. He said it currently takes about two to three years for the Uganda Revenue Authority (URA) to pay the VAT refunds to qualifying entities.
It is estimated that domestic arrears and outstanding VAT refunds to companies and individuals amounts to about sh1 trillion.
Late last year, UMA chief Birungi also appealed to URA to improve efficiency in VAT administration to enable them to access the money to improve their cash flows.
He said access to tax refunds is a long-convoluted process that URA needs to streamline to free up the money to be re-invested in the business.
"Oftentimes, people fail to access their VAT refunds and this is tying up credit. If I have money tied up in URA, I am unable to use it to re-invest into my business," Birungi said.
VAT return is a tax a business files to show how much VAT it is due to pay. It contains a business' total sales and purchases for the period, the amount of VAT it owes and the amount it can reclaim. The business is entitled to claim this money to increase the business' cash flow or can be used to offset tax liability.
Imports will still be needed 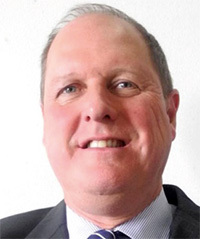 While Uganda seems to have the capacity in most sectors, the Cipla Quality Chemical chief executive officer, Nevin Bradford, however, says some imports are still needed.

He said while Uganda's pharmaceutical sector can manufacture a significant proportion of the country's medicine requirements, it lacks capacity in some medicines, such as vaccines and specialised cancer medicines.
"No single country can manufacture all the broad range of medicines needed on its own. For now, you can substitute all medicines that can be locally manufactured, but continue importing those that cannot be manufactured," Bradford said.
Figures from the finance ministry indicate that Uganda imported pharmaceutical products worth sh1.1 trillion last year.