She stayed behind as other interns fled CO...
Next Story

The accused through their lawyers Medard Lubega Sseggona and Erias Lukwago entreated court to grant them bail saying they were innocent and had substantial sureties.

The accused through their lawyers Medard Lubega Sseggona and Erias Lukwago entreated court to grant them bail saying they were innocent and had substantial sureties.

Appearing before Buganda Road Chief Magistrates' Court in Kampala on Thursday, the duo denied the offence.

They were charged along with their co-accused Aloysius Matovu, 41, a marketer residing at Kyeyagalire-Lubowa, Wakiso, and Abdul Kikomeko, 24, a promotions manager residing at Mutundwe, Rubaga division in Kampala district. 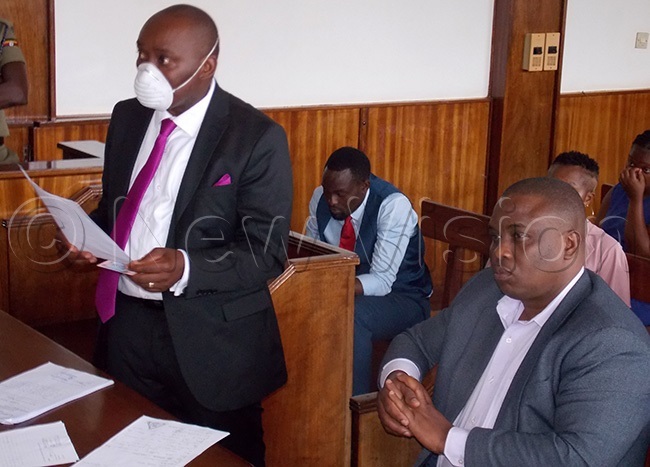 Grade One Magistrate Dorothy Bagyenyi read them the charge, which they all denied.

The offence contravenes sections 117 of the Penal Code Act and attracts a maximum sentence of two years imprisonment on conviction.

On denying the charges, the state prosecutor, Edwin Amanya told the court that investigations regarding the matter are complete.

"Your worship, investigations regarding the matter before you are complete, we, therefore, pray that court slates a hearing date," Amanya submitted.

However, the accused through their lawyers Medard Lubega Sseggona and Erias Lukwago entreated court to grant them bail saying they were innocent and had substantial sureties.

"The accused request to be granted bail, it's their constitutional right, have substantial sureties and will adhere to the court's reasonable terms," Sseggona said.

Among the sureties the accused presented was artiste Mathias Walukagga, KCCA councilor Muhammad Ssegirinya, Ibrahim Kintu, Thomas Bagonza, and Issa Kisembo, among others.

The prosecution did not object to the sureties but invited the court to not grant the accused bail for the offence they committed violated the presidential directive aimed at finding the COVID-19 pandemic. 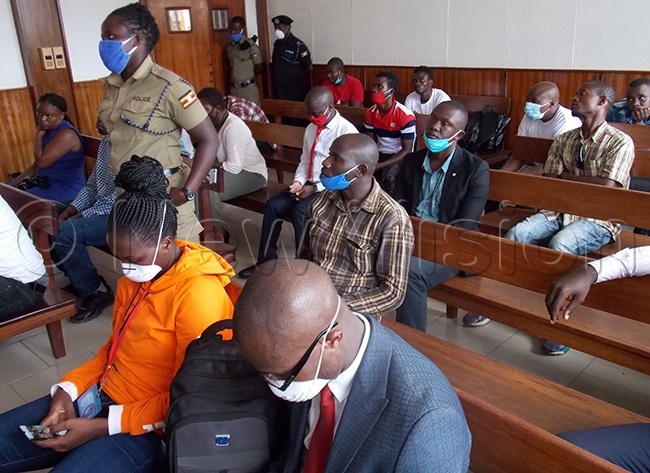 "The accused committed a serious offence when they recklessly staged a demonstration with loudspeakers, this act risked public health and exposed them to the novel Covid-19 pandemic," Amanya said.

In reply, Sseggona stated that his clients are innocent and that their innocence is a matter of law, adding that the offence is bailable.

This prompted the trial Magistrate to grant them a cash bail of sh200, 000 each and adjourned the case to May 18, 2020 for hearing.

"Since the state does not object to the sureties presented, this court releases all the accused on sh200, 000 cash, and each of the sureties should execute sh500, 000, not cash," Bagyenyi ruled. 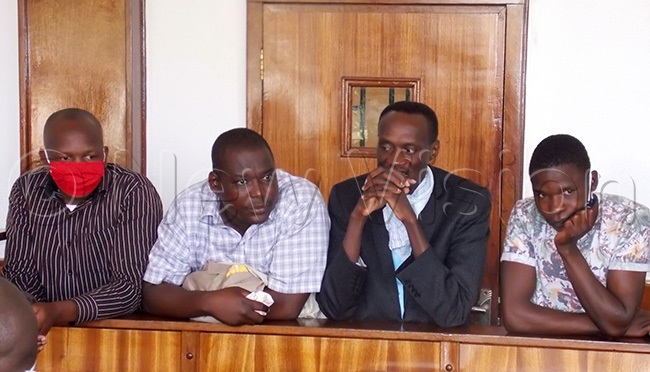 The four were on Wednesday arrested for staging a protest against the purported poor relief food distribution in Kampala.

Bajjo was picked up outside the Prime Minister's Office where he was protesting against the ongoing food distribution exercise while Abtex was arrested at Theater Labonita, in the process of staging a parallel demonstration. 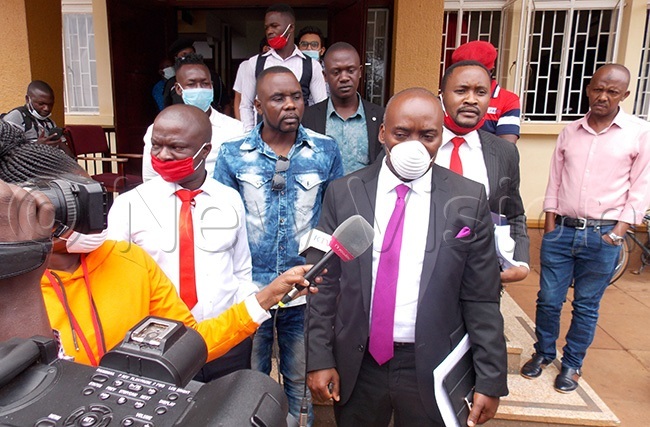 Prosecution purports that on May 6, 2020, at Nile Avenue in the Kampala district, the accused disobeyed presidential lockdown orders intended to prevent the spread of COVID-19 pandemic.

UACE results to be released today