Margaret Namubiru Rwabushaija Workers MP interracting with Journalists after the press briefing at UJA headoffice in Kawempe on the world press freedom day on May 3.

KAMPALA - As Uganda joined the rest of the world to celebrate the annual World Press Freedom Day, majority of its citizens (82%) said the media makes a positive contribution to the development of the country and their lives.

According to a recent study done by Twaweza to mark the World Press Freedom Day, 8 out of every 10 citizens acknowledged that the media makes a positive contribution to Ugandan life, warranting a call for support to its important role.

This year's World Press Freedom Day was marked on Sunday under the theme "Journalism without fear or favor".

"Many Ugandans see this positive contribution of the media to social, economic and political life. Small majorities agree that journalists are professional (58%), media delivers accurate and reliable content (56%) and that journalists tell the truth to powerful people (51%)," says the study released over the weekend.

The findings are based on data from Sauti za Wananchi, a representative high-frequency mobile phone survey that collected data from 1,796 respondents across the country between September and October 2019. 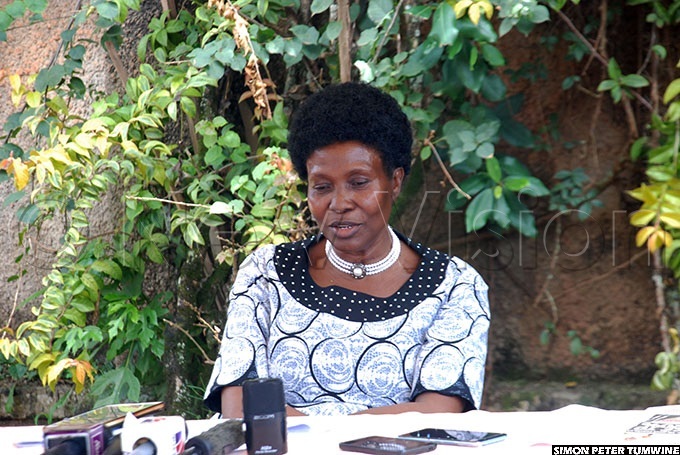 Marie Nanyanzi of Sauti za Wananchi at Twaweza, said: "Overall Ugandans see the media making a positive contribution to their lives. But they are divided on how much the government should be able to restrict the media.

Nonetheless, significant portions of the population believe that media should have the freedom to report openly and honestly especially when it comes to providing feedback to government. They claim this right for themselves as well."

When it comes to media freedom, citizens are evenly split on whether media should operate with or without government control, although in all areas a small majority support operation without restriction.

Similarly, fifty-seven per cent think anybody should be able to become a journalist while 43% think that government should decide who can be a journalist.

The Country Lead for Uganda at Twaweza, Violet Alinda notes that, "we must remember the importance of access to information and freedom of expression. These are the two critical pillars on which a vibrant media is built. Look at the Covid-19 pandemic. We can only fight it well if we are all well-equipped to play our part. Accurate information is a critical tool. Moreover, government will need open and honest feedback to understand if the response strategy is working, whether all components are working in harmony and to highlight areas that need attention. And even as we advocate for their freedom to operate, we should take a moment to remember that our brothers and sisters in the media are continuing to risk their lives to do their jobs. We salute them."

Despite positive acknowledgement from the citizenry, the annual press freedom index done by Reporters Without Borders ranks Uganda at 125 scoring 40.95 of the 180 countries assessed in the world for upholding media freedom.

The report said security services are the leading press freedom violators, often targeting media practitioners for arbitrary detention, as was the case with several journalists investigating trafficking in fake medicines in 2019.

"Charges of treason under the criminal code, which carry a heavy sentence, are often used to gag the media. It is not uncommon for the authorities to intervene directly to block the broadcasting of TV reports. In 2019, the police raided three commercial radio stations to cut short interviews with the opposition leader. The media regulator also ordered media outlets to "suspend" a total of 39 reporters and producers for reporting a well-known opposition politician's arrest," said the report.

Norway ranked the highest in the world for upholding freedom of expression followed by Finland, Denmark and Sweden.

In East Africa, Kenya is followed by Tanzania and Uganda. They are trailed by South Sudan, Rwanda and Burundi.

Appearing on a local radio talk show, the Government Spokesperson, Ofwono Opondo said the press freedom situation in Uganda today is much better than in many countries around the world and that the media in Uganda face more serious economic challenges than political ones.

In the face of the coronavirus ramifications on economies across the world, media houses in East Africa have considered pay cuts for their employees notwithstanding meager remuneration for foot soldiers.

Journalist and MP for Kira Municipality, Ssemujju Nganda said that, although there has been a lot of training journalists to improve their quality of work, their safety especially upcountry is not guaranteed.

In its recommendation for the celebrations, UNESCO has called for support to independent media for practitioners to report without fear or favor and for the newsrooms to make decisions that favor public interest and preserve accountability.

The Twaweza study showed that radio dominates as the major and most trusted source of information for citizens followed by television, word of mouth and meetings.

Newspapers are trusted by a mere 1% of the respondents below the internet and social media at 2%. This trend has been the same since November 2017 and between September and October 2019 when the study was done.

New Vision shares 25% of the trust perspective followed by its sister Luganda paper Bukedde and Daily Monitor with a 19% and 14% share respectively.

Retiring bishop of Masaka looks back at his hilarious journey

I never aspired to be bishop - Bishop Eciru