Vision Journalist released after night in ...
Next Story

According to Dr. Isaac Omara, the medical superintendent of Atutur hospital, Maj. Akorimo, 85, succumbed to pneumonia at around 7.30am on Wednesday.

According to Dr. Isaac Omara, the medical superintendent of Atutur hospital, Maj. Akorimo, 85, succumbed to pneumonia at around 7.30am on Wednesday.

Maj. Kanuti Akorimo who hoist the Uganda National Flag on Independence Day in 1962 has passed away at Atutur Hospital in Kumi district.

According to Dr. Isaac Omara, the medical superintendent of Atutur hospital, Maj. Akorimo, 85, succumbed to pneumonia at around 7.30 am on Wednesday.

Dr. Omara said, Maj. Akorimo has been in and out of the hospital for the past one year.

He also noted that the late was put on oxygen on Tuesday this week after his condition worsened at the hospital.

Abdul Aziz Ongodia, the LC III Chairperson Kumi district said, Maj. Akorimo was taken to the hospital on Thursday last week after he failed to eat for three days.

Ongodia said the deceased developed wounds in the throat and mouth that made it hard for him to swallow any food.

Maj. Akorimo was the only professionally trained man (not just a soldier) with all the skills and credentials to hoist the Uganda National Flag (UNF) on October 9, 1962 when Uganda got her Independence from the British.

How and why Maj. Akorimo was chosen to hoist the Ugandan flag

While many drummed, sang and ululated as Uganda's flag was hoisted for the first time on October 9, 1962, one young man stood still, probably shaking in his boots with a mixture of fear and pride. Proud, that he was the one performing this historic role and fear, because it was a huge task for him. "I just couldn't believe it," he recounts. 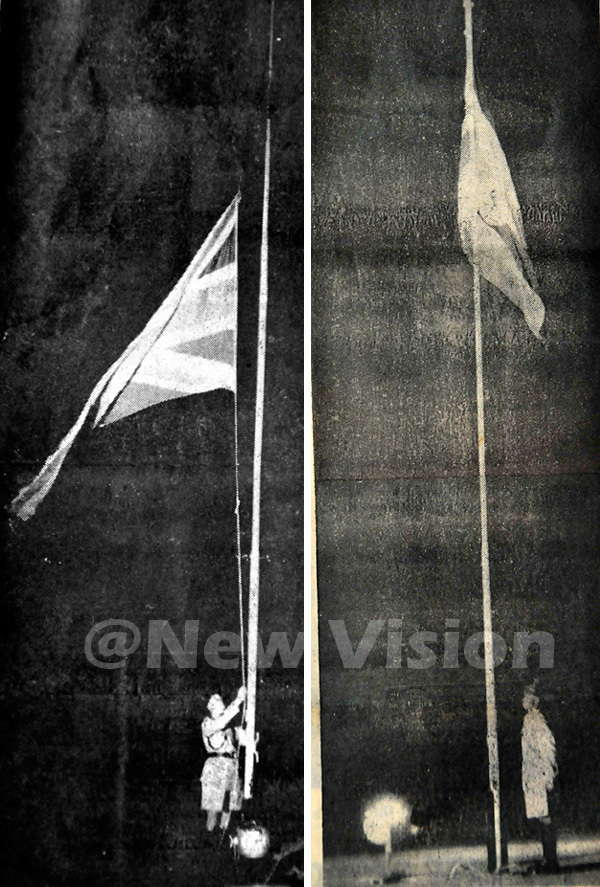 Maj. Akorimo Kanuti's role was not a simple task - and he knew it.

Just hours before, "the city was tensed, as some people thought the British would resist our independence while the late President Apollo Milton Obote, then Prime Minister, feared that army officer Idi Amin would disrupt the function.

Now living a quiet life in Omatenga village in Kumi district, the 87-year-old carries the accolade of a national hero, but lives a pauper's life in a dilapidated house.

Nonetheless, he still vividly remembers that day in 1962 with much pride and joy. 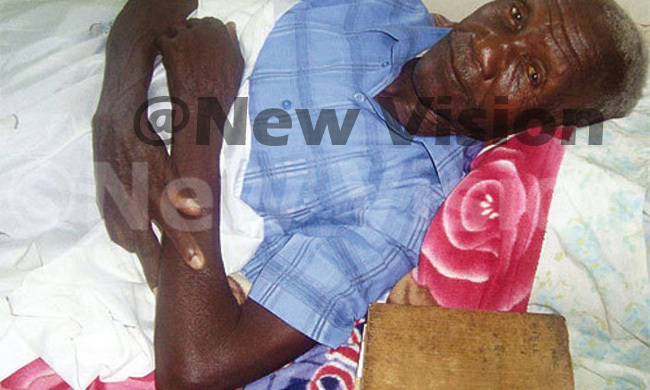 The man who hoisted Uganda's flag lives a pauper's life

Did he know he would hoist the flag?

To this, Kanuti smiles broadly and says, "no".

Obote only told him at the last moment that he would perform this task.

"'Maj. Kanuti, you will bring down the colonial flag and hoist the Uganda flag,' Obote told me. I felt a huge responsibility at that moment, I was tensed," he recalls.

But events preceding the first independence celebrations had to be planned well, as there had been mounting suspicion for a possible revolution against Obote. A section of politicians aspiring for various roles and some senior army officers were opposed to the choice of Obote by the British as the Premier to be handed the instruments of power.

Being one of the most educated officers in the national army at the time, Obote consulted Kanuti on a number of issues, including giving him the responsibility to make the final decision as to who becomes the army commander - a decision that allegedly pitted him against Amin.

"I recommended Brig. Shaban Opolot (RIP) to be the army commander because he was better-educated and announced the appointments, but Amin had first to be sent on duty out of the country," Kanuti recalls.

"I assured Obote that as long as he remained neutral and took no tribal sides, all would get on well with him. A national leader has no tribe. This is what I wished for my country."

According to him, tribalism has been the undoing factor for most of the past leaders since independence and partly the cause of the major power feuds the country has witnessed.

Kanuti says much of the army hierarchy formed shortly after independence comprised mostly soldiers who had served in colonial missions out of the country and had their own ambitions.

"We wanted peace and prosperity but it has taken us long to achieve this. My prayer is that the curse between politicians and the soldiers does not get on for long." 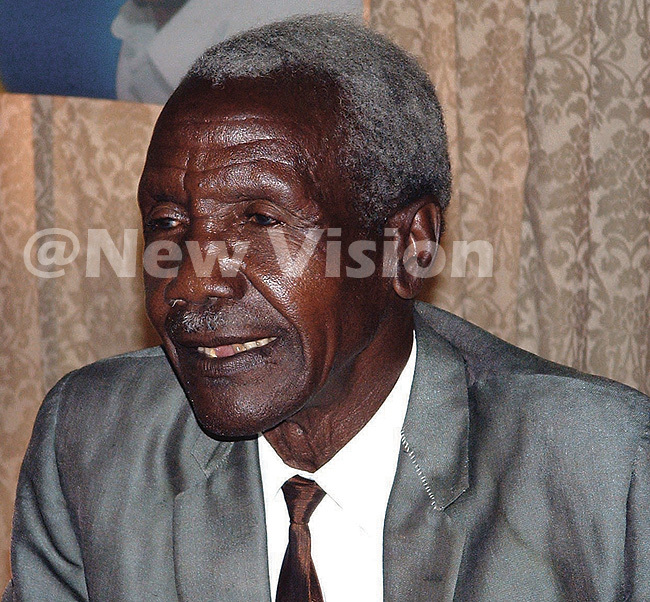 Kanuti says that shortly after independence, Obote and Amin had developed intolerance for each other and could not get on well over tribal issues.

"I had warned Obote to desist from tribalism. A national leader has no tribe. I told Obote to be neutral if he was to win the confidence of many [in the army]."

Building a national army was one of the biggest tasks the leadership then was faced with, given the narrow scope of the country's local recruitment.

"Shortly before Uganda got its independence, I was given the task to spearhead a programme to form the national army. I moved to as far as Kabale, but one thing I noticed with [people in] the west is that they were not willing to join forces," says Kanuti. 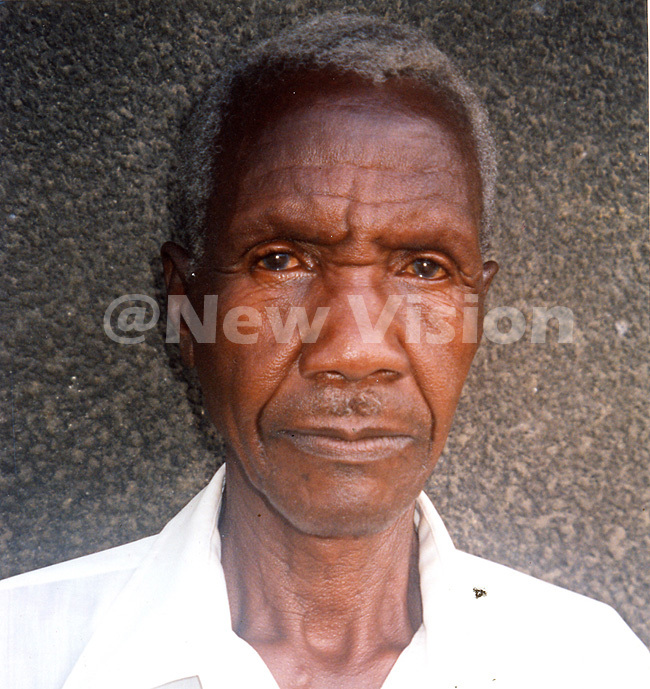 Kanuti went for a commercial course in Nairobi

Maj. Kanuti went for a commercial course in Nairobi from where a tribemate of his, only identified as Okiria, persuaded him to join the colonial forces then in Kenya.

"He [Okiria] told me, 'You are a very good boy. If you carry on with your course in secretarial studies and join the army after, your career would be brighter'."

He went to Britain for a short service commission from where he returned as a senior officer in the army.

Kanuti, who served as the chairperson of Kumi Association of Ex-servicemen, has since outlived the Ugandan life expectancy, but the little-known ex-soldier is yet to receive his terminal benefits. 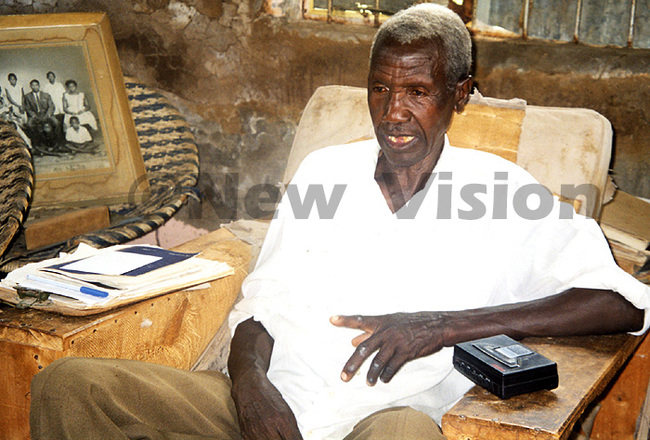 The story of Kanuti only adds to the long list of uncelebrated heroes of Uganda silently fading away in their undignified retirement.

"Government should not wait for him (Kanuti) to die then spend lavishly on his burial. He should taste the benefits of his service while still alive," said Soroti District chairperson Stephen Ochola previously.

Decades since he quit the army, the husband of two, a father of 16 and grandfather to 21 is still anxious to receive his reward.

"I left with a clean record in the army. I committed no crime while in service and I deserve a decent retirement," he said. A pang of pain reels through his frail voice but with a clear recollection of the past that he is pleased to be associated with.

Several government officials have in the past visited him, promising to bring to the attention of President Yoweri Museveni what the ex-serviceman is going through but with nothing much forthcoming.

Currently living in a dilapidated house built with personal savings from service in the army, it is the dream of Kanuti though that what he has been promised in the past comes forth before he dies.

Among the things government representatives have in the past promised to help him acquire are decent residence, a vehicle and some stipend to survive on.

"After I lost my first wife, a group of army officials came to offer their condolence and I tried to remind them of the pledges. I am getting advanced (in age) and about to lose hope in anythinG," he previously said.

"But I am happy even in the conditions I have lived in. I played my role and would not demand for much recognition but a peaceful Uganda." 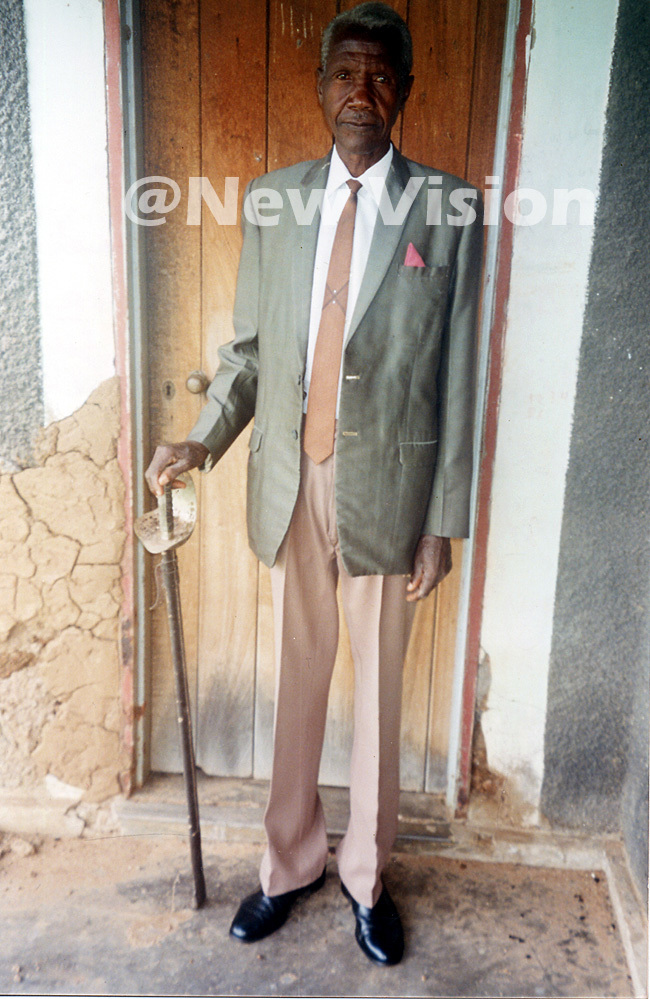 What Kanuti desires is a peaceful Uganda