MENU
'Sports can come back but without fans'
Previous Story

Uganda Premier League to be postponed, say...
Next Story

'If I am not fit, my family will not eat'

"I have engaged myself in agriculture, such as growing watermelon and pineapples in Mukono to improve on my income," says Cranes defender Savio Kabugo.

"I have engaged myself in agriculture, such as growing watermelon and pineapples in Mukono to improve on my income," says Cranes defender Savio Kabugo.

KAMPALA - Uganda Cranes player Savio Kabugo has advised fellow players to remain fit and also establish at least one side business to bolster their livelihood.

"When I am not fit, my family will not get what to eat. That's why even in this period [coronavirus pandemic], I train so hard to be fit.

"So fellow players, don't relax - try to work out. This leaves your body in good shape and by the time you return to club training, you are not badly off," said Kabugo.

"I have engaged myself in agriculture, such as growing watermelon and pineapples in Mukono to improve on my income. So you don't have to depend on only playing football since you might be in a situation when you are not playing - like now.

"At the moment, we are not playing. That means you will starve if you didn't save. But if you have a side business, it can support you," added the Cranes defender.

The former SC Villa player is fondly remembered for the winner against Ghana in the 2015 qualifiers at Namboole. He almost quit the sport because of an injury that he took long to recover from.

He last played for the Cranes in 2017 during the 2018 Africa Nations Championship (CHAN) qualifiers.

Kabugo revived his career when he left Villa in 2018 to join DRC's AS Vita Club, before moving to Ethiopian side Sebeta Kenema FC in October last year, for which he is currently playing.

Coronavirus: Players are feeling the pinch 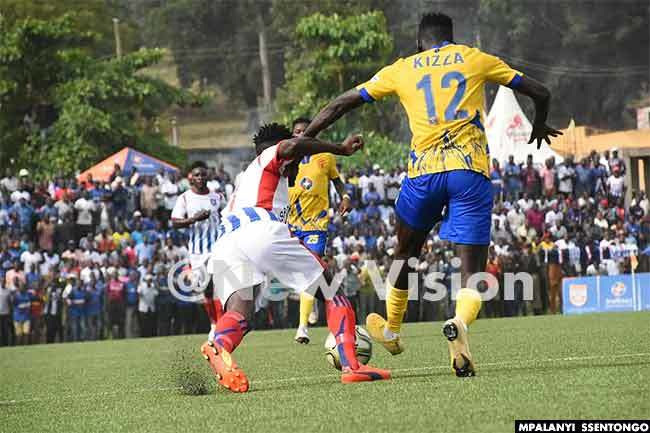 He told New Vision that the postponement of the CHAN finals worsened the situation.

"The outbreak has affected us players since we benefit from game bonuses. We are not playing at the moment, which means we are not earning anything," he said.

"Some of us had hoped that we would earn some money when we compete in CHAN since the league had taken a break, but it is now impossible."

The CHAN finals that had been slated for April in Cameroon features on the long list of sporting events that have been postponed as the world deals with the coronavirus pandemic. Other sporting events have been cancelled.

Kizza, who has previously had trials with Spanish side Real Valladolid and Morocco's Hassania Agadir, says he is training to keep fit during this time of lockdown.

His advice to fellow Ugandans is to adhere to the guidelines provided by officials to fight the coronavirus.

In fact, he is not allowing visitors.

"During this time, I do not visit anyone and I do not allow anyone to visit me.  I also follow the measures given to us by the Ministry of Health to wash our hands with soap and water regularly and to avoid crowded places.

"So let's stay home to avoid contact with other people," urged Kizza.

Think about us too, Luzira women ask Museveni