“Stress levels have increased among people who are not employed and those relying on handouts. As such, the daily demands take a toll on them, resulting in domestic violence,”

“Stress levels have increased among people who are not employed and those relying on handouts. As such, the daily demands take a toll on them, resulting in domestic violence,”

COVID-19| MENTAL HEALTH
The suicide of Thomas Schaefer, the finance minister of Germany's Hesse state, shows how the coronavirus epidemic is taking a toll on mental wellbeing. Schaefer's suicide reportedly followed his being deeply worried over how to cope with the economic fallout from the coronavirus, which caused him stress.
Mental health experts note that when there is a traumatic situation, as it is with COVID-19, the prevalence of mental health illness increases.
In Uganda, for example, the Police spokesperson, Fred Enanga, says since the lockdown started, the child and family protection unit has registered several cases of domestic violence.
Enanga says confinement in homes has increased tension, especially for 16couples that have not been bonding well. He cites two cases of murder out of the domestic conflict that happened in Gulu recently.

He also highlights an incident in Kamuli district, where a wife assaulted her husband who became unconscious and thinking he had died, she committed suicide.
Enanga also mentions two cases of homicide in Kisoro district within the COVID-19 lockdown period.
"Stress levels have increased among people who are not employed and those relying on handouts. As such, the daily demands take a toll on them, resulting in domestic violence," he says.
Derrick Kizza Mbuga, the executive director of Mental Health Uganda, says COVID-19 has accelerated fear, confusion, stress, anxiety, worry and other symptoms of mental illness.
Experts say the pandemic is likely to predispose many people to mental illness, for example, depression, anxiety, substance abuse, suicide, and homicide, not to mention symptoms of post-traumatic stress disorders. 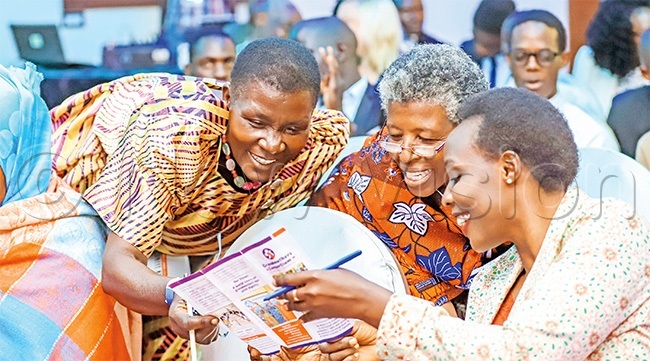 Reading together as a family can keep away mental issues
"We are likely to have new cases of mental illness, especially among people who are in both self and institutional quarantine. But also, their relatives because they are anxious and worried," Kizza notes.
He says someone with depressive tendencies feels sad, has low energy and finds it difficult to complete even the smallest task. Such a person also  harbours feelings of inferiority, has a sense of guilt, cannot concentrate, has a low appetite and poor sleep pattern. Most importantly, an individual feels worthless and hopeless.
Linking mental illness to COVID-19, Kizza says when people are in the midst of so much information about deaths resulting from the pandemic being churned out all the time, it only creates worry and anxiety.
Dr. Hillary Irimaso, who is the general secretary of the Psychiatric Association of Uganda, says with the lockdown, people with underlying mental health illness are finding challenges getting medication.
"Even for those with little stock of medicine, sooner or later they run out of supplies and may not get refills until the lockdown ends," he says.
Additionally, fear to lose jobs and adjusting to work from home which requires a lot of self-discipline amidst so many distractions are the other causes of mental illness during the lockdown.
Irimaso says anxiety happens when one worries about the future, while fear is a reaction to current events. These feelings may cause physical symptoms such as a fast heart rate and shaking.
STATE OF MENTAL ILLNESS
Kiiza says information on mental health in Uganda is scanty because of stigma and fear.
Some people do not report the problem because of the perception that mental health is not a medical problem but a traditional-related illness.
Globally, the World Health Organisation estimates that 10% of every population has suffered mental illness. This implies that 10% of Uganda's 42 million population, or 4.2 million people, have suffered mental illness.

This may be depression, anxiety, trauma, post-traumatic stress disorder, and substance abuse. 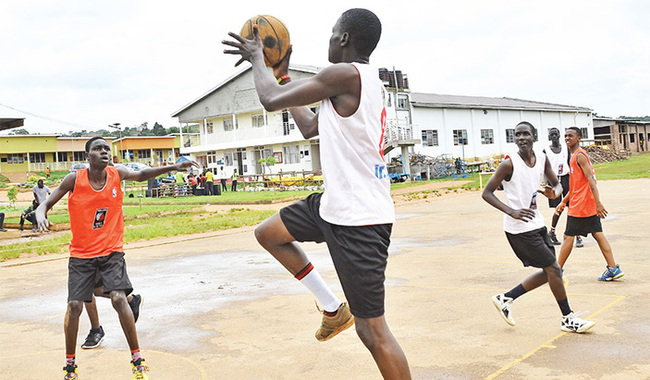 Dr Julius Emuron, a senior consultant psychiatrist at Butabika Hospital, says the commonest behavioural changes with anyone who has a mental illness are fear, worry and sadness. Once the person has trouble connecting with others, HEALTHwithdraws and has difficulty sleeping, this may be the beginning of mental illness.
As COVID-19 sweeps across the globe, Kizza says reduced or lack of sleep, poor appetite, anxiety, isolation and pre-occupation with updates are danger signs.
The other signs are restlessness, excessive worry, irritability and anger over small things and self-isolation.
SUPPORT FOR PEOPLE WITH MENTAL HEALTH DISORDERS
Although everyone is vulnerable, people with a history of mental illness, the anxious and stressed are more vulnerable.
Emuron says in this case, family support plays a big role in ensuring their wellbeing.
Specifically, Kizza says people with a history of such illness should be protected from too much information about COVID-19 such as the daily death toll.
"There is an obligation to get information, but too much of it can bring about mental health problems. It accelerates fear and anxiety," he warns
Instead, the family should be very close to the affected people. In addition, create spaces to talk about other things that are important in life, for example, about business or the future to distract their thoughts.
However, this can only be achieved if family members are available and are willing to provide the necessary support, Kizza says.
To prevent anxiety, Kizza says there is need to get the right information from authentic sources, rather than relying on social media.
Emmanuel Ainebyoona, the communications officer at the health ministry, says there is a plan to create a helpline to deal with mental health issues. In the meantime, the call centre agents have been guided to attend to issues of mental health, he says.
In addition, the Uganda Psychiatric Association has also put together a team of psychiatrists to be reached online and on phone to answer some of the mental health challenges, Irimaso says.
He adds that the Uganda Counselling Association is also on high alert and responds when called upon.
Emuron says if someone is already on medication, it may be helpful to ensure there is availability of drugs and adherence to treatment.
WHERE TO GET THE RIGHT HELP
With the restricted movement, Emuron says people grappling with mental illness can get services at the nearest health facilities.
He says capacity has been established to provide emergency care at all lower health facilities, hospitals, and regional hospitals.
Irimaso says if someone feels overwhelmed with fear or anxiety, talking to them helps to calm them down.
"Sharing concerns with family, friends or colleagues, acknowledging one's fears helps.
"By acknowledging those fears, and talking to others, they get reassurance that things will be fine," he says.
Irimaso adds that prayer, getting enough rest, exercises and eating healthy also helps to curb anxiety.
He says developing a routine, getting adequate sleep, drinking plenty of water and avoiding negativity can help one overcome mental illness.
"When family members notice one is overdrinking, withdrawn, seems to have suicidal tendencies, they should avoid confronting them unprofrssionally," he says.
"Communicate your concerns in a calm way. Avoid sounding judgemental.
"Get into a dialogue rather than accusations," he adds.
Irimaso says people usually open up about their fears and worries if they are talked to with concern and calmness.
After listening to what they are going through, reassure and help them to seek counselling or mental healthcare.
In the event that someone feels overwhelmed by being around others, they should avoid as much as possible escalating the situation into verbal or physical abuse. Instead, they should find a different spot to cool down and then refocus on other activities such as exercises, he notes.
"Activities such as reading, talking to less probing individuals within the household, listening to music, or watching TV help can help one to calm down," Irimasu notes.
SANITY CONCERNS
Kizza says confining people home is likely to bring high levels of stress and depression even for people without a history of mental illness.
"In a situation such as the COVID -19 pandemic, people's minds tend to run into the extreme of difficult thoughts," Emuron says.
He says it is important that people guard against losing sanity by trying to figure out what they can do to make the situation better in order to survive.
Additionally, Irimaso encourages keeping in touch with other people.
"When you interact with people, it takes your mind away from some distressful thoughts," he says.
Irimaso says people should develop a routine to operate on a daily basis. This may include engaging in some form of physical activity upon waking up, doing chores plus activities that allow people to interact.
Meditation helps to identify one's strengths and how they were able to deal with difficult situations in the past.
Kizza says during the COVID-19 lockdown, people should turn to bond more with family and loved ones.
"Try doing things that you enjoy most, for example, reading a book, listening to music and exercising," he says.
5 MINUTE CHECK UP
When to seek help
Emuron says the key feature of mental health is impairment in function; inability to take care of oneself, interact with other people or to manage things around oneself. When people fail to do things they used to do before, then there is a problem. Other symptoms are irritability and getting persistently angry.
Unusual change in behavior, for example, drinking more or taking unprescribed medicine, are a sign that a person needs to seek help.
Family members should speak to the person in their private space. See a counsellor if the situation worsens.
WATCH OUT
Experts say someone with depressive tendencies feels sad, has low energy and finds it difficult to complete even the smallest task. Such a person also harbours feelings of inferiority, has a sense of guilt, cannot concentrate well, has reduced appetite and poor sleep pattern, which could point to a mental problemway

What an alternative use of a rail line!

The faces behind the Isimba Dam project