Muganga’s sister's regular checkup was long overdue. He braved the 4km distance to push his sister in the wheelbarrow to a government hospital.

Muganga pushing his sister in a wheelbarrow to Kawempe National Refferal Hospital. (Photo by Reginah Nalunga)

Muganga’s sister's regular checkup was long overdue. He braved the 4km distance to push his sister in the wheelbarrow to a government hospital.

KAMPALA - Stanley Muganga, a 56-year-old resident of Makerere Kavule, on Tuesday pushed his sister in a wheelbarrow to Kawempe Referral Hospital for a checkup.

His sister's regular checkup was overdue and he could not take it anymore. Muganga braved the highway with his sick sister sleeping in the wheelbarrow.

He bypassed Police roadblocks along Bombo road, who were gripped with anxiety. His elderly sister looked fragile, helpless and nervous. She seemed exhausted even before they could reach the hospital. 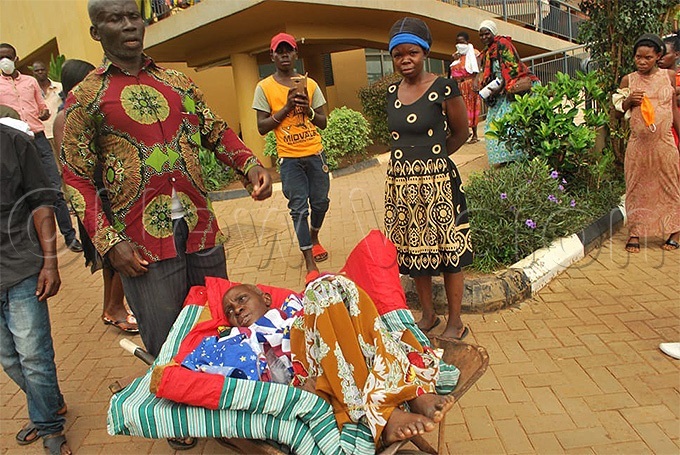 After persevering for 4.2km, Muganga finally reached the hospital. He was given a clear pass by the Police at the hospital gate. I suppose, they realised his case needed urgent attention. 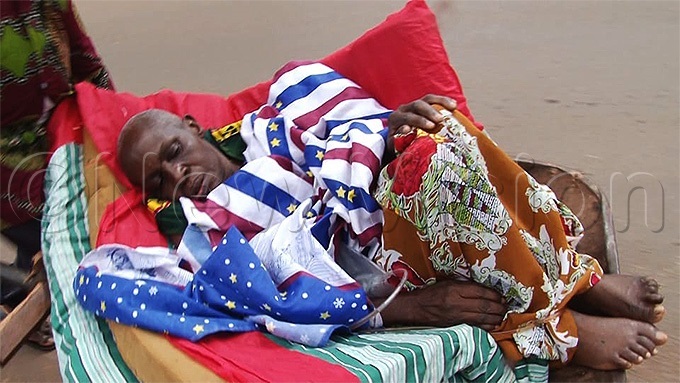 "I had wanted to take my sister to the hospital since last week but I failed to get an ambulance. Besides, I don't own a car," Muganga sadly said.

A few weeks ago, President Yoweri Museveni among other directives banned private and public transport in a bid to curb the spread of COVID-19.

For any private vehicle to be allowed to move, it has to seek permission from the Resident District Commissioner (RDC) and only if it is an emergency. 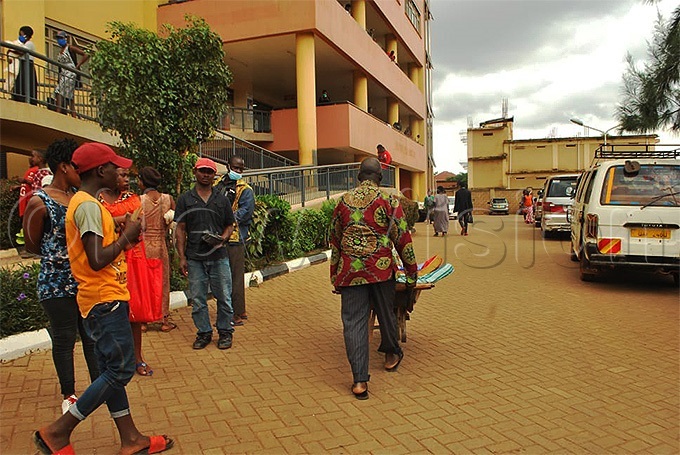 Muganga pushing his sister to the treatment ward. (Photo by Reginah Nalunga)

However, for some time now, masses have found seeking permission from RDCs quite hectic. The RDCs are overwhelmed with numbers of people seeking clearance for an emergency.

It is evident immediately you reach an RDC's office. The offices have queues waiting to be worked upon.