Dr. Edward Ddumba, a specialist in neurology, was the medical director of Nsambya Hospital prior to his death. Previously, he worked as the Executive Director of Mulago National Referral Hospital (2006-2010).

Dr. Edward Ddumba, a specialist in neurology, was the medical director of Nsambya Hospital prior to his death. Previously, he worked as the Executive Director of Mulago National Referral Hospital (2006-2010).

KAMPALA - Tributes have been paid to Dr. Edward Ddumba, the former medical director of St Francis Hospital Nsambya, who succumbed to cancer-related complications on Saturday at the age of 67.

His eulogies were delivered during the requiem mass at Nsambya Hospital Chapel on Sunday.

Among those who eulogized Ddumba were members of the medical community of Nsambya Hospital, who spoke highly of his positive simplicity and dedication to the hospital and the medical profession in general. 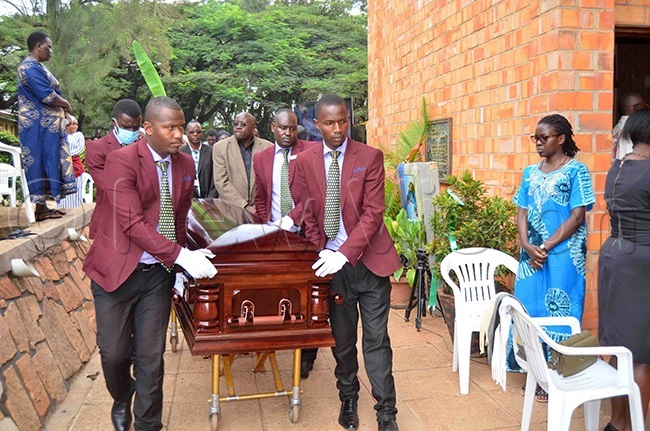 The Chairman of the hospital's board, Prof. Freddie Ssengooba referred to Dr. Ddumba as a giant of the medical profession, who trained and mentored many physicians. He also spoke warmly of his peaceful and joyful demeanor, which made everybody around him to feel comfortable and peaceful.

"Everyone who has interacted closely with Dr. Ddumba can testify about his friendly and joyful character. Often times when we are in our board meetings, we discuss very serious issues. But even if the issue under deliberation were a tense one, Dr. Ddumba would come up with a joke and change the situation right away. Dr. Anthony Kayiira, the son of Dr. Ddumba eulogises his dad during the requiem mass

"Dr. Ddumba was a committed physician with an enormous passion for the social welfare of his medical staff.  If he brought you his budget, intended to improve the welfare of the staff, he would not let you relax until you approved it."

The Deputy Medical Director of the Hospital (Nsambya), Dr. Peter Ssekweyama broke down as he spoke about Dr. Ddumba's generosity, fatherly character, and exemplary leadership. 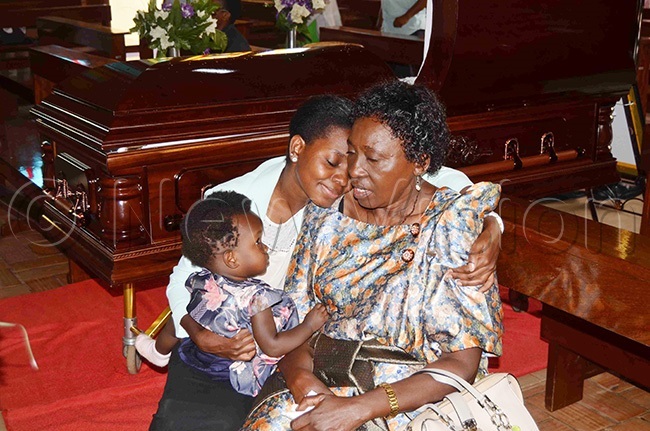 The widow, Veronica Ddumba being consoled by a relative during the requiem mass

Dr. Anthony Kayiira, the son of Dr. Ddumba who spoke on behalf of the family called his father a "wonderful physician and greatest dad of all times."

"Dad was an embodiment of passion excellence and humility. He was a loving husband, father, teacher, mentor, and champion of pro-people health policies. He always looked for the best and got the best out of us. He always advised us not to put emphasis on short-term goals but to do those things that we shall leave behind as our legacy." 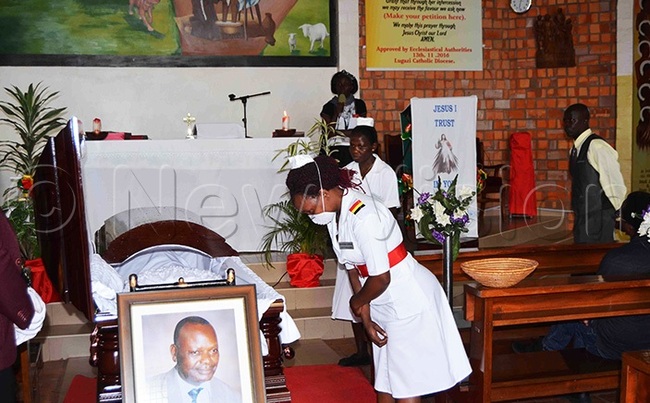 A nurse pays respect to Dr. Edward Ddumba during the requiem mass

Delivering his homily during the requiem mass, the Rev. Msgr. Charles Kasibante also praised Dr. Ddumba who he said loved the Lord with all his heart. He said the Catholic Archdiocese of Kampala was very grateful to Dr. Ddumba for his love and commitment to the Church, which he, fortunately, died serving.

Kasibante later delivered the condolence message from the Metropolitan Archdiocese of Kampala, Dr. Cyprian Kizito Lwanga. The Prelate assured the widow, Veronica Ddumba and the children of the Prelate's prayers and moral support.

The requiem mass was attended by members of the community of St. Francis Hospital, Nsambya. 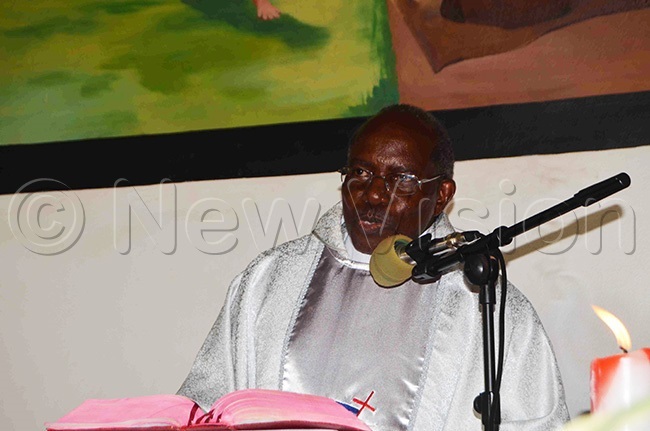 Msgr. Charles Kasibante delivers his homily during the requiem mass

The mourners were nonetheless not allowed into the chapel, in observance of the health ministry's guidelines on COVID-19.

They followed up the mass on screens, which were placed in the chapel's compound. But even as they watched the proceedings of the mass from outside, they were made to keep a distance from each other. Only about eight members of the family were allowed in the chapel. 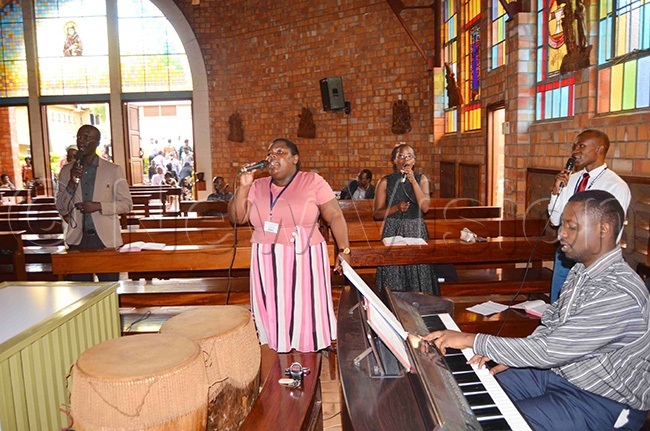 The burial of Dr. Edward Ddumba will not take place as soon as earlier expected. The management of Nsambya Hospital has agreed with the family of the late Dr. Ddumba to postpone the deceased's burial for some weeks so that the deceased can be accorded a decent burial.

The Chairman of the hospital's Board, Dr. Freddie Ssengooba said Dr. Ddumba has taught and mentored many physicians, treated many Ugandans and improved the quality of life of thousands of people through his service as a Rotarian, which was why it was very desirable that he be accorded a decent burial.

Ssengoba advised Dr. Ddumba's friends, professional colleagues, associates and all Ugandans who want to attend the burial to wait for the communication from Nsambya hospital.

Meanwhile, the management of the hospital has put in place a condolence book at the hospital's reception, where people can write their condolence messages, starting on Tuesday (April 14). 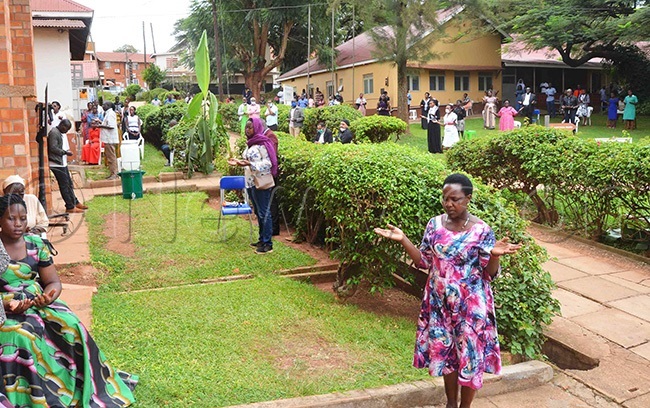 A brief on Dr. Ddumba

Dr. Edward Ddumba, a specialist in neurology, was the medical director of Nsambya Hospital prior to his death.

Previously, he worked as the Executive Director of Mulago National Referral Hospital (2006-2010).

He also headed the department of Internal Medicine at Mulago Hospital.

He was also a teacher of medicine at Makerere University College of Health Sciences for over two decades.