MENU
Easter news across the globe in pictures
Previous Story

Four arrested over murder of German national
Next Story

The government is considering making people stay at home in Delhi, Mumbai and other major cities while opening up rural parts of the country that have so far been relatively untainted by coronavirus.

The government is considering making people stay at home in Delhi, Mumbai and other major cities while opening up rural parts of the country that have so far been relatively untainted by coronavirus.

Key industries are warning of social unrest unless India's Prime Minister Narendra Modi makes concessions when he announces any extension Tuesday to a three-week pandemic-lockdown for the country's 1.3 billion people.

The lockdown ends at midnight Tuesday, but several state chief ministers have already said they plan to extend it for at least two more weeks.

With time running out, the government has not laid out any national plan.

Modi, who is to make a nationwide address at 0430 GMT Tuesday, is caught between growing fears over the pandemic -- cases have surged in recent days to more than 9,150 with 308 deaths -- and the need to get the economy moving again.

Reserve Bank of India governor Shaktikanta Das called the coronavirus an "invisible assassin" that could cause havoc with the economy.

The national restaurants association, which said its members employed seven million people, warned Monday there could be "social unrest" if it did not receive financial relief. 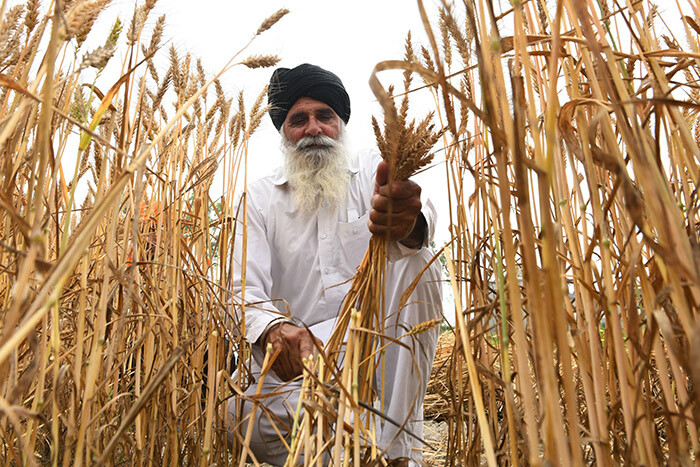 A farmer harvests wheat crops in a field on the occasion of the Baisakhi festival during a government-imposed nationwide lockdown as a preventive measure against the COVID-19 coronavirus, on the outskirts of Amritsar on April 13, 2020 (Photo by NARINDER NANU / AFP)

The government is considering making people stay at home in Delhi, Mumbai and other major cities while opening up rural parts of the country that have so far been relatively untainted by coronavirus, according to some reports.

Media have predicted it would be relaxed for key sectors such as agriculture.

With thousands of trucks carrying food and other essential produce being stuck at internal borders, the home ministry has already sent out new orders to states calling for better movement of essentials.

Farms, still the bedrock of the economy, are heading into their most important harvest time of the year with massive transport of crops that earn money to finance many villages for months.

The commerce ministry has also reportedly urged the government to consider opening more activities "with reasonable safeguards" even if the lockdown is extended.

The government has a long list of sectors which want to start work again.

The car industry, already hit by the economic slowdown, has been pressing to reopen factories.

The possibility of arranging staggered shifts for different sectors is also being considered by authorities as a way of cutting down contact between workers.

Economic growth slowed to about five percent in months ahead of the coronavirus crisis.

Now some analysts say growth could slump to 1.5-2.0 percent this year -- way below the minimum needed to provide jobs for the millions coming onto India's labour market each month.