More than half the world over four billion people are in lockdown worldwide as governments scramble to halt the pandemic's deadly march across the globe.

Collective prayers and gatherings have been suspended in Burkina Faso as a precautionary measure against the spread of the COVID-19 coronavirus. (Photo by OLYMPIA DE MAISMONT / AFP)

More than half the world over four billion people are in lockdown worldwide as governments scramble to halt the pandemic's deadly march across the globe.

Billions around the world marked Easter Sunday from lockdown at home as the pope addressed followers from an empty cathedral to urge solidarity in fighting the coronavirus pandemic and the European death toll topped 75,000.

Unprecedented scenes of empty churches emerged from Italy to Panama and the Philippines as religious leaders found creative ways to address parishioners marking the holiday weekend from the confines of their homes. 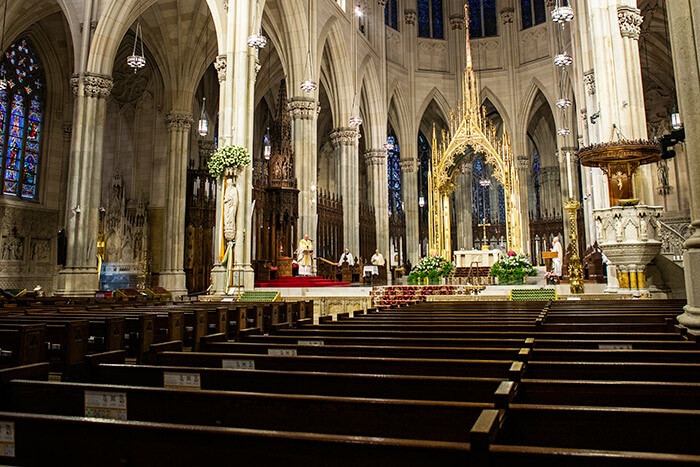 Cardinal Timothy Dolan celebrates Easter Mass amid the Coronavirus pandemic in the near empty St. Patrick's Cathedral on April 12, 2020 in New York City.

More than half the world -- over four billion people -- are in lockdown worldwide as governments scramble to halt the pandemic's deadly march across the globe.

The toll from the virus soared past 109,000 this weekend, with more than 1.7 million reported infections globally. But with only those most serious cases tested, the real number of cases is thought to be much higher.

Europe, by far the hardest-hit continent, on Sunday marked a grim milestone with more than 75,000 dead, according to an AFP tally.

The United States, which is quickly emerging as a hotspot, on Saturday marked its own dark landmark: more than 20,000 dead, out of around half a million infected. 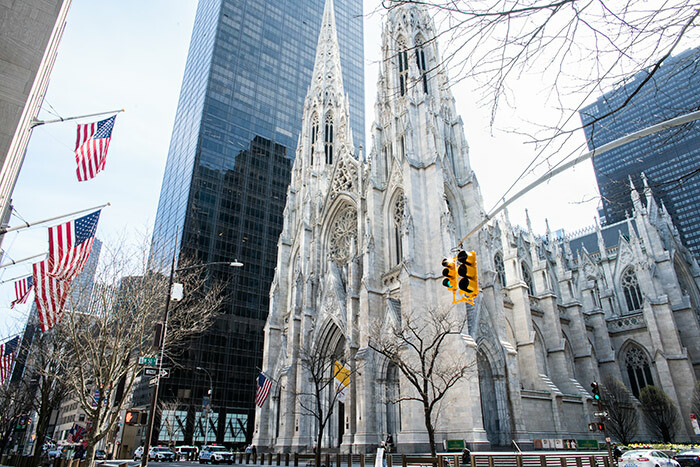 Outside view of the St. Patrick's Cathedral while Cardinal Timothy Dolan celebrates Easter Mass amid the Coronavirus pandemic on April 12, 2020 in New York City.

The US now has the highest death toll and the most cases of any country in the world from the virus, which first emerged in China late last year.

Speaking from a near-empty Saint Peter's Basilica in Rome, Pope Francis' Easter Sunday message was largely focused on the pandemic, offering prayers for the ill.

"For many, this is an Easter of solitude lived amid the sorrow and hardship that the pandemic is causing, from physical suffering to economic difficulties," he said in a livestreamed message beamed around the world.

He called for European "solidarity" in the face of the virus, adding: "After the Second World War, this beloved continent was able to rise again." 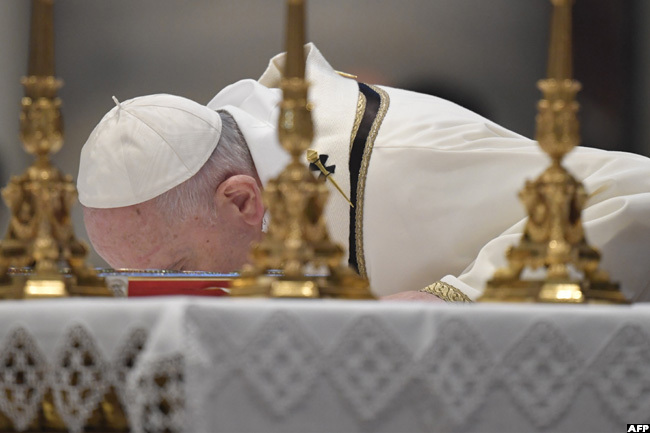 On the outskirts of Rome, one devout follower held a video session with two other families to mark the holy day in lieu of being able to gather in church.

"Before lunch, six of us connected online for the Angelus prayer," said Rosa Mastrocinque, adding that her "spirituality has increased" during her weeks-long isolation at home.

The pope had earlier urged creativity to mark the holy weekend -- a call that was met by some of the world's two billion-plus Christians.

In Panama an archbishop blessed his nation from a helicopter, while one priest in Portugal addressed the faithful from the open top of a moving convertible car and US President Donald Trump said he would follow Easter services online. 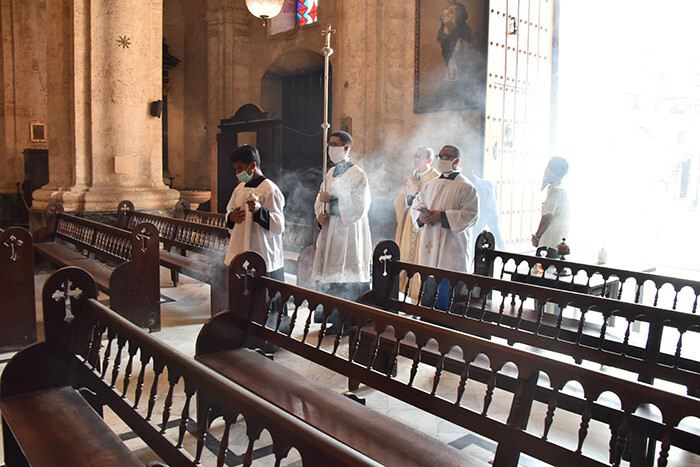 Father Yosvany, parish priest of Havana's Cathedral, officiates the easter mass with few parishioners, on April 12, 2020 in Havana, amid the spread of the COVID-19 disease. (Photo by ADALBERTO ROQUE / AFP)

In one church north of the Philippine capital Manila, hundreds of pictures of parishioners were taped to pews as a priest led a Sunday service in a near-empty sanctuary.

"Those photos are the representations of the people who are watching and attending mass through livestreaming, so we also feel their presence virtually," said Father Mark Christopher De Leon.

As virus-tinged Easter celebrations were held worldwide, leaders in some hard-hit countries expressed cautious optimism that the number of deaths and infections could be starting to peak.

And though Italy was nearing the 20,000 dead mark, its daily death toll and rate of new infections has started to level off. In France, newly reported coronavirus deaths fell by one-third from Friday to 635 on Saturday.

"A very high plateau for the epidemic appears to have been reached, but the epidemic remains very active," said French health official Jerome Salomon, urging people to remain vigilant.

In the United States, New Orleans and hardest hit New York saw a slowdown in the number of new infections, deaths and hospitalisations, offering a shred of hope.

Trump said this past week that the disease was near its peak in the US and he was considering ways to reopen the world's biggest economy as soon as possible.

But in Britain, the death toll crossed the 10,000 threshold Sunday after more than 700 new deaths were reported.

The number came in as virus-stricken Prime Minister Boris Johnson was released from a weeklong stay in hospital -- including three days in intensive care -- vowing to lead Britain in beating the outbreak.

"We will defeat this coronavirus and defeat it together," the 55-year-old leader said in a video message, thanking medics he said saved his life "no question".

Despite signs of good news emerging in some countries, the World Health Organization has warned countries against lifting lockdown restrictions too early. 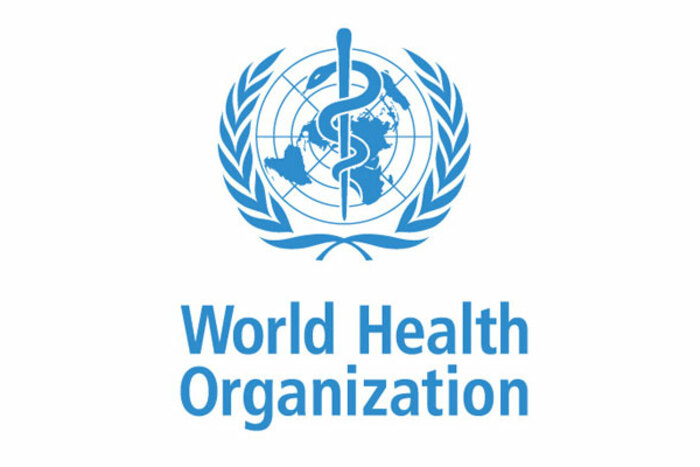 Life in the central Chinese city of Wuhan has started to creep back to normal after lockdown measures were eased, but the country is now seeing more imported infections -- compounding fears of a so-called second virus wave.

Governments around the world are under pressure to keep populations safe while preventing the collapse of their economies, amid warnings from the International Monetary Fund of a downturn not seen since the Great Depression.

The world's top oil-producing countries said they would hold an emergency videoconference on Sunday afternoon to address the problem of plummeting oil prices caused by the pandemic.

There are also worrying signs the virus could be taking hold in new -- and vulnerable -- parts of the world, from the crowded slums of Mexico City, Nairobi and Mumbai to conflict hotspots in the Middle East.

Conflict-wracked Yemen reported its first case last week, while in Mumbai's crowded Dharavi slum -- one of Asia's biggest and the inspiration for the 2008 Oscar-winning film "Slumdog Millionaire" -- more than 43 cases have been confirmed.

All shops, except pharmacies, were closed near so-called "containment zones" to limit the number of people in public spaces.

"We have been running extensive medical camps in Dharavi and other areas of Mumbai to test more people for coronavirus and make sure carriers are not ignored," sai Mumbai official Khabale-Patil.