Mary Karooro Okurut, the Minister in charge of General Duties is also the supervisor of the COVID-19 response fund. Photos by Eddie Ssejjoba

KAMPALA -All Government Ministries, Departments, and Agencies (MDAs) have been directed to surrender their double cabin pickups to the Ministry of Works by Sunday to help in the distribution food aid, during the 14-day lockdown aimed at curbing the spread of COVID-19 disease.

Mary Karooro Okurut the presidential political appointee in charge of the COVID-19 Fund noted, "This is a must and not a request.  I have ordered all MDAs to send their pickups tomorrow by 8:00 am, to the Ministry of Works and Transport, I have directed all the Permanent Secretaries to effect this communication to all MDAs concerned," Karooro said.

She also noted that the Government had opened up a National Response COVID-19 Fund, Account Number 9030017338551 in Stanbic bank.

She also noted they had asked Mobile telephone providers MTN and Airtel to provide numbers where members of the public who were interested in contributing funds would send their money and that all funds collected would be channeled to the account and accounted for accordingly.

On Tuesday, President Yoweri Museveni appointed Karooro, the Minister in Charge of General Duties in the Office of the Prime Minister, to take charge of the fundraising initiative towards the coronavirus response.

Karooro will give political oversight to the 14-member Committee headed by Emmanuel Katongole who is the Chairperson. 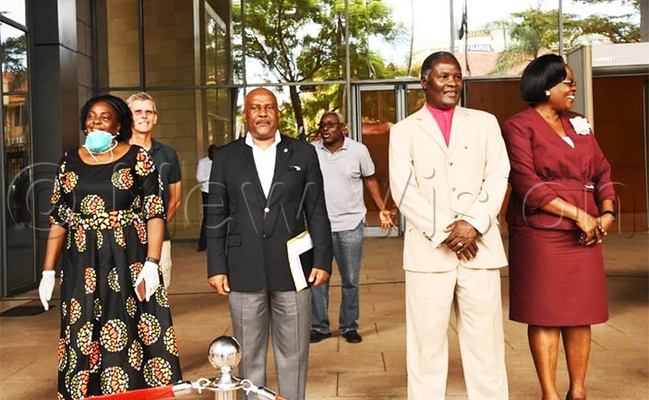 Some of the COVID-19 response team leaders

On Tuesday, the Prime Minister Dr. Ruhakana Rugunda announced the presidential appointees on Tuesday morning as he launched a COVID-19 national response fundraising drive aimed at mobilising resources and funds to boost the coronavirus fight in the country.

"A number of people have been asking in regard to where they can channel the resources they would want to contribute. We want to have clarity in government as to how this will be done. We want to help government officials, especially those at the frontline of the fight against Covid19, to concentrate on the tasks they are supposed to be performing," he said.

Rugunda noted that Okurut is tasked with ensuring that the fundraising efforts are not mismanaged and that people have the confidence to make contributions with an assurance that the funds will be used for the intended purpose. 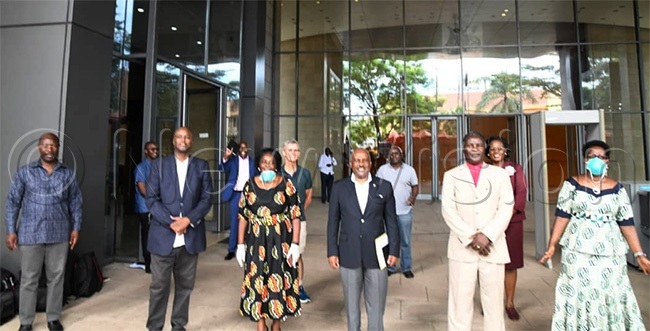